STATUS: This is the second time my sister's gotten sick after eating raw oysters. I don't care if it apparently tastes decent, one bad oyster can mess you up and it's not a good time to go to the hospital. 6 mos ago 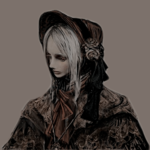 6 mos ago
Current This is the second time my sister's gotten sick after eating raw oysters. I don't care if it apparently tastes decent, one bad oyster can mess you up and it's not a good time to go to the hospital.
6 mos ago
Kiryu singing Ijisakura in Ishin nearly moved me to tears. Y'all I've been getting so emotional over everything lately, something's up.
6 mos ago
Started rewatching Vento Aureo and teared up when the whole Bucci gang appeared. What has my life become.
4 likes
6 mos ago
Suddenly remembered what it was like to RP for the first time, like when I was 9 or somethin. An entire post would be like | Character: *walks around*
19 likes
6 mos ago
I just straight up forgot about this site for 11 months huh
1 like

In Current Mood in One Gif → 1 yr ago Forum: Off-Topic Discussion
Fighting Gold is a hype song but then I think about all the characters & get sad, so...

He managed to survive the undead menace of Oregon by tagging along with groups of varying skill and potential of survival, and there were a few where he considered staying, really, but something always happened and Gryphon always left. But it wasn't like he could make it through the rest of the year keeping that up, unless he could find a functioning community for once. He'd seen the desecrated husks of more than five at this point. There were signs of forced entry in a few, signs of carelessness in a couple, and signs of nothing in one. That last one had to be infighting. Maybe a community wasn't a great idea.

A few hours earlier he tripped over a mall in Portland and with that vulture mentality in play, found his way in. Not the best place to be solo, but he was running out of food and wasn't confident he could live for another week on the stalest chips in the world. Gryphon prowled on towards the food court, eyes darting to every noise with that gun in one hand and a switchblade in the other. Only one of those things were going to be effecting, but hey. A little peace of mind was in demand.
In Post a random fact about yourself. → 2 yrs ago Forum: Spam Forum
Explaining Josuke and Giorno to my sister, who doesn't watch Jojo, was a heckin' trial. Like, this high schooler is the uncle of this adult marine biologist because Joseph made the family tree kind of weird but DIO made it even weirder because that's technically Jonathan's sperm. That's what you get for asking smh 🤔