STATUS: I'm not drunk, I only finished the bottle of wine. 3 hrs ago

3 hrs ago
Current I'm not drunk, I only finished the bottle of wine.
2 likes

I'm a long-time Roleplayer looking to do something with my life. My name is Oliver and I'm a 22 year old that lives with relatives somewhere outside Tampa. I like 2D fighting games, discovering new music on the daily, and I'm about as much of a weaboo as the next guy. At the moment, I'm currently in the middle of guerilla warfare with the roaches in my bathroom and the dumbest thing I've ever done was fly across the country for work during a national crisis.

I don't have a preference for Roleplaying though I tend to bore very easily and get distracted by the next shiny plot that comes along. I'm open to about anything though I'm too inexperienced for smut (I have to know my partner for a minimum of a year before I feel comfortable writing it anyway). I've been Roleplaying for a little over a decade and I'm mostly adjusted to "chat-based" Roleplays (i.e. Discord), but I'm open to new experiences. That's all I can think for now, but ask me anything and I'll (probably) be happy to share. 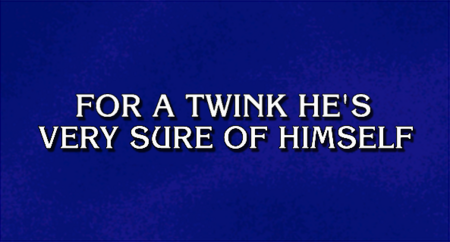 Down in the gutter and looking for trouble,
Or something to that effect.

In Good Evening → 17 min ago Forum: Introduce Yourself
Welcome to the community. What are you looking to write while here?
In Back from the dead → 4 hrs ago Forum: Introduce Yourself
Welcome back. I hope that you're able to find a Roleplay that suits your taste.
In Post a random fact about yourself. → 5 hrs ago Forum: Spam Forum
I've seen about a dozen live concerts in my lifetime.
In How do YOU do 1x1s? → 6 hrs ago Forum: Roleplaying Discussion
I've mostly had 1x1s on Discord with my close friend (now ex-girlfriend) for about a year and a half now. I usually lead the plot with the most amount of characters and NPCs though it's always clear that she could take it in any direction that she'd liked. We've have had several 1x1s going at once in the past with similarities between each. Usually, it's characters or setting interwoven into our multiverse. We currently have one ongoing plot, Starfall, though it's on hold at the moment for a few reasons. And most of the reasons are me, admittedly.

Generally speaking, we usually discuss our concepts beforehand and plan out characters, even ones that'll appear later, from the start. We do alright though usually stray after a few months into the project and get bored only to abandon it. My best friend from high school and I also have a 1x1 that we've been doing since 2017. This has been mostly been "on the spot" plotting and it mostly focuses on character development or world lore. We've had retcon things here and there, but we aren't writing professionally, so I don't worry about it too much. We started on the days of Skype and have since switched over to Discord. We also met in our math class which is always funny to me!

As for on the Guild. . Eh? I've been invited to a few 1x1s here and there, but my partner(s) have been dipping or there's been a radio silence between us. I had one Roleplay that I was in the process of writing eleven characters for, but then my partner left all of our DMs and hasn't responded to my Discord message. I've been working on a 1x1 interest check too, but uh. . It's very slow going.
In Post a random fact about yourself. → 1 day ago Forum: Spam Forum
I excessively chew gum when I'm stressed out.
In One good thing about today. → 1 day ago Forum: Spam Forum
I'm having ice cream as my first meal of the day.
In This is kinda old → 1 day ago Forum: Introduce Yourself
Welcome back to the Guild. What era of history are you most interested in?
In Red in Tooth and Claw → 2 days ago Forum: Casual Roleplay

So standard fare for an apocalypse situation?