STATUS: The Franz has returned! 6 yrs ago 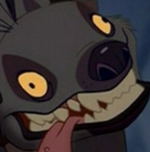 6 yrs ago
Current The Franz has returned!
2 likes
6 yrs ago
To all my great partners; I'll be gone until Januray with very limited if any internet. So there will most likely be no replies until then.
1 like

This probably needed an update too, but I'm too lazy to actually put any effort into it.

Hello there, I am Franz, a 25 year old who writes things. There is very little else to it, except perhaps that I find it fun and it is a great way to do something else for a while. Fantasy is what I do most, but more often that not open to other things too.

In Once Upon A Time ... → 2 yrs ago Forum: Spam Forum
Vassal was a great read! Love the characters and their interactions in particular. They're great fun and totally infuriating at times, in the best way possible. The book only gets better the further you get into it, and all the more exciting as the end approaches. It gets pretty tense! I also loved how it explored different perspectives on the problems faced.

Do PM if there is any interest, for I don't expect I will be checking the thread at all.
In Adventures of the Blood Rose Irregulars → 5 yrs ago Forum: Casual Roleplay
Jehan de Challon

Jehan easily fell into the rhythm of swings, jabs and kicks once the spiders came for them again. The only real risk was to be overwhelmed, but in tight quarters, the chances of that were minimal. By the time they reached the door however, the constant surges of spiders were getting aggravating and all the more strenuous. How many of these things were there? The answer hardly mattered, for they had thinned their numbers considerably. The fiddling with the lock was taking too much time when practically pressed against a wall, so Jehan was glad Silas simply smashed the lock instead. Allowing them an easy escape if they could block the door. “Go.” Jehan said to Amare, before smashing another spider and following into the room. He helped to push the bookcase into place.

“Fucking spiders” Jehan said, stepping away and leaning against a wall. He ran his eyes across the room. Old and dusty and more than likely, most of what left here was a waste of space. With the booming noise, Jehan found himself away from the wall, grasping his weapon again. He raised the point of his poleaxe to point where the noise had come from. “There.” He said simply, “Orcs?” he asked, but as the shouting began on the other side he shook his head. “No. Those are no orcs.” Though he almost expected the reason for the shouting to be orcs. At the same time, he did not hear any orcs, and why would humans be fighting here?
In Adventures of the Blood Rose Irregulars → 5 yrs ago Forum: Casual Roleplay
I'll be gone for a week. Not sure if I'll be able to post anything during that time, but assume not. Do feel free to carry on as you see fit, Jehan will just help kill things I suppose. :P
In Adventures of the Blood Rose Irregulars → 5 yrs ago Forum: Casual Roleplay
Jehan de Challon

Jehan had quickly settled into a simple chain of swings and jabs, in combination with a kick or stomp for any spiders that got too close. The spiders were not smart enough to recognise the easy pattern, as they one by one were crushed by the hammer end of Jehan’s poleaxe, impaled by the tip, sent flying by a kick or stomped into a pool of goo and legs. Efficient was a good word to describe the slaughter of spiders that took place, even though there were many more. “Your choice.” Jehan said in response to Silas, crushing another spider as he spoke.

Upon seeing the spider queen, Jehan swore. Things like that were not normal, and had to be killed, but the very process of killing them were dangerous enough if you did not have another mission afterwards to infiltrate a fortress filled with orcs. Silas spoke quickly, and Jehan found himself agreeing with the sentiment. “Aye.” He said, starting to move back, crushing any spider that dared to get too close. Once everyone passed him, he turned, retreating quickly. Finding Amare behind him, Jehan pushed him, “Run”. Reaching the passage-way he turned, killing a spider that had gotten far too close. He backed off further down the passage, ready to smash anything that followed them.
In Adventures of the Blood Rose Irregulars → 5 yrs ago Forum: Casual Roleplay
Jehan de Challon

Jehan gave a shrug in response to Silas’ last comment. For in the end, they’d have to wait and see, for there was not enough information to plan ahead. If they knew the exact route and where there would be guards or large gatherings of orcs, they could have made plans. But with little information, plans would get them nowhere. Not that Jehan was convinced nothing could go wrong, even if they had information and plans, for it probably would.

Jehan found the thin veins of blue glowing rock to be rather unsettling, something akin to ghostly. But, it quickly became just another feature of the cave. Boring and uninteresting, if a useful source of light in what would otherwise be a very dark place.
As they stopped for the day, not that Jehan could tell what time it possibly was outside, he dropped his rather small pack on the floor of the cave as Silas spoke. “What’s our watch schedule?” Jehan asked once Silas was done, “I’d prefer firs-“

“Everyone heads up, we are not alone!” Silas exclaimed, cutting Jehan short and letting a dagger fly. The spider behind Sonya dropped. Spiders all around them hissed and began to glow an eerie green. “Why does there always have to be giant spiders in caves?”

Jehan had come to accept the contract for various reasons, even though he still saw some fairly large, possibly disastrous problems with the ‘company’. But improvements could always be made down the line if things went as planned. Jehan’s lance was well equipped and had made sure to offer pieces of armour, especially helmets, and weapons to anyone to might be lacking in such a regard. Most of the lance’s time not spent marching, was spent maintaining equipment or sparring. Not only did he have a new squire to teach, but sparring was always a useful thing.

His preparations for the mission were simple, rest and prepare equipment. He had the valets and Amare help him with his armour. Though he did make a few different choices in comparison to what he would do for a normal battle. Normally, he would have had a gambeson, a mail hauberk, and lastly his pieces of plate armour. A layered defence, even in the gaps. However, mail tended to make a fair amount of noise when you moved quickly; hardly a good idea for a stealth mission. So, the obvious solution was to drop the mail, but keep the gambeson and plate. Then, he decided that instead of sabatons, a pair of solid boots would have to do. After all, the clink of metal on stone would be far too obvious. Lastly, he made sure to use strips of cloth to tie around any metal pieces that might strike against each other to lessen any noise made. His weapons were the usual though with a longsword and a rondel dagger hanging of his plaque belt, and his poleaxe in hand as he met up with the rest of the company.

As they were finally on their way, Jehan was focused on their path ahead. Focused on their mission. He nodded to Silas words, “Once we open the gate, they’ll come for us, they’ll attempt to close the gate. We’ll have to find a defensible spot we can hold until the rest of the army can arrive.”