Let me tell you
a story friend...

STATUS: So I guess I should've watched Firefly ages ago, huh? 12 mos ago 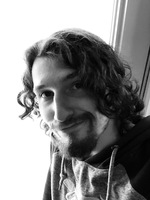 12 mos ago
Current So I guess I should've watched Firefly ages ago, huh?
4 likes
5 yrs ago
Bleed over my grave, and plunge in the stake. Don't give me a break, when you're on the take.
5 yrs ago
Expanding Horizons Players! Join up with The Reapers of Castletain if you're looking for a group to join!
5 yrs ago
Swearing in other languages besides the mother tongue is ceaselessly amusing.
5 yrs ago
The Second Labour awaits, and I am ready to pursue it. FEAR NOT FELLOW GUILDMEMBERS, I SHALL BRING YOU GLORY ON THAT DAY!

And I'll tell you more.

"Where'd you get all this?"

Allows the re-ignition of a Soul Lantern at the expense of another, or alternatively, lights a path from the severed soul to their lantern, aiding them in their resurrection.

Requirements: 1 pouch / 1/2 pouch, applied to the corpse in question as well as the living sacrifice, taking 1 hour to prepare. Requires the surface area of the target corpse to be at least 20% intact.

A ritual to repair broken equipment, items, and other gear. Can also create entirely new gear, as per a schematic or blueprint. Requires "feeding" of ability magic energy to function.

Area of effect raises ten-feet tall walls of blue flame in a design designated by the ritualmaster. Only effective barrier is the flames themselves, and they do not require the traditional necessities for flame, fuel, oxygen etc. Can be used underwater, in high-oxygen environments. The flames cannot start new fires, though they will burn like regular flames if they come into contact with something directly.

Requirements: 1/4 pouch, applied to any surface (must match the surface of the target area), takes 10 to 20 minutes to prepare. Requires half of a square metre.

A ritual which summons a being that reaps the target designated by the ritual. A summoning spell, woe be to those who err when attempting the cast this ritual. The smallest of mistakes can spell utter disaster.

A ritual that employs and activates all the rest of Broggan's rituals simultaneously. Devilishly difficult to prepare, requiring days to properly organize, it is nevertheless, a potential game-changer when used properly.

Requirements: 6 pouches, applied to ritualmaster, takes at least 72 hours to prepare assuming presence of all necessary components. Requires 90% of the ritualmaster's body.

ALERT! COMEDY GOD HAS ENTERED THE BUILDING! GET TO COVER!

the building is filled with fear and anticipation

God and Jeb Bush himself looks on in suspense

everything is completely quiet not a single sound is heard

everything in the world stops

no one is prepared for what is going to happen

comedy god musters all of this power

he bellows out to the world

everyone is filled with overwhelming dread

all at once, absolute pandemonium commences

all nuclear powers launch their nukes at once

a shockwave travels around the earth

earth is driven into chaos

humanity is regressed back to the stone age

the pure funny of that joke destroyed civilization itself

all the while people are laughing harder than they ever did

literally the funniest joke in the world

then the comedy god himself posts his creation to reddit and gets upvotes
In Copypasta Editorial Review → 5 mos ago Forum: Spam Forum
Grab the pasta, change the pasta, submit the pasta. See if you can pinpoint the alterations and prove you are more terminally online than the rest of us! And if you're truly brilliant, try to pass off your original work as a copypasta!