12 mos ago
I'm not lurking any profiles. I'm just snooping as usual.
3 likes
1 yr ago
DMC5, Power Rangers, so much stylish combo games to play and I don't have a good PC to try them all. #FeelsBadMan
2 likes
1 yr ago
Just can't wait to put some of the crazy plot twists I have in mind for my RP. Shit's gonna hit the fan REAL HARD.
1 yr ago
Happy new year!
3 likes
1 yr ago
Tried that site "I write like" twice. One got Dan Brown and the second got Lovecraft. IA IA!
1 like

Currently not involved in any settings, and still coming back from a hiatus.
Fantasy elements are mandatory on every roleplay setting I do, since most characters I play as have typical superhero/videogame villain archetypes combined with unusual elements (Such as ninja characters being anarchist errants who toss the traditional "assassin for hire" roles through the window - being more akin to Street Samurai in Shadowrun, succubi being deceptive predators, Egyptian goddesses ruling mega-corporations...) for the sake of variety. In other words, a typical fantasy kitchen sink with tropes being twisted and blended into crazy storylines.

If you ever played Dungeon Fighter Online or Herowarz (Both of which actually offer crazy stuff like robots and mages living together in harmony), that's how my roleplay scenarios are built. I often merge this with a lot of worldbuilding. For that matter, players who are actually interested in things out of usual have bonus points in my book. Settings, characters and such will be posted as soon as I start updating my personal roster/scenarios. So stay tuned!

Life these months have gone down the ditch for me and most days were stressful.
In Sworn Siblings - a fantasy adventure → 10 mos ago Forum: Free Roleplay
Several bystanders seemed to be a bit fazed when they realized that Kaylani was looking at some apples. Well, it had a reason. No girl in the world has a pair of horns like that!

Still the handsome man looked at her and had a smile as he approached Kay. "Hello there. Do you need help with something?"
In Sworn Siblings - a fantasy adventure → 10 mos ago Forum: Free Roleplay
Correct. I hope you enjoy this one!
In Looking for a female. Details below. → 10 mos ago Forum: Free Interest Checks
Okay, here we go! Here's the thread. (Link verified, no NSFW pages or phising/scam/malware)

I did a bit of a flowery narration (I tend to get inspired by chinese wuxia novels, they have wonderful writing) and took a few liberties with Kaylani's description.

In Sworn Siblings - a fantasy adventure → 10 mos ago Forum: Free Roleplay
There was once a tale of two heroes, a warrior princess from the east, and a nobleman from the west. Fate conspired to the youngsters to meet each other and put their bonds through the harshest of tests, all of which ended with the nobleman overcoming a curse and the princess to become his greatest ally.

Alucard, who pursued glory and adventure after he realized the life he lived was one of no ambition or real meaining.
Sakura, an avenger looking for the ones who had slain every person that she held dearest.

The truth, however, was because Alucard fell victim to vampirism, and Sakura's grief had her heart broken. With no family of their own, and no means to ever bear any children of their own, the two wrote their memories. This inspired heroes to bond together and journey through a world of wickedness to smite evil and defend justice whenever they were.

Two of those heroes start a new tale as soon as they arrive in a prosperous market town. 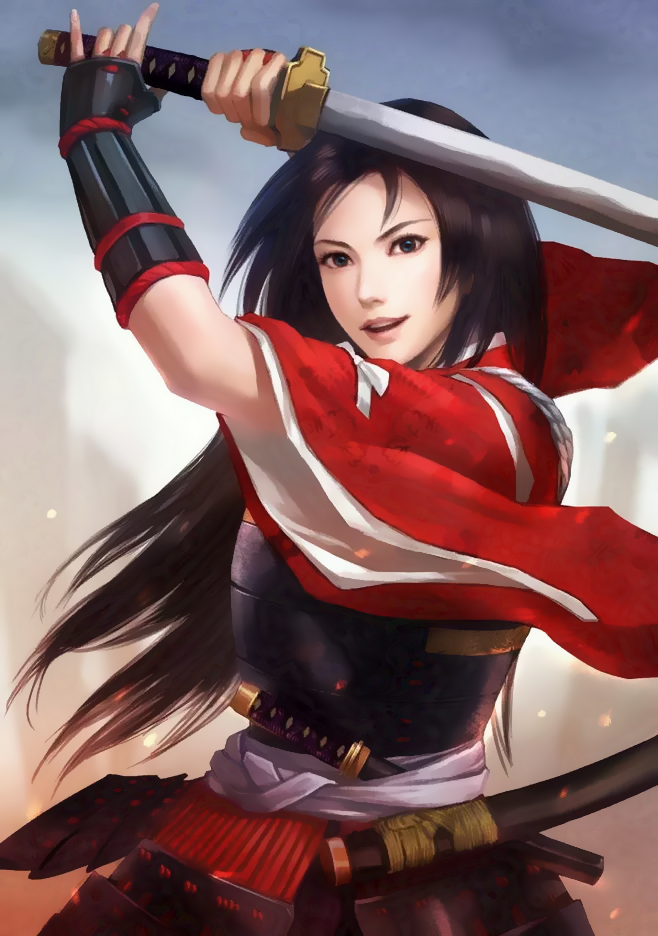 A young lad with rather feminine looks stood in front of a food-selling tent sniffing the steam that flowed upwards, away from a large chunk of grilled meat. With the most appealing smile ever, he paid a few coins of gold to that generous slab of steak, and was handed it in a silver plate with cutlery.

In a place not far from there, laid a rather interesting figure. 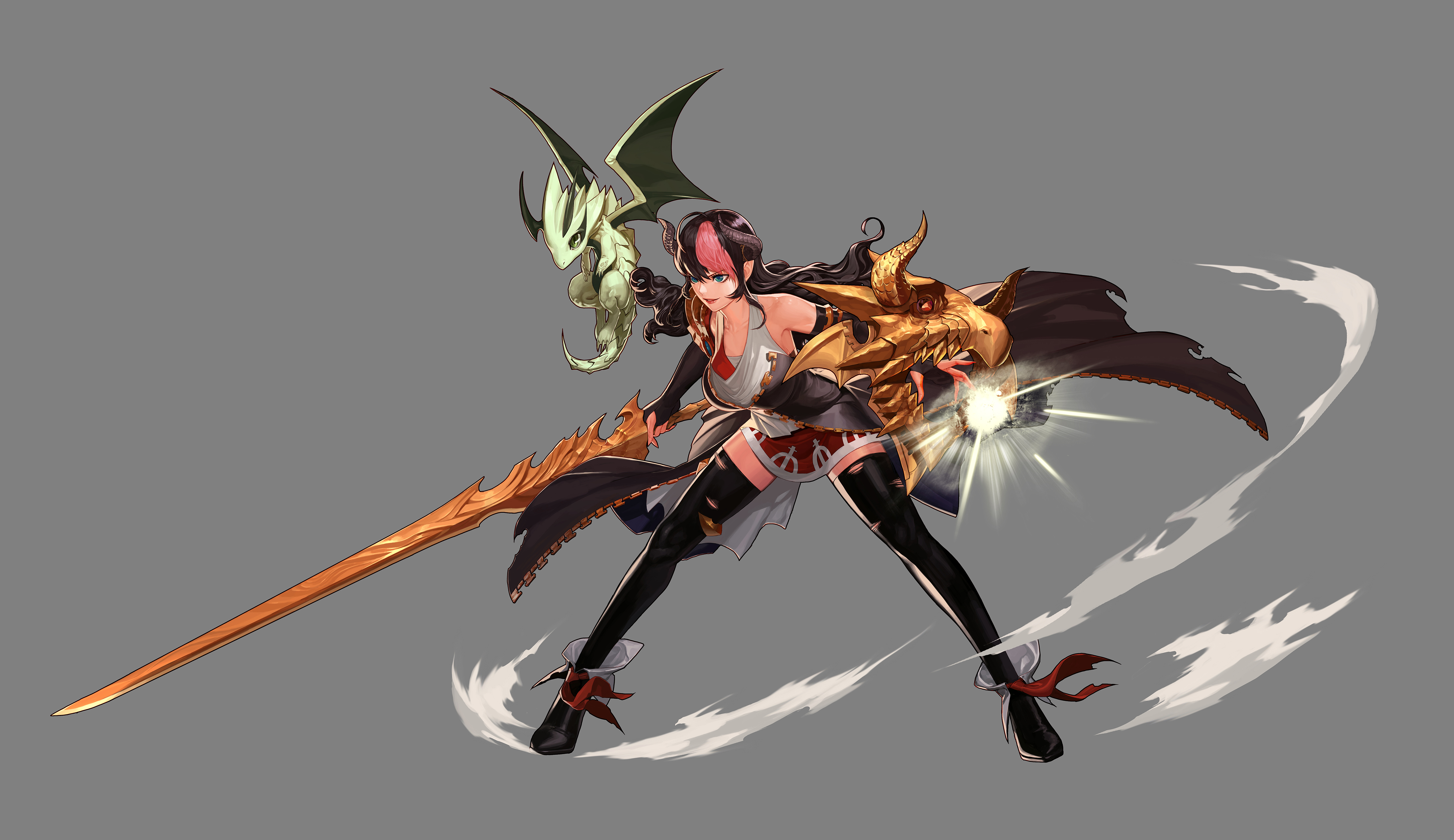 The alluring woman that shared both traits of a ferocious wyvern and a gracious, elegant goddess of beauty, with the curvaceous silhouette bearing the ferocity of a natural born warrior.

"Kalyani", a word in a forgotten language spoke by the Dragonkin as "Princess", was her name.

A hybrid between the flesh of human and the twisted wrath from monsters and other creatures that provoke the fear into the hearts of men. Created as a last resort to bring an end to the sworn siblings that traversed the world looking for answers to their plights. It was then that a villain playing God gave birth to a Chimera of Man and Dragon, but Kalyani yearned for freedom, yet still her body had to be sealed still.

In the end, she got the freedom she asked for. But with a price, for she lacked, for the most part, the skills needed to behave herself.
These were the signs of a new story of two heroes who met by chance, and had their souls carve a path through the madness of the world in way of becoming bound by a desire of everlasting friendship.
In Looking for a female. Details below. → 10 mos ago Forum: Free Interest Checks
Haha, thanks!

Gotta cook something up and I'll post a starter later. :)
In Looking for a female. Details below. → 10 mos ago Forum: Free Interest Checks
She's interesting.

So, she's a survivalist, but she requires someone to guide her around? 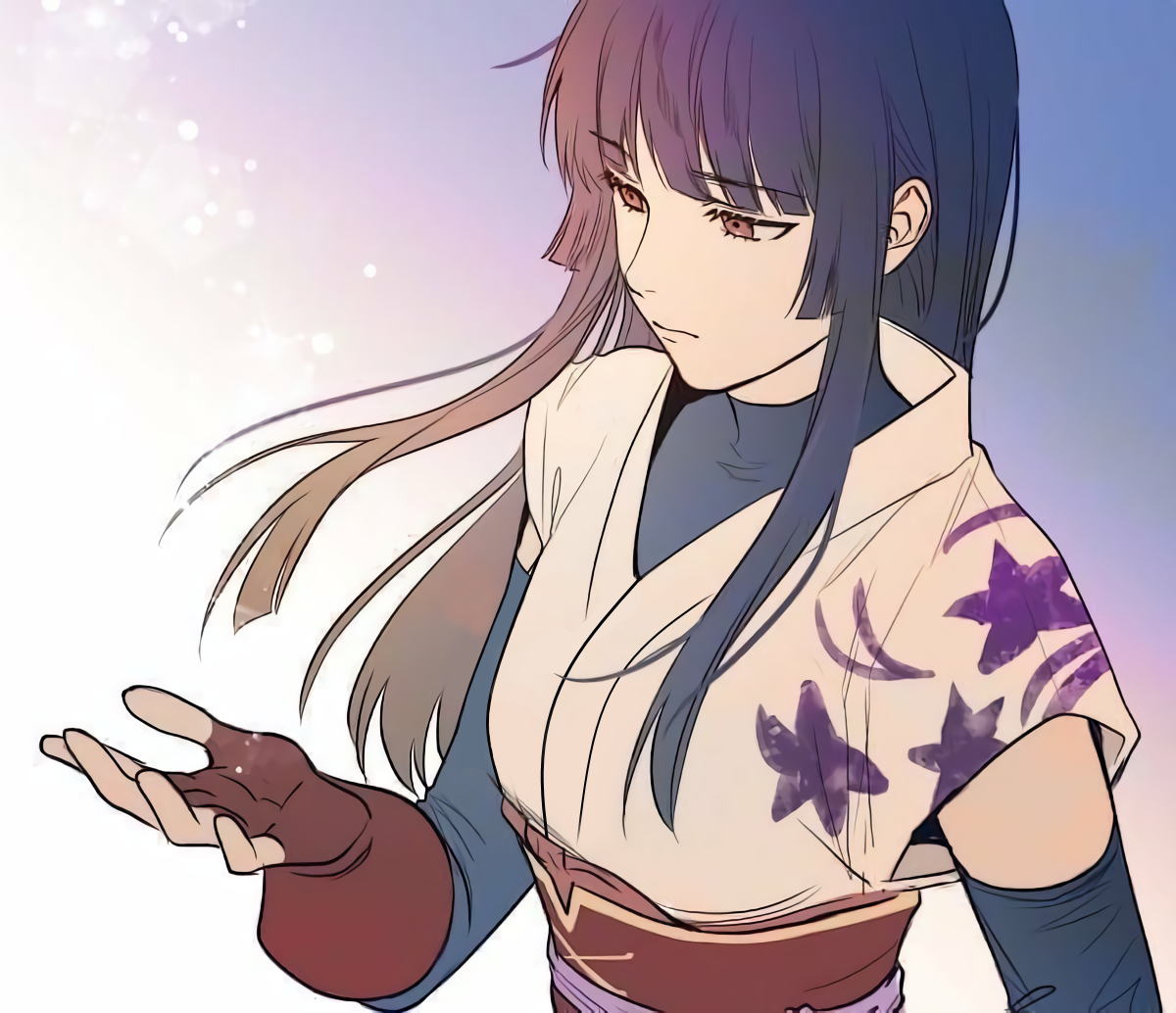 Third RP with my favorite muse, it seems to be that he got quite the results I expected.
In Fighting King: Brawl in the Streets → 10 mos ago Forum: Casual Roleplay
"Looks like we won. Yeah!" He said cheering lightly. A few bruises here and there, he gazed upon the thugs knocked out cold in a pile that was nearby. Who knows if he could be fighting like that some day? Kurenai Ryu had a flaw of being subpar in one vs one duels, but he always had to improvise in his days of livestreams where he was alone with mutants, he had to adapt himself to that situation.

The mess being finally over, he stretched himself a bit and waited for the signal to go back.
In Looking for a female. Details below. → 11 mos ago Forum: Free Interest Checks
The premise:

Alucard and Sakura were inseparable friends. Their friendship and bonding did not develop into a romance, however... meeting by chance, and forced to fight together, the two made a promise to each other: "should we ever survive for three battles for our lives, we will be siblings from that day on". Time passed, and after an intense battle that culminated with the defeat of a magician named Ozymandias, they lived their lives in peace.

As the pages of history were written, Alucard and Sakura's legacy would be forgotten... until one day, the forces of evil set their eyes in the world, and the worshippers of Ozymandias are gathering together in hopes of reviving their god and plunge the world into total chaos.

So who exactly are they? 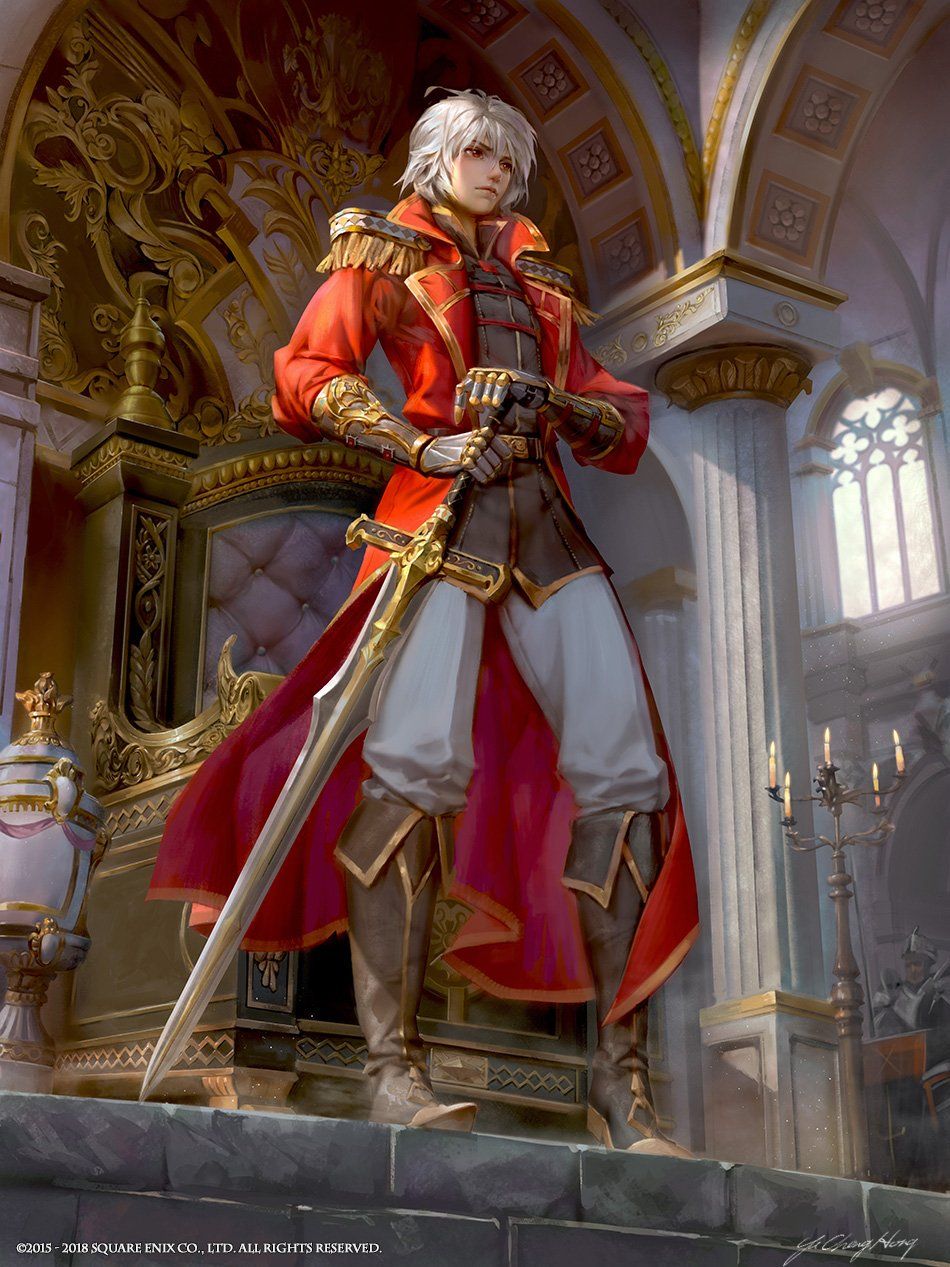 A dhampir (Half-blood vampire) that left the luxury of his castle in pursue of glory. Young and prodigious in the art of fencing, his weapons were the rapier and a pair of muskets. He became infected with Vampirism while fighting to protect his homeland, and traveled the world searching for a cure. Fortune smiled upon him when he met Sakura, and she gave him a mysterious medicine named "Jesai", that got rid of the bloodlust and the hypersensitivity to light, as much as he ocasionally needed some blood drinking to avoid suffering with side-effects of the cure. 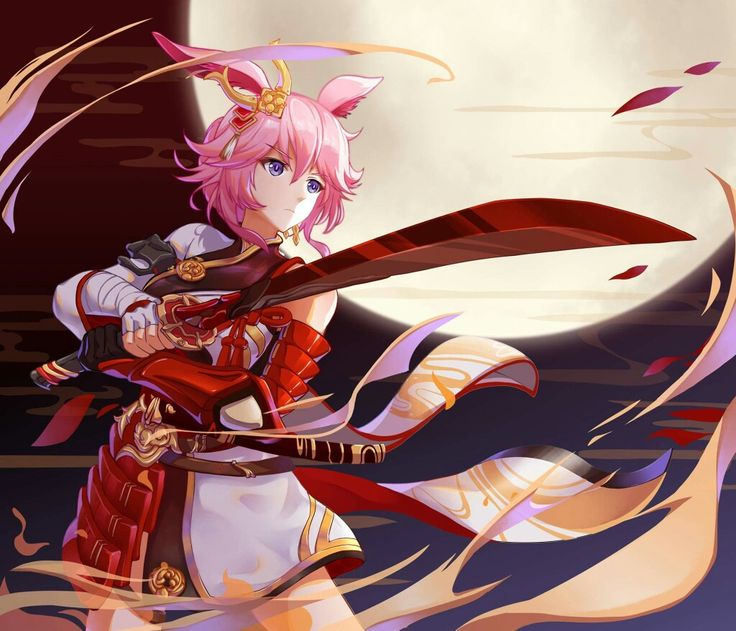 A wandering Onna-bugeisha from the kingdom of Ashihara who traversed the world in search of the monsters that ravaged her hometown. Met Alucard in her travels, and offered the Jesai medicine to him in order to cure him from his disease, and the two became close friends ever since. Sakura and Alucard chose to live as a "Brother and Sister" couple in lieu of forming a romantic pair.

A villainous alchemist, who was searching for the legendary realm of Eden, Ozymandias tried to achieve godhood by learning to create life with his own hands. He's also a powerful necromancer and he created the monster who infected Alucard with Vampirism. As he was defeated by the friends turned siblings, his soul wandered to a place known as the Gate of Nemesis, where he bid his time for centuries to revive in the mortal world. As time passed, he earned worshippers, who saw him as a god, and the cult started to unleash monsters all over the world in hopes to bring back their master to live.