STATUS: Apologies to everyone, responses are todays priority 9 mos ago 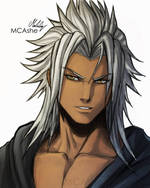 9 mos ago
Current Apologies to everyone, responses are todays priority
1 yr ago
Well i guess its time to start over again, responses are on the way just dealing with a fuckton of stress in all forms rn mostly emotional
1 like
1 yr ago
Can we get the unkillable glitch garuga back that deflected all colors of sharpness and scoffed at traps lmao, or heavenly rathalos lmao
2 likes
2 yrs ago
Will respond to all rps later this evening
2 yrs ago
Doing beyond better and ready to rp again
2 likes

Currently a resident of Infanus I lead a group of misfits by the name of the Obsidian Seraph. We are a bunch of Anti-heroes some of us our swords for hire but all in all we are a family. and I The Lord-of-Frozen-Flame likes to rp in my spare time and im into all sort of rps just ask no seriously I get all happy when you do it see:

I like to joke poke fun its me so lets rp and have all teh fun
NO BUT FORREALSY
Name: Eric or that guy LOL
Age: 29
Gender: Male
S.O: Straight
Location: Philly
Personality: I'm very chill and easygoing. not the greatest at writing but i assure everything is easy to understand. Anything else you would like to know, please ask :3

Some of my OCs
Age – 15
DOB – july 1st
Height – 5'9"
Weight – 220lbs (Full dragon 4tons)
Nickname - My name is Sear
Favorite Color - Orange, Red, Ash Gray, Black
Favorite Music - Any type of Metal
Weapon - Barehanded but if i need to i prefer lances
Skin - Light Brown
Hair - Black with wide red streaks
Eyes - They change im told from red to orange to yellow and if im absolutely angry Purple
Favorite foods - Meat, anything spicy
Likes - Women, Chaos, Fighting, Women, watching things burn, Little girls not many know this about me but i have a soft spot for them.
Dislikes - Goody goodies, cold food, Cocky people, Prudes
Favorite activities - Anything involving mischief, hunting, eating, Sex both polymorphed and dragon form.
Profession/Occupation - Student
Motivations - Women
Mannerisms - snorts out short bursts of sonic / Electrical energy,
Age – 19
DOB – February 4, 1995
Height – 5’ 5”
Weight – 140lbs
Nickname – Shimmer, Goldy
Favorite Color – Any shade or tint of gold
Favorite Music – Anything she can dance to
Weapon – Dual handguns, The Martial Art of Capoeira
• Dragon Firearm - Gold
- Alignment – LG
- Regular Shot – Vanishing Shot
- Legacy Shot – Forgotten Existence
Skin – Caramel or a really light brown
Hair – Dirty blonde w/ white gold highlights
Eyes – Gold
Favorite foods – Whatever She’s a girl with an appetite
Likes – Dancing, Sparring, free Running
Dislikes – Laziness and assholes
Favorite activities – Teaching, testing her skills against stronger opponents
Profession/Occupation – Teacher/ Dance instructor
Motivations – Her students
Mannerisms – Counting always counting be it for a dance routine or music she is always counting
Age – 22 (Human Years) 198(Elven Years)
Race - Dark Elf (Drow)
DOB – August 16th, 1994
Height – 5’3
Weight – 189lbs
Nickname – Silva, Fang
Favorite Color – Jet Black, Crimson, Teal
Favorite Music - Pop
Weapon – Gauntlets and Grieves
Skin - Brown
Hair - Silver
Eyes – Violet with Ice Blue Flecks
Favorite foods - Meat raw or Rare of any animal
Likes - Hunting and tracking and Catching and killing
Dislikes – Slow days, boring days, Boring people
Favorite activities – Playing tag, sparring, or playing manhunt
Profession/Occupation – Unorthodox Ranger
Animal Companion
Name - Sylvia
Creature – Dire Wolf (Ice Blue)
Motivations – Wants to leave a lasting respectable and good example of what it means to be a good Lycan and Drow for his younger siblings
Mannerisms – Shadowboxing when idle, tendency to wander off
Short Bio – Feleal was born into a middle class drow family where he was taught to set a good example for his brothers and sister as he was the first born. At a young age Feleal was different he displayed a style of hunting that confused even his own mother. Instead of taking up a bow and arrow he would stalk his prey from the trees silent as silent could be and surprise them, beating them until they were within an inch of life and then begin to eat them. When asked about his methods he responded “Because they’re weak and can’t stop me.” To which he promptly smiled. It wasn’t until his baby sister tried to mimic his style and got badly injured that he chose to do things by the book, but only in the presence of her whenever he is alone he will resort to his method.
He left home to make a name for himself in the adventuring world and found himself in several dire straits but always found a way out and whenever he would “Wolf Out” his savage more primal side would take over and the hunting ALWAYS resulted in death by any means necessary. Upon returning to normal size his Hunger would peak along with his sex drive and would often go through several women at a local brothel. Where he can often be found renting a room.
(Lycan Form)
Height – 10t 2in
Weight – 320lbs
Weapon – Claws and Fangs
Hair - Black
Eyes – Ice Blue with fleck of violet
Likes - Killing, Fighting, Hunting and just plain brutality
Dislikes - PACIFISM

that’s just a basic setup but id be willing to work out any details or what have you to make the plot malleable for us both such as, How will the husband react when and if he finds out, what if the teacher wants more, what if the two run away together, just random stuff.

PM me if youd like to have a go at it (I dont do FTB)
In Mistress/Servant RP (Search Thread. Always Looking. Romance. Slice-Of-Life. 18+) → 4 yrs ago Forum: 1x1 Interest Checks 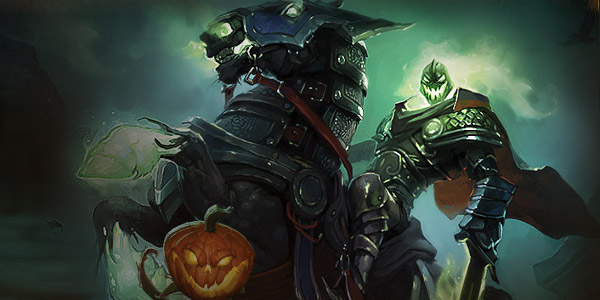 Backstory: I was once human born like any other, the year was 1597 and the time was all hallows eve it was a festive and at the same time a fearsome time for the smaller children for it was this time of year the legend of the Headless horseman came to life and it was told that any slain by him would be doomed to take his place. I even for the time was quite the skeptic and found myself wandering the forest more so to see even if this creature existed.

Long story short he did and I didn’t find out until my head was lopped off and I indeed took his place but as the years went on less and less people believed in my tale ultimately putting me in a state of limbo until I all but ceased to exisit. Until the one evening I felt my strength return and was given a new form from what I could only assume to be a deity whatever she was I felt compelled to serve her.
In Ghostwalker → 4 yrs ago Forum: Free Roleplay
Standing up still a bit nervous from everything Chris would speak up. "Ummm...I guess ill start. My name is Christopher Holloway i guess it seems as though either option we choose it will help us to understand our abilities and while i wanna help others like myself or people in general but my abilities are often times random and i dont know how i could be of help" He says keeping his hand on the pill bottle as though it made things better just having them near.
In Ghostwalker → 5 yrs ago Forum: Free Roleplay
(Sorry for the lateness)

Hearing a knock on his door Chris would open it up to see Ryland. "Yo" he'd say and Ryland would give a polite greeting before informing him of the meeting and head off to gather the presumed stragglers. Afterwards Chris would head out.