STATUS: Excuse me, am I going the right way? I don't know love, you haven't told me where you're going.. 15 hrs ago 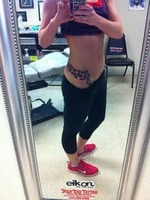 15 hrs ago
Current Excuse me, am I going the right way? I don't know love, you haven't told me where you're going..
2 likes
4 days ago
With age does not come wisdom. I still haven't learnt that Vodka is not my friend. It doesn't care in the slightest whether I feel like I'm dying or not. It can't stand me, and it's mutual.
3 likes
24 days ago
The older you get, the longer the hangover. Feeling delicate.
1 like
2 mos ago
Beyond bored right now.
5 mos ago
Sorry everyone. Life got very hectic and I lost track of posting. Will get back on it over the next few days.

In A cheeky little idea. → 10 hrs ago Forum: 1x1 Interest Checks
Bump
In Blue Shield → 12 hrs ago Forum: 1x1 Roleplay
Dan's sudden appearance was highly entertaining. He looked like he was about to cry when put on the spot, and Harper actually had to look away to stop herself from laughing. So, it wasn't ideal that they'd been caught, but it wasn't the end of the world. Was it? Or was it? Or was Devin about to go all Mia about it and run for the hills...

"I don't know.... I guess he'll tell someone, and you'll have to shoot him." Johnson joked, pushing herself away from the shelving unit. Of course she felt as though the situation should be causing her a little more stress, but she couldn't bring herself to obsessively freak out. Joel finding out would probably involve a lot of testosterone and death glares, but meh, he could suit himself.

"I don't really know what to say." She flicked her green eyes to her partner, "I mean, I feel pretty okay about it... Are you okay about it?" The tone suggested that she was nervous to ask it.

"And baseball caps, really? You just get quirker."
In Blue Shield → 14 hrs ago Forum: 1x1 Roleplay
"I don't know whether I'm a little worried that you know where all of the camera's are.."

Harper glanced up at the ceiling in amusement. Still, she had her sensible head on now. And with a cheerful smile, she gave Devin a cutesy kiss on the lips, before shaking her head.

"I think we need to stop." And with a knowing smirk, the blonde perked a perfectly manicured eyebrow. Did she really want to stop? Absolutely not. But did she want to to do that in the evidence lockup? Nooooo. Not in the slightest.

"So, what are you making me for dinner?" She asked cheekily, reaching out to poke the tip of Coal's nose with her index finger. "My hand is really sore. I couldn't possibly cook for myself." It might have been an exaggeration, but it did hurt - and after physio, it was always one big mess of a cramp. And besides, that hadn't seen each other for the whole weekend, she wanted to spend some time with him.

Not that they had, had that conservation. None of the, what are we talk.. Or where is this going. They'd just sort of slotted into it. No drama. Just a natural click of sorts.

Harper felt slightly offended by the slight suggestion that she was the cause of Devin's untidy apartment. The blonde quirked her eyebrow dangerously. "It also worries me that you seem to keep a little checklist of each room in this building, and whether or not they're recorded." With a small roll of her eyes, she planted a kiss on Coals cheek. Sure he was annoying, but it had all grown rather endearing over the course of the last month.. Or, if she was being honest, two years.

"And, I'm fairly sure that there are camera's in here. It wouldn't make sense for there not to be.."

Did Johnson protest when he pulled her into his arms? Absolutely not. Although, she probably should have. Instead, she reached out and gave his cheeks a playful squeeze.

"Well, I missed you a ten.. But I'm scared to say that just incase you start giving me the Mia treatment." Harper kissed Devin again, this time on the lips as her hands slipped to his shoulders. Rather teasingly, or just to be a jackass..she pressed her hips against him. "How sure are you about the cameras?"

In A cheeky little idea. → 1 day ago Forum: 1x1 Interest Checks
Hey all,

So, I'm not going to beat around the bush with this check. It's going to be short, sweet and fabulous. I have an idea that I'd like to play around with. There will be mature themes, so please be 18+. I'm no grammar nut, but please have a competent level of writing. It just makes the whole experience flow alot more smoothly.

The idea itself, is basically between a babysitter and the father of the children that she looks after. The babysitter is on a gap year, so she's saving up for College and agrees to babysit for some family friends. The guy, is a very sucessful business man, wealthy - but terribly bored with his life. The relationship with his wife is distant, and he just thinks that he deserves alot better than her. Cue the two hitting it off and the Dad going on a charm offensive, and we can figure out the rest.

Obviously this will be mature, but I'm looking for great character development and to explore the relationship dynamic that builds here.

It's a pretty loose idea, so I'm totally open to suggestions and tweaks. I will be taking on the F role.

Shoot me a PM.

Lu.
In Blue Shield → 1 day ago Forum: 1x1 Roleplay
Every ounce of common sense and professionalism told Harper not to follow Devin into the Evidence room, but unfortunately her legs weren't listening. The blonde stood from her seat and picked up her muffin, taking a bite as she wandered through the office. At the start of whatever this was between them, she had fiercely protested that this wasn't going to happen. Fiercely. Yet, turns out, she had crappy willpower.

The door clicked and she walked inside, "You brought chocolate." She observed, as she headed for where he was fiddling with boxes and actually looking professional for a change.

"So.." Harper smirked, "Admit it, you missed me. Alot." Of course a dorky eyebrow waggle followed as she finished off the remainder of her sweet treat. "On a scale of one to ten, how much?" Figures were necessary. Besides, she already new they favorable. They'd talked a ton on the phone.
In The Gentle Art of Education. → 1 day ago Forum: 1x1 Interest Checks
Bump
In Blue Shield → 1 day ago Forum: 1x1 Roleplay
Harper had just escaped a Physio appointment, so was running a tiny bit late herself. The hand was healing, but it was taking a whole lot longer for the nerves to do their thing. Apparently, the knitting back together had the longest recovery time, so for now, she just had to get used to randomly dropping stuff from time to time.

It had been quite an odd few weeks. Life had certainly changed, but in perhaps the most unexpected way. The thing with Devin - whatever that could be classified as.. And work had been pretty stressful. No one felt like they were getting any leg room with this latest case and people were start to grow frustrated.

When she did eventually get to the office, Harper wandered in, in her usual breezy fashion. She'd spent the weekend out of town at a wedding, and she was still struggling to get her hair straight again. It was curly, and she was wearing a work sweater and a pair of purple skinny jeans. Admittedly knackered from a weekend of partying, she sat down at her desk to find a muffin. Ain't that cute. And what was even more cute, was that she'd even missed Devin.