A man of SCIENCE! 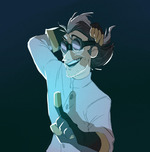 26 days ago
Current Every time... EVERY TIME...
1 like
1 mo ago
I have never felt so enraged over puns until now...
1 like
1 mo ago
Be careful. Spaghetti attracts strange folks...
3 likes
1 mo ago
excuseme?
1 mo ago
Wonderful~. Now it's time to watch hooligans lick coils and computers...
1 like

🧬Well hello there, random profile peekers~!🧬
«♪»
"Do you like science?"
▶Of course!
No? Tsk tsk! Why wouldn't you?
«♪»
Nonsense aside, hello, my name's MajorGremlin!
I've been roleplaying on and off for a few years, holding a couple of fandoms under my belt - Ones that I'm willing to dip some typing into anyway... I might also slink back into some original stuff at some point, maybe, here 'n there. Lol.

Yes, good:
Overwatch: Shenanigans with the Junkers - Roadrat's my delight - Flexible with playing Roadhog or Junkrat.

Don't Starve: Buffoonery with the dapper magician and gentleman scientist - Maxwil's another treat - Though Wilson's my main go-to, I may play Maxwell more often at some point~.
AU's and crossovers are beyond welcome~!
With that said, I'm a casual lit/semi-lit guy who enjoys winging things / rolling off of the muses' interactions, and whatever surprises that'd be dished out. But less of that and more plotting's just fine too, of course~. I'm also in my twenties, so I don't feel all too cozy roleplaying with anyone under such (aside from within group rps), especially since I enjoy the occasional "spicy moments" and all that jazz.

That's pretty much it for now, I guess. Have a lovely day~! Or night... 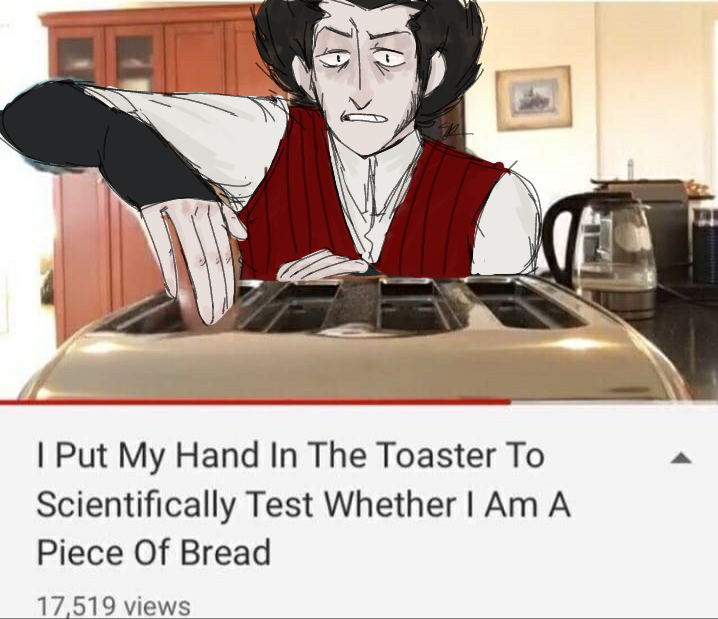 I'm not exactly too sure. Lol. When it comes to nieces, I only know that it's Wendy and Abigail being Maxie's, but... *Shrug.* Willow being that doltish scientist's niece would be adorable tho'~.
In Crossover Town → 14 days ago Forum: Free Roleplay

Looking around Rick searched for the familiar shape of a giant yellow 'M' and as he spotted one in the distance he pointed to it just as the sun crested it like a holy beacon "Th-there is the place of wh*belch*ich shezhuan is sold, they sold it as a promotion for the movie Mulan. AND IT'S THE BEST SH-S*belch*HIT YOU'LL EVER TASTE!" he exclaimed as he told Higgsbury as if he were reciting a prophecy.

Wilson turned to glance at what Rick pointed to, with the lens of his dark goggles giving a delightful glow courtesy of this ‘holy light’! Lo and behold, in the distance towered a great and magnificent golden M. This ‘shezhuan’ thing’s kingdom! Wilson ooo’d and aah’d while his grin stretched ear-to-ear, filled to the brim with awe! So much awe that everything else was just a garble to him for a moment, all until it cleared just in time for Wilson to hear about its taste.

His gloved hands balled into tight fists while his face went dead serious, and ever-so-slowly, he craned his neck to look up at Rick again.

@MajorGremlin I've been doing some research on Wilson in my spare time...Hopefully Willow isn't here...

:) Hell, I might just add her for the hell of it. I've only rped as her once, as a minor/side character for a bit but she's fun~.
In Crossover Town → 14 days ago Forum: Free Roleplay

"Yeah y-you know your right, ho-hopefully Morty is doing okay I really am rooting for my piece of shit grandson...So you uh...Hungry?" Rick was aware that the question may be a sensitive one but he thought he'd ask out of formality "Ever had shezsuaun?" he asked.

It didn’t take long for Wilson to proudly plant his hands on his hips and smirk over the taller guy agreeing with him, but that softened once this ‘piece of shit grandson’ was mentioned. ‘M-mind your language, Mr. Sanchez. How ungentlemanly!’, was what Wilson would’ve said if he had the chance. Instead, Higgsbury resorted to pouting and dismissing. The lucky dog had family dragged into this world with him, but that might not have been too great of a thing. Who knows what other horrors lurked around! And that grandson couldn’t have been that bad enough to deserve being torn to shreds by some crazy-ass monster, right?

All of that was instantly forgotten though.