STATUS: Hoping that my interest check gets me some rp buddies 3 mos ago 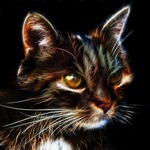 In RP Search [MxF] → 3 mos ago Forum: 1x1 Interest Checks
Hello! I'll try to keep this short. I've been roleplaying for several years though I am in university now so it will make it difficult at times to keep up with the rp though at the moment I'm currently active. If I'm busy I will try to at least post once a day. However, I will understand if you become busy as well, and generally, I won't message about your whereabouts I'll just assume you're either busy or lost interest in the rp and move on. My style is casual, a paragraph or two but I can go on for longer depending on the scenario though I'm not interested in doing really long posts that have ten paragraphs. I also will only play the female main character though I wouldn't mind playing either gender when it comes to side characters if it helps with the story. I don't do offsite rp such as discord since I reserve that for when I play games with my friends. Though I'm always open to ideas so don't be afraid to speak up if you want to add something or change anything. :)

Below is a list of pairings, plot ideas will be discussed in pm.

If you have any pairings you would like to try that you don't see here feel free to message me :)
© 2007-2017
BBCode Cheatsheet