STATUS: Sorry everyone. Work is killing me. I will reply as soon as I can 10 mos ago 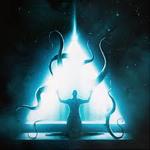 10 mos ago
Current Sorry everyone. Work is killing me. I will reply as soon as I can
1 like
10 mos ago
Trying to come out of hiatus.... God this is hard. Really having trouble coming up with plots.
1 like
1 yr ago
I guess I'm getting off here now. It's been fun.
2 yrs ago
Ok.... hell week is over. I'm going to buckle down and get replies up. Sorry for the delays.
1 like
2 yrs ago
ok, so going to be absent quite a bit. I will try to check in, try to get replies done, but no promises.
1 like

In Elimination of the Supers! → 2 yrs ago Forum: Casual Roleplay
Hey. I'm being put on a psychiatrist induced hiatus for a month. I'm allowed to role-play at all within that time. I'm sorry.
In Elimination of the Supers! → 2 yrs ago Forum: Casual Roleplay
Micah sat on the ground grumbling, unsure what to say about this. Everyone else seemed to just accept this, as if everyone was super eventually and they had just come of age. As if this wasn't a whole nother step in evolution the had just stepped into. Well why was he suprised? He watched the masses sell of their freedom for years for the mere illusion of security. This was just one more thing they had to be spoon fed. At least this time it was sugar free.

He closed his eyes, rubbing the bridge of his nose with a sigh. He had to think. So he had powers. What, vomiting up living liquorish goo? No... No he had felt something before that. A sense. He had a tenuous grip on reality as it was, and he was supposed to add more senses? There it was... A sense .. how did he describe it .. a call? A need to be touched. Almost a hunger. It came from all over, but stronger from within the mansion.

Micah shakely got to his feet, giving a glance around at the others. He definitely looked shaken, and not happy, but also distracted as if he were listening to someone. He quietly gathered his bags, hugging them tight, then headed into the house, mumbling a soft "excuse me" to anyone he passes. When he made it inside, he continued to follow the call. The call of the void? That was supposed to make you want to jump off a cliff or turn into oncoming traffic for no reason. That's not what this was. He looked around to where he felt the need. They were all dark rooms and corners. No... Not the rooms and corners. The darkness. Blindly, he chose one of the rooms, walking into it and shutting the door behind him, plunging him into complete darkness. Wait... Had he shit the door? His hands were full... He had wanted to, but had he actually made the action? He turned, looking to the door... It was closed....

Micah dropped his things, letting the call and feel envelope him. It felt... Lonely. Like a hideous beast that had been shunned and chased away from every home and street. It was lonely. Once, only the sun had chased it away. Then man made fire, driving it away from them. Then the darkness could only see them when they snuck around at night, or were going to sleep... Then man made electric lights, driving it away even more. It was lonely, hurt, dejected... And angry.

Flicked sight flashed in his brain, black and white, of staring at himself. As Micah turnes his head, he followed the angle of the image to a particularly dark closet. He didn't know what to do. The darkness wasn't just and entity that could be pinned down to a single location, it was a fundamental aspect of life. The fundamental. It was here when there was nothing... And when everything was gone, what was left... Darkness. But it had chosen to look at him from there.

Micah extended his hand to the closet. Nothing happened. "Come here." He demanded softly. The darkness grew thicker, but didn't come. He could feel the resistance, fear. Micah knew then, he could control it, with his will, if he wanted to, but it didn't want that. It wanted to be part of the him, not a tool for him. Could he do that? What the hell was he talking about?! He was talking about the Darkness like it was a lost fucking Puppy! But... was that inaccurate? Could it not have feelings? This almost made him laugh out loud. If he was going to be responsible for the feelings of a timeless thing beyond nature or God.... They were all fucked.

He opened his other hand as if offering a hug. "It's ok." This time the door to the closet moved all the way open in the dark room, all he could see was something slightly darker move like a snake through the air, but in his mind, he could see clearly in black and white as the thing came closer and suddenly, though softly, slammed into him. It was like being hit by an air compressor hose blast, though once it hit, he could feel the cool slowly spread across his body.
In The Astonishing X-Men → 2 yrs ago Forum: Casual Roleplay
Nikita had chosen the back of the large class for a reason. With so many teachers that could read minds, or see out of the back of their heads, or whatever, the Classic Mythology teacher did not, and it was a rare opportunity for her to ghost out of class. She was pretty sure the teacher probably figured out she was doing it, but Nikita was able to answer every question correctly, and always made straight A's. Why, because her overbearing mother had run her through this material when she was homeschooled in middle school. She had no idea how advanced her mother had pushed her until she got here... Though she also didn't know how much her mother had neglected. Her mother, finatical Christian that she was, didn't care for science, so Nikita has to struggle in those classes to keep up. She liked the challenge though.

Nikita never went far, simply drifting up through the walls to the roof where she could have a quick smoke, and get a little sun before returning to doze off again. To her credit, she did bring her work book to read while she smoked, though she was a couple chapters ahead of where the class was. She found it fasting how guys like Thor being around didn't change Norse mythology out of the "classic" genre and make it modern. Whatever.

She took a long drag of her cigarette, looking up from her book to gaze out over the treetops that stretched out behind the school, remembering her times of running through the woods back home. Her soft grew eyes, doing a slow scan, spotting different landmarks she had found while exploring them last weekend. It was nice here. Peaceful. While she didn't have any "besties" she seemed to be getting along ok. At least she didn't hate her roommate, that was a plus. And she was really getting the hang of this Ghosting thing, even if she still didn't understand it all that well.

"You know..." The sudden voice behind her made her hickup mid drag and ghost reflexively intangible, though still visible. "If the class bores you this much, you can test out of it. We know you know the materials." Nikita looked back to see Kitty. She looked disappointed, but not suprised. This wasn't the first time Kitty had been sent to find her.

"I know, miss Pride, but I like having an easy class in the middle of the day." She lifted the cig, as if that answered everything. Kitty had caught her smoking before, and had tried the traditional 'smoking will kill you' talk, to which Nikita always responded with a grin, and turning into a ghost. Nikita looked to her part time mentor, "Did I miss something important?"

"I was supposed to be pulling you Out of class. I told your teacher, and she didn't seem any more suprised than I am that you weren't there. We need you in the courtyard for a meeting. Not about you skipping class, we will have that talk later." Kitty had almost the same disapproval stance her mother had. "Now, Nikita."

"Yes ma'am," Nikita answered, scooping up her book and getting quickly to her feet. She quickly ghosted the rest of the way and headed for the courtyard in a straight line through the building. She paused only a moment in her room to drop her book and snag her hat before continuing down. Once she reached the other two girls, she abruptly materialised next to them, slipping her hat on. "Hey girls, Y'all get pulled for a meeting too?"

Nikita had become known for appearing randomly next to people, among other things, in her time here. She was flitty, and loved giving people a little scare to lighten the mood. Maybe her code name should be Casper.
In Elimination of the Supers! → 2 yrs ago Forum: Casual Roleplay
Damn I missed a lot. Hope my post isn't out of place.
In Elimination of the Supers! → 2 yrs ago Forum: Casual Roleplay
Micah was already taking stock on the people around him. He didn't trust anyone as a general rule, but now was worse. He had his suspicions about the chick that came closer to him with now introduction or words at all, but she didn't go for his backpack, so he didn't bother making a scene. His money was in a case in one bag, and his personal information was in a locked potfolio in the other bag. His wallet held business cards belonging to everywhere he had been on this trip so far. Diners, gas stations, the mechanic he stopped at to get a check up. He wouldn't realize it was gone for a while, and wouldn't care, though he would think of Tifa, and Mark her as unreliable.

The banshee's Scream staggered him back, but the sudden pain to his head dropped him to his knees. He had a history of migraines, likely from staring at the computer screens too long, but this was maddening. Even after the pain went away, he couldn't focus, flashes of sensations came from all around, images of places he didn't know, an shouldn't be able to see, not just because they weren't right in front of him, but because they were dark. Then his stomach churned.

Micah did Not throw up unless he was really sick. This was Not a good sign. He didn't know what was happening to him, but he blamed the bastard on the stairs. It struck him seconds before things got worse. He didn't know Why he knew what was going on inside him, but he knew. The darkness inside him, the empty space in his stomach, throat, windpipe, was becoming tangible into a jellyish mass, the thought of it helped what happened next. With a sudden jerk of his body, Micah wretched, spewing forth a torrent of black mass that splattered on the ground in front of him. The mass instantly erupted into tentacles that wriggled around questingly for nothing in particular. Micah groaned as he regained the ability to breath, the sight of the thing making him want to throw up again, for real this time.