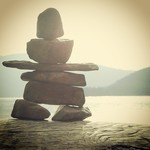 Hello there! I have found myself looking to bolster my roleplay roster. I’m really looking for people who are interested in writing a longer term roleplay and might like some OOC interaction too. I have a busy work life and travel quite a bit but I make roleplay a priority as it's one of my favourite pass-times and I am able to respond to messages most days. I'm educated to MA level (so have a high standard of writing), I have been writing for 12 years, write in third person and past tense and can easily adapt post length to suit my partners.

In terms of my requirements (there not many of them!):

• Over 18 only please.
• Hopefully be willing to chat OOC and all that.

I’m very laid back and I'm very open to suggestions, so if any of the themes below don't seem of interest, maybe drop me a message with any suggestions of things you might like to try! These are just a tiny portion of the themes I'd like to try out and below you can find a list of plots, all of which are open to discussion and changes. These can be romantic or not, it's up to you!

Vague Ideas
The following are general ideas which do not have any plot details to flesh them out but I am craving and would love to build plots with those who are interested.

1) WW2 secret police: This could be related to arrest and investigation of a suspected spy/defector/resistance fighter AND/OR a relationship between this character and someone else.
2) ~1900 British Coal Mining: MxM forbidden love
3) Individuals who have super powers but have been convinced that they have an illness and that what they experience is just part of that illness.
4) A widow finds that one day their spouse returns with no memory other than the last time they saw each other years earlier.

Things are not as they appear.
In the near future, one country has found the key to perfection. The country is a Utopian paradise, envied the world over, but the shining exterior is too good to be true. Secrets and terror lie beneath the surface, but what will it take to expose them and what are the consequences for those living in the cracks of the self proclaimed 'heaven on Earth'?

Everyone in the country has access to what they need but the higher their personal conduct score or 'ranking' the better and more varied access they have. The carrot is seen as stronger than the stick, but even minor infractions can lead to a plummeting score and any criminality is dealt with swiftly through 're-education'.

I have a great number of ideas for this theme and I'm willing to tailor this to the interests and ideas of any potential partners.

Super craving - Humans make excellent pets
40,000 years into the future humans who had left Earth to colonise a habitable planet in a distant solar system have evolved, although have lost their connections to their place of origin. Earthbound humans are believed to be extinct after changes in the climate altered society on Earth. However across various alien races, reports of lone specimens have been made. Due to their primitive nature in comparison to the evolved humans (apparent loss of developed language, reading, writing), they are classified as animals.

A lone specimen has been delivered to the colony after capture/rescue on Earth, destined for a research lab, zoological facility or even a pet to a wealthy member of society.

If you could live to be 900!A small handful of humans are not like the rest. 2018, in a world where the average life expectancy is 68 years and 4 months, diseases of affluence are rife and antibiotic resistance is a growing concern, there are just a few secretive individuals who live an awful lot longer and don't seem to get sick. They age slowly and the public do not know, but there are some who do. These people could be the key to curing diseases but they are difficult to track down and don't want to be test subjects. Preferred theme for plot: Researchers discovering and detaining one of these people for medical advancement.

How well do you know your husband?An excellent cop/detective is handed their latest case and they're hunting their suspect. Little do they know that it's their husband. (MxF or MxM)

On the run. Two strangers running for different reasons find their paths colliding. Romance or no romance is fine with me! (e.g, criminal x domestic abuse victim) (MxF or MxM)
In Hey! → 3 yrs ago Forum: Introduce Yourself
Hello! New to the site but not to RP. Looking forward to hopefully meeting some cool people here. :)
Hi, I'm Nilsi. EU. 28.
<div style="white-space:pre-wrap;">Hi, I'm Nilsi.<br><br>EU.<br>28.<br><br></div>
© 2007-2017
BBCode Cheatsheet