STATUS: I am back from my hiatus; though I have limited capacity for RPing. 6 yrs ago

6 yrs ago
Current I am back from my hiatus; though I have limited capacity for RPing.
6 yrs ago
Sorry I haven't been on. I had a death in the family and have been trying to work through it.
6 yrs ago
Sorry for another delay guys. No real good reason aside from just having trouble braining lately. I'm working on responses now and I hope you will all see something within the next day or so.
1 like
6 yrs ago
Sorry to everyone waiting on responses. Was out of the house/unable to get on my computer pretty much all day. I'll get to responses tomorrow.
6 yrs ago
Furnace fixed...but dealing with sleep deprived and sick me. Please be patient!
2 likes 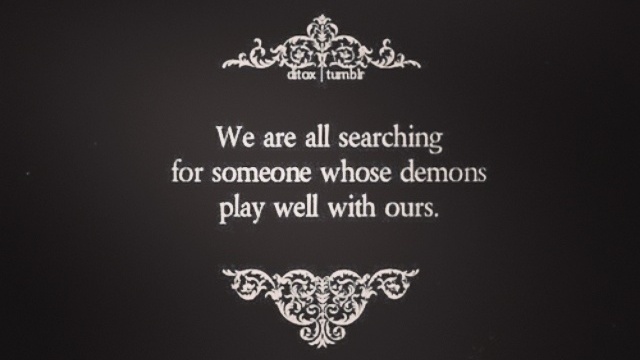 In Reverse Harem Anyone? → 6 yrs ago Forum: 1x1 Interest Checks

I don't know why, but I've kind of been liking the idea of a love triangle / reverse harem idea. Anyone with me?

Me and my expectations:

Still with me? I hope so...
I would prefer to play the guys for the RP; no real reason other than preferring to play guys lately. Must be my NaNoWriMo-novel having focusing on the guy rather than the girl.
So I'm looking for someone who can play a female. I don't care if you are female or not; all that matters is that you either can, or would like to play (because I'm okay with people that want to try their hand at playing one even if they have little to no experience with it,) a female.

Fandoms
As far as this goes, unless otherwise noted, I'm looking for us to use OCs instead of the canon. They're mostly because I liked the setting and want to borrow it. Your OC can be based off the canon if you want, because mine will be in the ball park just filling the roles the canon sets.

We don't have to do a reverse harem. I could be just a love triangle. I just want to RP with someone that is interested in romantic conflict.

Reverse Harem Fandoms:
Dance with Devils
Diabolik Lovers (I don't mind playing the Sakamaki characters if you are interested)

Make a suggestion: I prefer supernatural/magical settings, and although I know there are a few other settings that could work, I can't think of other fandoms I'd be interested in doing. Worst I can say is that I'm not interested in that setting, right? (There are some fandoms I may reference later in here that I didn't post, mostly because I don't like their rules on demons/vampires whereas I like Dance with Devils and Diabolik Lovers because of their lore.)

An organization has been developing a serum to alter human genomes, seeking to give humans superpowers. Highly illegal, they couldn't exactly ask for volunteers on which to test the serum. Their 'volunteers' are plucked off the street, with little care of family status and background.
This is where our RP begins - with them waking up after the serum has been administered.

Note: Best for a love triangle/MxMxF.
What kind of superpowers/alterations the organization wanted in the end game is something that will need to be discussed. Our characters can end up with different powers, but the end game kind of helps determine what kind of serum it is (i.e. animal genome splicing, super serum, random genetic modification using [some-kind-of-chemical].
Our characters can start off being absolute strangers, or have a history with each other. It's really up to you.

Mostly just for the setting, but modern day but with supernatural elements (i.e. vampires, demons/devils, and magic.)

For Modern Day with Supernatural Elements: I'm thinking high school based, but we could set it in college, the work place, or even environmental *as in they live in the same building*. It's probably just my own opinion, but I think part of the element of conflict for the love triangle/reverse harem is the males having knowledge of one another.

Medieval Fantasy is more geared for a questing party.

Plots:
Pretty much just sandbox in High School or College (toss the characters in and let it unfold)
They're assigned to be a team as part of an organization that has to do something or other *action type idea*.
Office romance love triangle - though not entirely thrilled for an office romance sandbox.
Could also do a survival thing too.

Medieval: questing party, mostly. Could also work as a royalty thing - bunch of nobles competing for the princess' hand? Or She's a run away and is gaining a bit of a harem of protectors trying to help her. Or other idea that keeps escaping me.

Man, I got a bit incoherent at the end, huh?

Willing to open it up to all OC cast. Still would like this to be a reverse harem Vampire x Human RP with potential sado-masochistic themes. (This can be made lighter for a more PG-13 vibe rather than adult.)
Still looking for someone to play a female that has been sent to live with a set of brothers that turn out to be vampires *bare basics of the plot, other things will come up* and either she decides to stay close to one over the others, or they can bid for her time/devotion.
In Diabolikly in Love (Possible Adult Content) → 6 yrs ago Forum: 1x1 Interest Checks

Bump. One more partner, again - preference on someone that knows the source material, but I'm willing to explain to someone that doesn't.
In Diabolikly in Love (Possible Adult Content) → 6 yrs ago Forum: 1x1 Interest Checks

Looking for one more partner. Someone that knows the source material preferred. Willing to explain for someone that doesn't.
In Diabolikly in Love (Possible Adult Content) → 6 yrs ago Forum: 1x1 Interest Checks
Bump

You can call me Kat. I'm in in the EST zone (-5:00 UTC for those that don't know where that is) and kind of feel like slumming it from the high casual to advanced range I tend to do. I've been RPing for a little over fifteen years now, work full time, and have a family as well as a few other RPs going at the moment, but...

I've had this enormous craving lately to do Diabolik Lover based RPs.

What I'm looking for in a partner:


As far as the RP is concerned, I'm interested in playing the Sakamaki brothers (Shu, Reiji, Ayato, Kanato, Raito/Laito *Japanese/English version*, and Subaru). I'm looking for someone that is interested in playing an OC female for the setting that somewhat follows the anime. We can create our own plot instead if you'd rather, but I happened to like the overarching plot of the Dark Bride series, and we could get into More Blood if desired. This can also include choosing to be more like the CD Dramas where the others are mostly background and for tensions while it focuses on just the relationship building between the Female and one of the 6.

If you're interested, PM me with a bit about yourself (I like to know a little bit about who I'm getting in RP bed with ahead of time) and any questions/statements/whatever you have regarding this particular ad. I prefer you PM me if you're interested rather than post here even if you @mention me.

Happy RPing, mates.
~Kat~
In The Hidden People → 6 yrs ago Forum: Casual Roleplay
@Firkle there's no real age limit, but just keep in mind most are college age, as most characters attend Reinforce, though we do have a few that are older as town folk.
There are a few characters that are up for adoption as well (see wanted hider on the first page and the teacher list in the character tab).