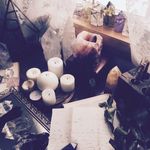 In Need a new partner MxF & Harem ideas → 3 yrs ago Forum: 1x1 Interest Checks
I'm really interested in your 'One Night Stand' plot :) Something of a 50-50 or 60-40 plot-smut ratio is something I'd like if you're up for it. I have a few questions about plot, also, so feel free to pm me or like this reply and I'll pm you
In Supernatural Romance [MxF] [Mortal Male x Supernatural Female] → 3 yrs ago Forum: 1x1 Interest Checks
@BoxBox I'm craving a mortal male x witch plot. I might have a few ideas also.
Feel free to shoot me a pm or like this reply and I'll pm you :)
In Soul’s Interest Checks of Abandoned Thoughts and Silent Heresies → 3 yrs ago Forum: 1x1 Interest Checks
Hey! I'm interested in a kidnapper/victim based plot, with my character being victim. I've been craving a dark smut type RP as of late.
I'm also liking your "A Rise To Power" plot, maybe we could start when your character is beginning of world takeover if you'd like to use that plot

The bus dropped Chen and Isaac off just two blocks from Josie’s. They hopped off, her holding her guitar and bag of extra knick-knacks and him holding her amp, and they walked together in excited silence, as they couldn’t wait to get home and start playing.

When they got to the door to the stairs that led up to their apartment, Chenoa just missed the corner of an envelope hanging out of their mailbox that Isaac pointed out.

“Is today a mail day?” he asked as he pulled the white envelope out. His eyes widened as he felt how thick it was. “Damn, I think this is cash!” he exclaimed. “And it says ‘Dove’ on it. Who’s Dove?”

Chenoa had already opened the door and was on the first step when he said this, and she turned in her tracks and took two long, quick strides towards him immediately.

“What do you mean?” She knew that ‘Dove’ meant that it must have been for her. But the only people who called her that were her grandparents and her father. Isaac handed her the thick envelope, and she started to rip it open. Isaac tried to stop her, saying that she could be fined for opening someone else’s mail, but they both stopped and stared once they saw the green paper. It looked like it was about $5000. Once she saw it, Chen understood. She gently put her guitar case on the floor and rifled through the bills, looking for some sort of note for proof of her theory, but she was quite sure that she was right anyway.

Isaac was starting to get nervous, and he seemed to not know that the gift was, in fact, hers. She stopped to quickly explain to him the story.

“A few days ago, I helped out a new friend with one of his jobs. He’s probably just giving me part of his pay as a thank you. He called me Dove a few times, that’s how a knew this was for me.” She silently hoped that he wouldn’t ask about the job; she had no idea what to make up that would seem reasonable.

Isaac’s face loosened, and he mouthed a silent ‘ah’ as the realization came over him.

“So that’s what you were doing the other day when you were out till past midnight without telling any of us.” He shook a finger at her as he smiled, then he raised an eyebrow at her. “You went out and got yourself a sugar daddy, didn’t you?” He playfully elbowed her in the side. Chenoa put the cash in the back pocket of her jeans as he spoke, nodding at his first sentence. When he suggested that Akiva was her sugar daddy she made a face at Isaac.

“Seriously, that is a lot of cash, Chen. Way too much for just helping out a friend with a job. Either he killed someone, and that’s hush-money--or he likes you. Also, he gave you a cute little nickname,” he added, pointing to her name on the front of the envelope.

“it’s not a ‘cute little nickname,’” she retorted, as she picked up her guitar to make her way up the stairs again, “my name, Chenoa, means Dove. It’s just a friendly nickname he gave me.”

“Yeah, totally, just a friend.” Isaac joked, clicking his tongue as he followed close behind. “Think you could call him up and get him to give me some moolah too? Since he seems to have so much extra cash lying around already.”

“I wish,” she joked, “I never got his phone number when we hung out. And I’m surprised he even remembered where I lived from when he dropped me off.”

“So you met some guy and helped him at work; he gave you a ride home and a shit ton of cash; he knows where you live, but he doesn’t know your name. And you never know if you’ll ever even see him again because you never exchanged numbers. Do you even know his last name? Chen, you’re an accident waiting to happen.”

When the two let themselves into the two-level apartment, Chenoa passed her guitar and bag of other items to Isaac.

“Just lay everything on my bed, for now, I’ll put everything away when I get home.”

“Where are you going?”

Chenoa shrugged. “Around, I guess. Just going for a walk. I’ll keep my phone on this time.” she added with a smile.

“No more selling yourself!” Isaac said, shaking a finger at her as she grabbed an apple and her messenger bag and made for the door.

In truth, Chenoa had no idea where she was going. She wanted to go out, feel the warm air and cool breeze on her skin. She didn’t really know where she planned on going, and just walked in whichever direction felt nice to her, which happened to be back in the direction of the park down the street. She plugged her headphones into her ear and put on a playlist of various upbeat classics, mostly queen, and put her phone in the back pocket of her light blue jeans, opposite side of the envelope. She put her hands in the front pocket of her black hoodie and walked to the beat of "Good Old-Fashioned Lover Boy" by Queen.

As she walked, she thought about Akiva and wondered if she could find him somehow, and thank him for the money he left her, despite never asking for anything for helping with the robbery. She doubted it though, after all, she had only met him by chance the first time around. And she didn’t have any way to contact him either.

Conscious again of the wad of cash in her pocket, she hastily put the envelope in her purse, cursing herself for not putting it away when she left the house. She was a perfect target for a robbery now. She decided to try to think of other things instead of getting robbed.

Instead, she thought about How many other people with mutant abilities might exist. She herself could shapeshift, and she knew that Akiva had healing powers. Maybe peoples' powers had some correlations with their lives? Chenoa had always had a connection with nature, whether it was a trait of her own or something she inherited from her father, also a nature lover.

She wondered why Akiva had Healing abilities. He didn't seem the type to have much concern in a lot of peoples' health, though it did come in handy in his choice of career. perhaps when he was younger, he wanted to be a doctor when he grew up? Or something traumatic had happened?

Soon she was walking through the park and found herself trying to guess which passers-by might also have these powers. After passing several people, she gave up, thinking to herself that it would be impossible to guess that sort of thing.

Her mind was still racing with possibilities and questions. Why do only some people have powers and not everyone? What if there are groups of super-powered people, that have their own sort of underground community? How do people hide their abilities? What if these kidnappers that are continuously on the news are super-powered people?

Before she knew it, she was in a part of the neighbourhood that she did not recognize. SHe did not care, she knew she could eventually find her way back home using google maps or something. She just continued to walk past houses and variety stores, storefronts and restaurants.

She wondered if she would meet anybody else interesting today.
In The Golden City (Open Superhero RP) → 3 yrs ago Forum: Advanced Roleplay
Chenoa Bearfoot