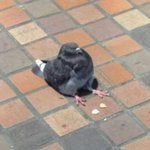 In Unstrung Webs [Sporko+Parrot] → 1 yr ago Forum: 1x1 Roleplay
The fight between the 'gangs' began to escalate, words becoming fists. They couldn't go to far, Grey had been clear on that, And that presented a challenge. She could barely hear the grunts and the hits from where she was waiting, she was sitting duck and she hated every second of it, but it was part of the plan and all she could do was grit her teeth, nod and go along.

Grey waited patiently, her muscles periodically twitching in anticipation. She could her the sounds of steps approaching and the sound of the warehouse door struggling to open, most of the henchmen returning back inside. Grey readied herself.
In Unstrung Webs [Sporko+Parrot] → 1 yr ago Forum: 1x1 Roleplay
Grey stayed in the warehouse, giving out instructions for what would unfold that night, she looked at the hired henchmen as they moved big crates around, a big spot in the middle of the warehouse had been cleared out.
She looked up, the crates extended up to the celling, stacked on top of each other. she almost felt claustrophobic as she sat down to wait, grey quickly shook the feeling of unease.

The other henchmen did as they had been told- go out into the streets and start a fight, and when you have the attention of the insect..lead her back to the warehouse.

The sun was getting low and the streetlights started to go on, their yellow light filling the streets as people hurried to make their way home.
People started to gather around the spots of light, loud voices began to rise, taunts and crude warnings coming from the two rowdier ´gangs´.

In Unstrung Webs [Sporko+Parrot] → 1 yr ago Forum: 1x1 Roleplay
The warehouse was empty when Grey arrived, but a single tell tale light was visable in the very back, She kept going until she stood in the sparse circle of light. A Fold up table had been placed in the middle of the circle and behind there was a person, the face was obscured by the shadows the light was casting.
"How was your commute? Not too dreadfulI hope?" The voice was distorted, having been stripped from anything that could be telling of a gender.

"Good." Grey answered coldly, not having deemed the small talk important enough to entertain her employer with.
" I saw it last night, " She continued, " Just like you wrote, it was fast. It's movements weren't...fully human, You aren't dealing with some..run of the mill rich kid trying daddy's new tech either, too organic."
Grey explained, the fight replayed in her head again, " Costume seemed to be home made." She recounted.
"...." The person behind the table stirred and began to walk from one side of the table to another. "Interesting..and you are ready for tonight?"

"Good, because anything that does not go according to plan will be traced back to you."
In Unstrung Webs [Sporko+Parrot] → 1 yr ago Forum: 1x1 Roleplay 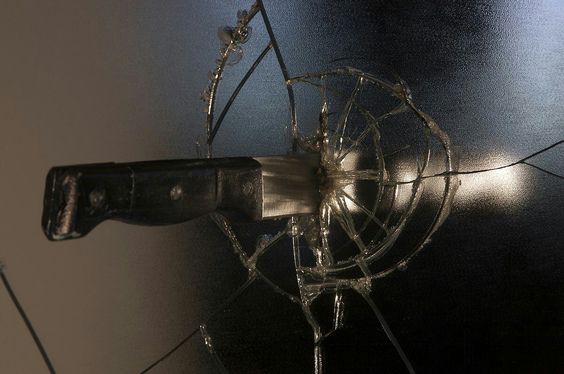 Attire: Anything dark and minimalistic is Greys jam when not in her working attire.

Powers: Can by observing how a person moves, mimic it with an almost exact precision, making her ridiculously good at almost any
physical activity. She’s very flexible as a mix of her powers allowing her body to “adapt” faster to things and due to her background as a ballet dancer, she's also got over flexible joints as a side effect of this. Grey can also mimic feminine voices.
In Unstrung Webs [Sporko+Parrot] → 1 yr ago Forum: 1x1 Roleplay
Grey let her eyes wander around the room as she took a hearty swig of her water. The parts of her hair that had come undone from her tiny ponytail sticking to her cheeks and neck, she felt her legs and lungs ache from the run, Grey frowned, it had been too long since she had been able to go on one.
Grey left the empty bottle on the table for the waitress to collect, even when doing something as simple as leaving the shop, her movements appeared precise.

Back at her hotel room Grey was drying her hair after another cold shower, the sweaty work out gear was sprawled out in the room just like her ´work´ clothes had been the night before. Grey slowly started to apply the layers of body armor and black clothing pieces, she stopped for a moment, to her great dismay her legs still ached as she sat down to lace up her boots.
The last thing she did was strapping on her knife holster to her leg and the black leather contraption that held her batons to her hip.

She hit send on a sms she had started to type, letting her contractor know that she was on her way to the warehouse.

In Unstrung Webs [Sporko+Parrot] → 1 yr ago Forum: 1x1 Roleplay
To say that Grey had been sleeping that night would have been close to a lie. She had spent her night thinking, planning, trying to find out as much as possible about the new problem.
Having methodically gone trough what sparse information that she could scavenge about the city and the hero.

The lack of sleep was not ideal for her type of work, taking a long cold shower to combat, what she felt was a sluggish and cotton filled mind. Going for a run to get her blood pumping, she wasn't sure sbout how long she had run, she put two fingers on her neck, checking her puls. Grey looked around, spotting a small coffee shop.

The door signaling her entrance with a 'ding', looking around the room with cool, grey eyes before, walking up to the counter area. Sweat beads having formed on her forehead as she picked up an overpriced bottle of mineral water. "I'll take this." She placed the water on the counter. The waitress ringed up her total and Grey took a seat at one of the tables.
In Unstrung Webs [Sporko+Parrot] → 1 yr ago Forum: 1x1 Roleplay
Grey had only been in GreyPort for a few short months by the time she heard the first rumor of the superhero. At the time she had been seeping with a silent fury but as she had listened her interest piqued, as the brutes described the encounter to her, where she had come from, who she had injured, what sort of inventory she might have possibly taken whilst in there.

It wasn't until about a week later Grey would find herself in the indirect presence of the hero. Watching her confront the "gangs" from a rooftop, it had worked out nicely. She had finally seen the insect for herself, the fight playing in reprise in her head as she sharpened her knife, illuminated by the cold light of the tv. Her work clothes sprawled around the small hotel room, the instructions had been clear, deal with the spider before she becomes a real problem.

so, as of late i've been craving some slice of life.

and while i don't have any set plots as of now i think it'd be fun to come up with something together!

but i do know that im wanting something with a band, maybe set in a small town or a smaller city, think similar vibes to that of night in the woods! i'm however down to hear your ideas as well. :)

(just a fyi: if you do any type of incestious relationship rp or slavexmaster type stuff do not message me)