STATUS: I ain't 'fraid of no zombies. Are you? roleplayerguild.com/topics/… 3 days ago 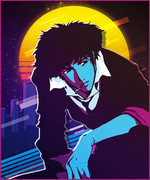 3 days ago
Current I ain't 'fraid of no zombies. Are you? roleplayerguild.com/topics/…
15 days ago
I'm just a person, standing in front of a salad, asking it to be a donut.
6 likes
1 yr ago
Feels like the whole country is on Maury waiting to find out who’s the father.
8 likes
1 yr ago
My body has absorbed so much soap and disinfectant lately that when I pee it cleans the toilet.
8 likes
1 yr ago
Stop naming your babies James. Name him Jame. He is one Jame.
6 likes 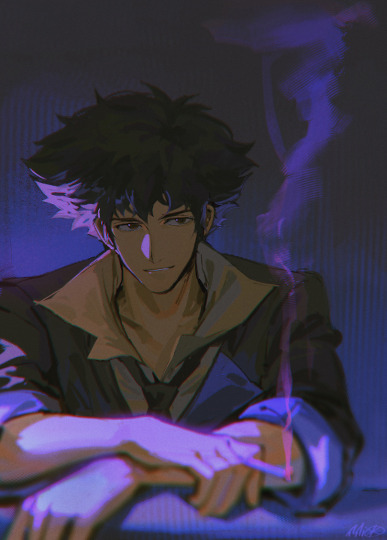 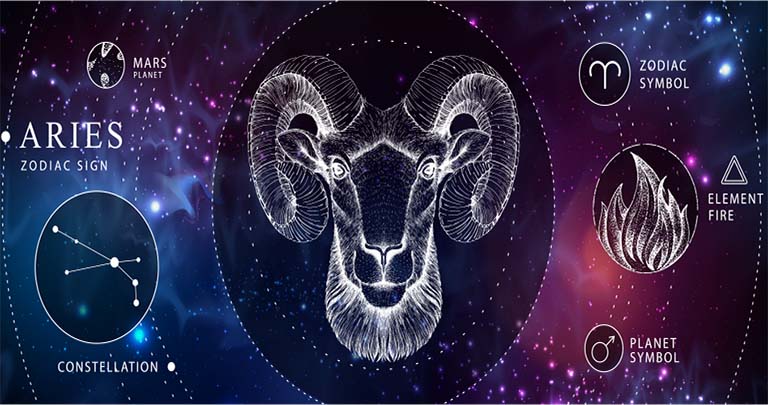 This saga of movies, developed by Sam Raimi, has a few central themes. 1) There is a book called the Necronomicon that, if read, will embower a very dark entity that can release the undead, possess and convert the living into demonic beings, and perform all manners of creepy super powered feats in its endeavor to kill or enslave its foes and take over the world.

Also in the series, there has been one man who had consistently been a thorn in the side of evil. This man is Ash Williams and with the aid of his chainsaw arm (literally a chainsaw strapped onto his nub of am arm [dude lost his hand at one point]) and his boomstick (shotgun), he has taken on the Deadites (the undead legion of the evil entity behind the Necronomicon) and foiled or delayed an evil takeover time and again.

This RP would be for Original Characters only (no one is playing Ash). This would also be in a medieval setting where the book has already been read and evil has escaped its confines, releasing its horde of baddies upon the earth. You are stationed in the castle that holds the Necronomicon, a dark spellbook wrapped in the skin of humans that holds the secrets to the worst magics imaginable. Your job is to make sure that Evil never regains the tome. 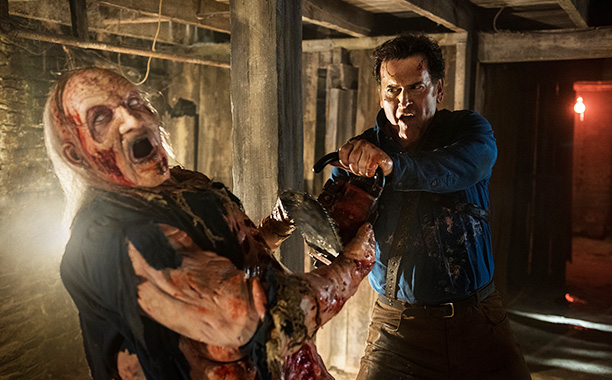 Hostile encounters would start out slow, at first, before eventually avalanching into something that seems indomitable. Most of the lore will be borrowed from the Army Of Darkness installment of the series, sans Ash.

What I have not decided, yet, and something I could use suggestions on is this:
In the movie, Ash is transported from modern day back to medieval times in order to take on the Evil Dead. He brought with him some modern weapons and came equipped with modern knowledge. 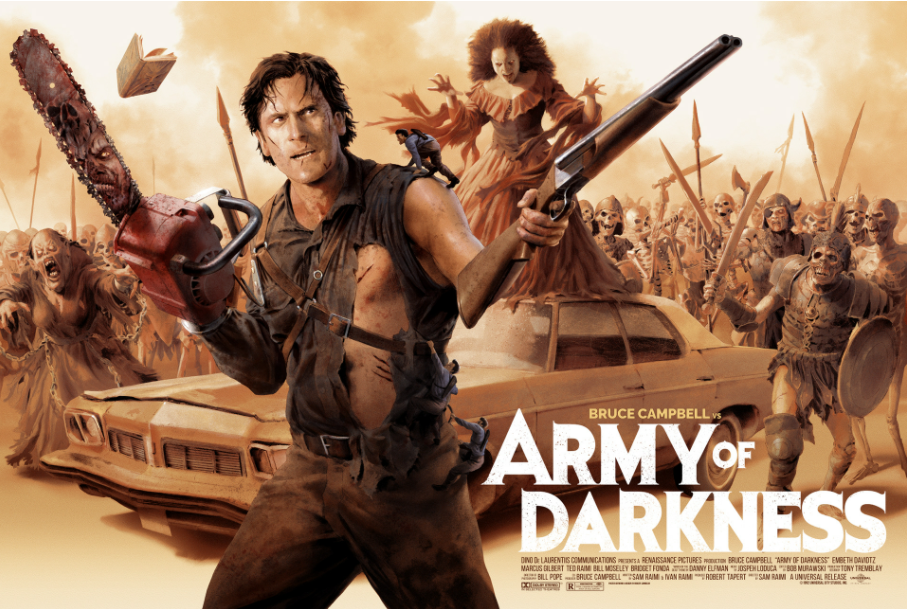 What I am curious about is if people would like to play an OC that goes through the same process (Modern person in a medieval world) or if they'd prefer to skip the time traveler gimmick and just say that each player is native to that medieval place and time.

I'm not familiar with the Evil Dead series or the Army of Darkness movie. Should I still play?
Yes! If you want to, anyway. The bare bones of what you need to know is that this is a medieval setting, there are undead things about and poltergeist-esque escapades that are bound to ensue. Prior knowledge of the films or tv series is not required. If you know what zombies, monsters, swords and sorcery are, you should be fine.

I've committed to several RPs over the weekend and would likely need at least a couple of weeks before I can dedicate good time to this one but, meanwhile, I'm curious if enough interest is even there to invest in that sort of thing. Let me know!

In In This Fine Town of Arkham - A Tale of Lovecraftian Horror → 4 days ago Forum: Advanced Roleplay
For your consideration: 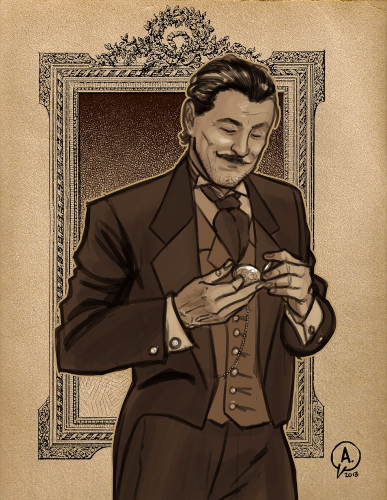 "Chow time!" the guard announced from outside of the cell. Bonehead quickly jerked his head toward the cell door and stood up, his grin widening as his mouth began to salivate. "Prisoner 5318008, Jack Brennan-" hearing the name quickly erased Bonehead's smile. His pupils retracted and his body quickly slumped where it stood. "-get up against the wall and put your hands behind your back."

Jack, slightly panicked, looked at the metal plate mounted on the wall. It was to serve as a mirror and, in it, Jack could see his bare face and trembling lip. He was back in the driver's seat. This is not where he wanted to be. Bonehead was supposed to be the one who served time. Jack was meant to come back out once the jail time was over. This wouldn't do, not at all. Did he say 'chow time'?

Reluctantly, Jack did as he was told. The guards were quick to get in there and put on the restraints before escorting him out of the room and toward the cafeteria. "Will there... Will there be hamburgers?"

“Two cannibals are eating a Clown. One says to the other, Does this taste funny to you?”

"Mmhmmhm" Jack tried to force a polite laugh while masticating on some sliced peaches. He eagerly wiped his mouth with the sleeve of his uniform before leaning in on the table. "One of the cannibals started at the head," he explained with a nervous grin, "And the other started at the feet. After a while, the first cannibal asked, 'How's it going?' to which the second cannibal replied, 'Great! I'm having a ball!' Then the first cannibal shouted 'Hey! Slow down, man! You're eating too fast!'" Jack then began hissing wildly out of his nose with a giggle that sounded more like a snake rhythmically hissing. He looked over to the dark haired man and pointed. "Hehehe! He gets it!" before suggestively pointing down at his own lap. His giggles soon died off and, under his own breath, he said "Bonehead tells it better, I guess..."

With that, he shoved another slice of peach into his mouth. "By ah' way," he began as he chewed. "Who ahr yoo guys a'eeway?" His lips audibly smacked between each word. "I'uh Jack" He swallowed. "Jack Brennan. Entrepreneur. I'm a guy that knows how to get things," he lied. In Jack's mind, value was it's own protection. If Jack was good for something, maybe he wouldn't be given a hard time by the other inmates.
In Hello....! → 5 days ago Forum: Introduce Yourself
Welcome to the guild! I hope you enjoy it!
In Into the Pines: An American Frontier Horror RPG → 5 days ago Forum: Casual Interest Checks
You have my interest, and thanks for sharing that video! Great stuff!
In [ Dead Prairie ] - Looking for Interest → 5 days ago Forum: Casual Interest Checks
Very cool idea. You have my interest!
In ArcRift → 5 days ago Forum: Casual Roleplay
.
In Post a random fact about yourself. → 6 days ago Forum: Spam Forum
This is not a jest on the person before me, but just a semi-related fact: In the words of Dewey Cox, "I'M SMELL BLIND!"