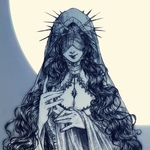 In Starting back up after silence → 2 yrs ago Forum: General Interest Checks
Since I haven’t roleplayed in a long time on this site, I’d like to start up again.

I was thinking a Phantom of the Opera plot with more original characters. Maybe a similar time period or a loosely based story. I’d like to work out plot more with someone rather than lay everything into stone with this post.

It’s short I know, but I’m interested in historical or period dramas. If anyone would want to roleplay with me it would be greatly appreciated.
In The Manor → 2 yrs ago Forum: General Interest Checks
I’ll make this short and sweet~

A long time ago in the year 188X the people of Norbury were wary about the mansion that loomed over the town a few miles away. They were a superstitious group. Anything to do with magic or the unknown frightened them. They thought the cause of all of their problems was because of the people who lived there.

A few years after the place had been uninhabited, the townsfolk were complaining about supernatural occurrences and strange happenings. People were on edge. Crime escalated and people had become less friendly (than usual). They called upon a peculiar person to investigate this “haunted house” and whatever creature haunts it.

I need just one other person, gender does not matter but they must be 18+. This will be a 1x1 with a casual length. So, about 1-2 paragraphs or whatever is necessary to get your point across.

Please DM if interested.
In I’m in Love with the Vampire Next Door → 2 yrs ago Forum: Casual Roleplay
On the west coast of the country there is a small town called Caramel Cove. A lovely town with friendly and very religious people. Everyone knows each others name and it seems like almost nothing goes wrong. However, something secret lies deep within the city that no one talks about.

The mansion at the edge of town has everyone superstitious. It’s a run down old house that the citizens claim to host demons of all sorts. The owner died and was scorned for using witchcraft by the citizens. He and his family were never heard from again. People claim to hear groaning or growling from the inside. Spirits and Beasts are said to roam its hallways freely. However, is that really true?
In I’m in Love with the Vampire Next Door → 2 yrs ago Forum: Casual Roleplay
Gwynevere looked up at the dark and decrepit mansion in front of her. Her hands wrapped tightly around the leather bound book decorated and hand crafted with arcane symbols she made herself. Gwyn looked back at the small town of Caramel Cove she called home. She took a gulp and a deep breath before opening the door. The door creaked open loudly. The floorboards squeaked with every step she took.

She never should have taken that stupid dare. But peer pressure this and stubbornness that lead to this moment in time. All she had to do was grab something from the bedroom and get out. Then that sweet crisp twenty dollar bill was hers. She carefully moved throughout the mansion, trying not to make too much sound so any disgusting vermin could not hear.
In I’m in Love with the Vampire Next Door → 2 yrs ago Forum: Casual Roleplay
Name: Gwynevere

Personality: Gwyn is a stubborn, hardheaded girl who isn’t afraid to say what she thinks. She prefers to be the leader or to be left to her own devices. She also prefers to be with a small group than to be a social butterfly.

Background: Gwyn lives alone in this small town alone and attends a community college. She works at a library and at night she plays music with her friends in their garage. But lately she has had an almost unhealthy obsession with the weird abandoned mansion at the edge of town.

In I’m in Love with the Vampire Next Door → 2 yrs ago Forum: Casual Roleplay
Name: Gabriel

Personality: Gabriel is a very mysterious man. He is very sweet and very religious on the outside but something is almost suspicious about him. However, the townspeople love him and so does the priest who adopted him.

Backstory: Gabriel was found on the priest’s door step. Since then, he has been raised inside the town’s Church and taught their religion. He is always volunteering or setting up the next service.

In I’m in Love with the Vampire Next Door → 2 yrs ago Forum: Casual Roleplay
Name: Victor

Personality: Victor is awkward when it comes to making conversation or meeting new people. Although he puts on a cool and slick persona, he is actually a very sweet person. He would love to socialize more if it weren’t for the fact he was a vampire and the town was very superstitious and religious.

Background: Victor had both of his parents slaughtered by the town’s people a century ago. He lives alone in the abandoned mansion on the hill. At night he wanders the streets in search of a victim to satisfy his blood lust. Although he’d much rather go play in the arcade or eat ice cream.

This is a mass school rp that will be located on discord. This is definitely more free formed roleplay where beginners of all sorts are welcome. Just follow the rules and have fun!

(If you have any questions please message me through discord)