STATUS: Fighting Vagrants Behind Dennys Over Pancake @ 11PM Tonight As Birb. 3 mos ago 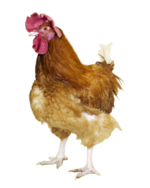 3 mos ago
Current Fighting Vagrants Behind Dennys Over Pancake @ 11PM Tonight As Birb.
2 likes
8 mos ago
BE like bird. Wake in morning. SCREAM at sun. SHIT on enemy.
4 likes
10 mos ago
Girl is like bird. DO approach calmly. DO greet kindly. DO offer cornchip.
6 likes
12 mos ago
No man! No woman! Only birb!
11 likes
1 yr ago
Good night sun, good night moon, good night birb.
6 likes

An absolute WILDCARD of an RPer
(apparently)

U T R A X is a BEING that likes to Type Words on the INTERNET.

In Delete Posts For Utrax? pls? → 3 mos ago Forum: Suggestions/Problems
Also this one.

In Delete Posts For Utrax? pls? → 3 mos ago Forum: Suggestions/Problems
Hello! Can you delete these? Thank you!

Without a second thought, Mariah took Isla's hand, and trusted they would end up somewhere safe. Just before they left, Mariah caught a glimpse of the burning Beach house, and winced. She hadn't meant to set the whole damn thing on fire but hopefully that would help the situation... or something. Fires blazed then the forest quivered before her-- scenery abruptly shifting with Isla's teleport. Almost reflexively, at this point, Mariah reached out to catch Isla just before she could hit the ground, and ended up down there with her.

They were certainly out of danger, sort of. Where they were exactly could be anywhere. Mariah held isla in one arm as she pulled her phone out, then opened up Google maps. Around them was a forest and they were in the clearing but, for some reason, her phone signal didn't want to pull her location. Great. As quiet and seemingly safe as it was here, a sense of anxiety caused her hands to shake, as she went to lower Isla to the ground. Slowly, she paced about, praying to the Verizon gods for a signal-- the lone bar of cell service answered her prayer. Google's positioning wonked about as she stared at the map, with a deep sigh leaving her, and it sounded awfully loud. Her brows scrunched and she sighed again-- the noise far softer than before but she felt eyes upon her.

Had those monsters decided to cut through these woods on their way to Annabelle? Thick sloshing and splashing picked up from within the forest somewhere-- Mariah looked over her shoulder at the unconscious Isla-- the world flipped several times.

"Neigh," neighed a very distressed horse, with an air of familiarity, as it used Mariah as an off-ramp from the forest. "Whinny," came the freaked out noise of the horse, as it continued on it's stampede into the wood-line, leaving Mariah as a heap in the mood. As she lay on her side, Google locked in on her position, and she stared at her blue icon on her phone screen. All things considered, that could have gone far worse, had she not decided to wear her glamorous football helmet. Sure, her side was screaming in pain, as was her leg, but Isla didn't even get hit and she didn't get a third concussion.

Quickly, she sent her location as a text message to Max, and figured he was already locked in on it anyway. He was kind of a legend for knowing where she was and when, without her telling him, and Mariah figured he was just really good at guessing games. As it stood, Mariah decided she was in a rather comfortable position for a nap, anyway. Eventually, Max did arrive, and they scooped Isla into the car, as he lectured Mariah on all the danger in Tampa and other such concerns, keeping the lecture going allllllll the waaaaay to Miami.
In Recollections: The Coven [COMPLETED] → 8 mos ago Forum: Casual Roleplay

A lot of stuff can happen in two weeks. When the rest of the Coven fled back to Tampa, Mariah hadn't went with them, regardless of the danger. Sure. Maybe they'd murder her then steal her body, but then it wouldnt exactly be her problem, right? She'd be dead. On top of that, she didnt want Max to waste his gas money chasing her to Tampa, just so he could bring her back to Miami. That man had made it pretty clear that he didn't want her going nowhere until she saw a doctor.

Turns out, his fears were justified, and her doctor put her on bed rest for a week. As it turns out, bonking ones head on cement really didnt do the soft squishy noodles inside the skull any favors. For whatever reason, this was the same time Hector decided to go on an adventure, leaving her and Max alone to pay the damn rent.

So yeah, sure, Mariah was here at this Coven meeting but, this was the first time in a while that she could think clearly-- well enough to dig into her damn budgeting app. As she held her phone in one hand, crunching the numbers between her income and Max's, divided by food and fashion, she very dramaticaly fanned herself with the other, holding that huge fan of hers like a gentle southern damsel. Sweat was beading on her brow but Mariah refused to take off her bedazzled football helmet, for she was with the Coven, and they always managed to get her into a concussion causing situation.

Every slight tilt or movement of Mariah's head caused the stupid, plastic rhinestone covered, insult to sports equipment, to catch the light and surely send it BRIGHTLY beaming into someone's eyes, but she kept the football helmet on-- faceguard up and included. Her neon colored tie die crop top and black skirt contrasted wholly with the helmet, because who the hell wore something like this? She was seated on a deck chair, as discussion went on, and only barely registered the topic at hand.