STATUS: Boom! Added the last one to the set. Replies and such on their way... once we leave the hospital or so 1 yr ago 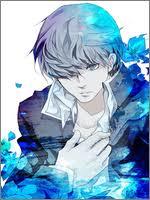 1 yr ago
Current Boom! Added the last one to the set. Replies and such on their way... once we leave the hospital or so
2 likes
1 yr ago
Just bring a lab and procure the results in plain sight! True transparancy! The ultimate trait
1 like
1 yr ago
My sword hand hungers once more... How could it possibly make a difference? hmmmm
1 like
1 yr ago
Need a Ready Player One RP!!
1 like
1 yr ago
How do you fit an elephant in a Safeway bag? Take the f out of safe and the f out of way

My real name is Talon. Yes I understand the damage knowing my real name could cause, both real and fictional (though I'd be hardpressed to define the line), and I'm giving it to you all the same. Think less of the potential damage and more to the potential gains to be made!

Whew... it is late. I'm an RP relic from back in the day when forums were used by kids like me to rp through one liners and a constant stream of grammar blindness. I have kids now and a steady job and dreams somewhere along that which I'd like to see fulfilled!!!

Also, I love anime and videogames and nerd culture and escapism and run on sentences. And I love the person I've become where it's totally cool that you all love the things you love. I also realize my validation doesn't matter but! If it makes you feel better at all that there is one 90s kid/dad/nerd that is totally okay with how you exist then you've found your dood!

May you all write the thing, learn the thing, loot the thing and maybe along the way meet some bad ass people who are mostly just trying to do the same thing... and if I happen to be that person then I promise I'm just as grateful as you are.

Maybe just the tiniest bit less grateful then I'll be to sleep this night. See you space cowfolk~

In My Hero Academia: Chaos Age | Open → 1 yr ago Forum: Casual Roleplay
Just letting everyone know that I'll be trying to attend the academy, though a proxy of course~

So many of these characters are amazing, good for you guys/girls/ possibly both!!
In Darumadira's greeting → 1 yr ago Forum: Introduce Yourself
Love me some Hunter X Hunter! Welcome!!
In Mass Effect: The B Team → 1 yr ago Forum: Casual Roleplay
Still floating around! I'll be ready!
In Mass Effect: The B Team → 1 yr ago Forum: Casual Roleplay
He had been engrossed in his own data pad the entire ride over but it fell from his loosened grip when they came up on the ship. He was completely dumbfounded to be taken to a ship of this caliber. He had heard enough about Alliance ships to know that his one was in its’ own league and he’d be on it!! If it hadn’t been for the fact that he had been yanked out of his everyday life and given the military assignment of Medic, perhaps he could fully enjoy it. Instead he scooped up his data pad, stowed it in his rucksack/parts bag, and headed on board the ship; both of his eyes the size of dinner plates.

As he made his way through the various lifts and hallways he found himself in the company of many people. The problem was that he was so engrossed in the level of craftsmanship and technology around him that he stumbled straight into someone. The person might as well have been a brick wall for all the effect Talon had in moving them and he fell to the ground on top of his bag. When he looked up there was an extremely perturbed Turian looming above him. His time apprenticing with Turians allowing him some insight as to the level of disdain she was feeling. He was fairly certain he was about to get the breaks beaten off of him and his only offering was an awkward smile up to her.

He didn’t even raise his hands to protect himself. He was so emotionally exhausted he was just going to accept his ass when she handed it to him and go on freaking out about the ship and his apparent position within it.

In Mass Effect: The B Team → 1 yr ago Forum: Casual Roleplay
Character Sheet 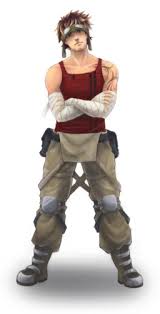 Bio/Backstory: Talon had gone through grueling apprenticeships, unknown amounts of hours of specialty classes, and more then a few hospital visits to make sure that he was at the forefront of gun technology. He had personally worked with every known race as a gunsmith, yes even Geth, and held no intention of stopping but the war had come and people were dying... it was time to help. He had been walking the hallways of the military instillation he worked in. It was after hours and he had been milling barrels all day. He stumbled upon a room he hadn't notice before and quickly learned that it was some kind of recruitment office. The walls of the room were smothered in recruitment propaganda and pictures from the front. He decided he would volunteer some of his freer time to the aid efforts. You know, hauling water, helping rebuild homes, things like that. He practically skipped out of the office, his good deed for the day done, and headed home to rest.

The next day there was a knock at his door and he answered it to find himself being served papers stating that he had been drafted to the medical wing of a new alliance ship. He was absolutely speechless which was unfortunate because the helpful soldiers decided they would help him get his things and get on his way. He knew he had filled that paper work out wrong! All of his hours putting weapons together from scratch was about to be replaced by trying to find out the inner workings of man.

Equipment: A M-6 Carnifex and a "mostly put together" M358 Talon