licked a raincoat once
(don't do that)

STATUS: I can't go bumping it yet, but I've updated my 1x1 interest check with pairings and fandoms. If you were looking at that before and waiting for those, I've taken care of it now. 8 mos ago 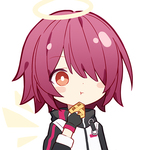 8 mos ago
Current I can't go bumping it yet, but I've updated my 1x1 interest check with pairings and fandoms. If you were looking at that before and waiting for those, I've taken care of it now.
4 likes
2 yrs ago
I came out of lurking because I heard there were lesbians.
4 likes
4 yrs ago
Pluviophilia: If the weather's wet, so are you.
4 likes


1: What's in your pants is irrelevant to me. I don't care what chromosomes you have or what you identify as; only that you're down to RP and have a good, laid-back time. Since people tend to care about that (for some reason), I'm a guy IRL.

2: Your word count is also irrelevant to me. As long as you can read/write English (you can, this thread is written in it), just write however much you feel like. As long as I have something to work with and don't have to read a thesis every time you post, it's all good. I myself am a bit of a wildcard on length, but I seldom hit 3-4 paragraphs, let alone anything above that.

3: I'm a friendly guy who likes to hang out OOC. Having said that, I have shit-tier social skills and don't know how to carry a conversation unless it's either on Discord which I'm hesitant about giving to people, or if it's about something I'm especially passionate about. Basically, don't be a stranger. By the way, if it was raining out, would you rather wear a raincoat or carry an umbrella? I'm curious. Lemme know, would ya?

3.5: On that note, if you simply aren't having fun, want to try a new RP or split up entirely, or need to leave the site for an extended period of time, do tell me. I'm an understanding guy and my feelings won't get hurt if you want to split. I'll be sure to extend the same courtesy and respect to you in exchange.

4: This one is non-negotiable. If you're using a picture for your character, please please PLEASE do not use real-life faceclaims. That is some uncanny valley shit and it makes me want to chuck newborn babies out of hospital windows to keep their actual body from getting borrowed (without knowing about it) for someone's OC. I hate it.

5: 18+ lewd things are a weird territory for me. I'm largely driven by fetishes but am the purest and most innocent degenerate you'll ever meet. So basically, I'm all for fetish fuel type things but am unsure what to type once the pants start coming off. I'm not going to force you to be 18+ to make an RP with me, but if you're still a youngun, I need you to tell me. Need need need it. I wouldn't want to get in trouble for corrupting our youth or writing 18+ content with minors.

6: If you're interested, PM ME! Do not post in this thread. If you do, I will quote this rule to make an example of your inability to listen, and reject your proposal. Maybe try to spice up your title some when you PM me, but really I can't force you to do that. I'm a memelord, not a cop.


Which brings us to general info and pairings/fandoms. People from my last couple checks were great, but they seemed to not get the full picture. So I'm going to spell it out plain and simple this time: I want fetish fuel. I want to fuel my fetishes. I want to fuel your fetishes. I want all of that ecchi shit swimming around in your head, and if you humor me and my acquired tastes, I will do my damndest to humor yours in exchange. The below hider has my do's and dont's on that front.

DON'T!
Ageplay - This is the one fetish (that isn't illegal) that I cannot condone in any way, shape, or form. It is a truly cursed kink that I'm upset to have a sister kink to because of the painfully large overlap.

Anthro - I have nothing against furries and their scaly cousins, but I really have trouble interacting with dedicated anthro RPers. Sorry dudes.

Scat - I feel bad for barring this one since I know it's nearly a universal problem for what few scat lovers are probably on this site. But that shit's kinda gross. No pun intended. Keep in mind I'm operating here purely on the assumption that the love for scat is built purely around seeing the stuff. Please correct me if I'm wrong.

DO!
Rain gear - This is the most important one on this list, to the point where many of my online friends probably associate the word "raincoat" itself with me. Raincoats, rubber boots, and anything meant to be worn in harsh weather. While just wearing the stuff is good enough for me, I love when it gets proper use on a rainy day.

Wind - Have you ever been outside on a really windy day? The wind is roaring, small debris is flying about, your clothes flapping wildly in the wind while it keeps trying to shove you along its harsh current? I haven't, but that's exactly what I'm talking about here.

Monster girls - Especially of the demonic and undead variety!

Swimsuits - Bikinis, school swimsuits, and even wetsuits! Much like how I like clothes for wet weather, I'm also into clothes meant for wet fun. How convenient!

CLASSIFIED - This one's not exactly the kind of thing I'd own up to publicly, so I'd rather you asked in PM about it. I'll say in advance that I fully understand if you decide it's too much, but if you okay it I'll probably love you forever.

And that just leaves pairings, fandoms, etc. Keep the above pandora's box in mind when proposing an RP, and you'll have me hooked pretty easily. I should also note that I'm open to any type of pairing*, and also that I'm not looking for some grand action-filled RP, or anything dark and edgy. What I want is to just play something cute, chill, and heavy in the rain elements (this isn't non-negotiable; just a very strong preference). All that said, let's get into it. Anything bolded is a craving, and anything that's green has a plot idea attached to it.

*My primary interest is in FxF, but I'm at the point where gender pairings are a sort of anything goes field. MxM might take a teensy bit of convincing, but I'm an easy customer really.

I don't play as or with canon characters. Therefore, every pairing here is OC x OC. Anything italicized means I don't know much about the franchise, but still like it all the same.

Brütal Legend
Dark Cloud (knowledge on 2 is weak)
Digimon
F-Zero
Legend of Zelda (my lore know-how is a bit out of date, but I'm willing to learn anything that isn't BotW spoilers)
Muse Dash (how?)
Persona
Pokémon
Psychonauts
Touhou

I'm here if you still need someone to 1x1 with. I'll try not to disappoint :/

By the way, this thread? Don't post in it, please. Send me a PM if you're interested in starting something. For the sake of neatness, I'd like this thread to just be my post and any bumps I might slap onto it in the future.

I dunno man, posting in a thread that OP said not to post in is a pretty disappointing start.
In Raincoat RPer's Request → 1 yr ago Forum: 1x1 Interest Checks
© 2007-2017
BBCode Cheatsheet