[CHAR] A Matter of Life and Death - BCTheEntity/gammaflux 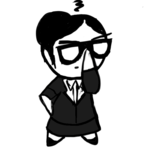 Master of Shadows, Bringer of Woe, Knight of Death. These are all names Artoxon Shroud is referred to as by the layfolk of his empire and his more educated foes alike, whom he feels do not understand his destiny enough to contribute to it. Certainly not in their present forms, anyway. To that end, he has worked his way upward in the world, though not from humble origins, but instead from the starting position of an elven nobleman's son, albeit a human halfbreed. For most, this is where his story ends until it truly begins, with his destruction and resurrection of the Royal Court of Alvaste, and from there spreading his influence until it covered nearly half of the known world in darkness, a twisted Feudal landscape with vampires, liches and wights for lords; zombies, ghouls and ghosts for peasants; and the remaining living of his lands as slaves and cattle alike, getting by on enough to barely perpetuate their own existence until the next generation whilst feeding an ever-growing horde of the undead, their own bodies contributing to little more than the next soldier in the army.

Worse still, Artoxon appears to be all but invincible: though he has reigned for a century and a half, he remains perpetually nubile and strong through means seemingly above and beyond what a mere undead is capable of, means that even his closest advisors are not privy to, and in this same fashion any hero sent to slay him has themselves been slain, if they were not already destroyed by the hordes they had to fight through first. Constantly, those under his heel pray for release from their damnable fates, and those who oppose him pray in turn that somebody, somewhere, be they the lowest mortal or the gods themselves, might have the power and will to finally end his reign of terror.


Powers
Malefic Attacks - The nature of the Black Emperor's power is largely offensive in nature. Though he certainly bears enough utility to generate minions of undeath, many of those in his thrall are in fact minions of minions of minions, down who knows how many levels: it is when slaying his foes with his own strength that he truly shines in his role, for his weakest attacks can vaporise flesh and bone, and annihilate a normal man's soul into yet more dark power to resurrect whatever remnants of their corpse remain, never mind tearing it from their bodies wholesale. Beyond this, his manipulation of his power is manifold: to name but a few uses, he can launch spheres, pillars and beams of this dark power alike, mould the energy into a variety of dark energy constructs, imbue his power into his equipment and pre-built objects, consequently emit that energy in a cutting wave from his sword, exude his power from his mouth as a breath weapon or creates waves of energy to strike many targets at once (even all around himself), and even encase himself in it to amplify his physical power many times over, albeit only temporarily. Despite this strength, Shroud fully realises that he is not yet divine in nature, and seeks to rectify that as soon as possible...

Resurrection Roulette - The Black Emperor's hidden trump card, unknown by all and sundry despite his notoriety: through a complex series of necromantic rituals performed upon himself, Artoxon has essentially ensured that not only is his death nigh-impossible, as he will resurrect whenever "killed", but the process of said resurrection will in turn trigger his powers to evolve, imbuing him with new abilities on top of those he already possesses. Such is the theory, at least; to date, however, his power has not yet been overwhelmed to the point that the ability has needed testing, and whilst the plan is that whatever power he develops will precisely counter what last killed him (in theory, dying at a god's hand would in a stroke of irony trigger the divine spark in his own persona), he cannot confirm that this will be the case without, well, dying. Not that that will be a problem for much longer, or so he hopes...
↑ Top
© 2007-2017
BBCode Cheatsheet