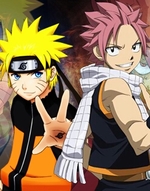 Anyone interested in a roleplay based on the Mystic Messenger game?
I think that it is best to not use the canon characters, but original ones who are based off on the canon ones.
That means for example: a student who games too much like Yoosung, but the user should be able to make it into their own character.
I myself will do several characters that are part of an organisation similar to RFA.
You will all play someone who recently joined through a normal process or someone who accidently joined or joins the organisation like in the original game.

The main character is a woman played by the user. She downloaded an app, thinking it was some kind of game, which is called 'Mystic Messenger'. Once she opened it, she started chatting with someone who carried the nickname 'Unknown'. The person persuaded the main character to go to some kind of apartment and gave her the password to go inside. As soon as the main character goes inside, the messages from Unknown are deleted and the app opened a chatroom with several people. They tell you that it is actually a private app and that normally no one would be able to download it if they aren't part of their secret party planning association called RFA or Rika's Fundraising Association. They make you join their association and throughout the game one can gain the heart of one of the characters.

1. Everyone will post at least once a week.
2. Every user is allowed one character, but I can be persuaded to two.
3. Be nice to the other players, etc.
4. Although this interest check is not very long (as I don't know if anyone is going to be interested), I expect everyone to write at least two good paragraphs (this is the bare minimum) and I will do the same.
5. Don't control other people's characters without their permission.
6. Romance is allowed, of course, but smut is not.
7. Use anime pictures for your character, this fits the best with the original game.
8. Your character has to be at least 18 years old and has to be younger than 30 years old.

~ I can't promise you that the characters will have the same gender as their original version. That will depend completely on the amount of male and female characters that you bring and your choice of pairing (MxF, MxM or FxF). ~

~ I have chosen three characters for myself to be able to keep the roleplay going. There is a possibility that I will choose more of them if there is no interest from you to play them yourself. ~

Character (not inspired by an existing character): available
Hidden 12 mos ago Post by Royaletutor59
Raw —

100 posts
in 368 days
Seen 9 days ago
Bio
As someone who loves Mystic Messenger, this rp intrigues me...

If this passes the interest checks I'd be willing to give it a shot!
1x Like

The interest check is updated!
Hidden 12 mos ago Post by Squirrel98
Raw —
OP