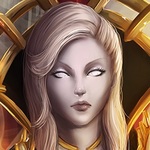 131 posts
in 1428 days
Seen 2 mos ago
Bio
So before I begin, let me get this Need-to-Know information out of the way as a copy and paste from my other interest check:

Please, if you message me with interest in RPing with me, please respond to each of the following things so that I know you read and understand each of them:

1:) My RPs tend to be very smut heavy. I would say about 50/50 smut/story, but it can easily be more smutty than that. I'm open to RPs that are even 100% smut, but it really depends on the partner and the setting chosen.

2:) I play futa characters. If you don't know what that means, feel free to look it up. I'd rather not state publicly, even in a hider what it is. You could also just ask but, I think it's easier to just do a google search for the definition before even messaging me.

3:) I prefer my partners to play characters with large chests. It's difficult to publicly talk about how big is "big" since each person sees things differently, but feel free to ask and I can give more details in private. But it's safe to say I like "Fantastical Sizes" so to speak.

4:) I like many different ways of playing, however I prefer that one way or another there be multiple characters. In this RP specifically, I'm looking for a sort of RP where me and my partner each play one or two 'main characters', and then they meet many side characters along the way that we each play, some who will only be seen once, others who may become recurring characters.

And now if you're still with me and still interested, here's the RP pitch:

We will play characters who are set onto an adventure across Azeroth. Much like the actual act of creating a new level 1 character ingame and leveling from one zone to the next, our character will follow the same logical path and follow the stories. However, we will go into much more depth with the storylines of each zone than the actual questlines ingame do.

So let's say that we play human characters, and let's say we go with the Classic/Vanilla world and build our way up from there. Our characters begin their journey in Northshire as nobodies, signing on with the local militia to help clear the mine of Kobalds, and take care of the bandit infestation of the Vineyard to the East. This takes them a few days to accomplish before they finally take down the leader of the bandits and drive them off for good. They are sent to Goldshire, where they find out that the other mines in Elwynn are likely infested with Kobalds as well and something must be done about it. But before they can get to that, they get pulled into the rivalry between the Maclure and Stonefield families. Our characters don't just run some errands for them, but rather they get to know them. They help a girl escape to be with her true love. They find a woman's lost necklace, but over time, they help both families calm down their rivalry, and stop being so bitter, showing them that their farms combined are both needed to feed the people of Stormwind, certainly with all that has happened in Westfall.

I think you understand the point here, the RP follows the actual ingame questlines, but we play them out in a more realistic way. We aren't going and taking down an infestation of Kobalds, running bandits out of a vineyard, and helping to collect the harvest in 40 minutes or less. It's taking a few days and our characters live through it realistically.

In the long term, our characters will go from just being nobodies helping the local militia, to the heroes they are expected to be today. We RP through the vanilla experience, travel to outland, fight our way through Northrend only to experience the Cataclysm. We find a land shrouded in mists, and travel to an alternate world of Draenor, and when we come back, the Legion has returned for the final battle, and even when such an evil is defeated, we are still called on for the war against the opposing faction.

I would love to find people who could potentially be willing to play out such an extensive, long term RP with me.
Hidden 1 yr ago → 1 yr ago Post by Shandria
Raw —
OP

P.S. while the example given is following a human path, I am open to playing more than just humans, such as Night Elves, Draenei, and Blood Elves.
Hidden 6 mos ago Post by Shandria
Raw —
OP

Member Seen 5 mos ago
Coltshan
141 posts
in 916 days
Seen 5 mos ago
Refreshing interest! I love to do this premise with you.
Hidden 6 mos ago Post by Shandria
Raw —
OP