8806 posts
in 2202 days
Seen 2 hrs ago
Bio
The year is UC 110 it was about a decade ago that the Laplace Box incident occurred which resulted in the gundam Unicorn, and others vanishing after a fateful event. Since then the Republic of Zeon, and the Minerva Faction had been working to restore hope, and peace to the spacenoids. Though their conflicts were numerous both sides attempted to find a source of unity in the belief of Minerva, and her connections to the Zabi's of the One Year War. Numerous conflicts have brought about issues since then, and Earth's Londo Bell routinely is called into cull issues brought forward by the spacenoids, and their own treacherous governmental base. Sick of trying to find some sort of peace with his place as an Earth Sphere Ace Pilot an former Zeon Ace by the name of Dell Reinhardt attempted to assassinate the now defunct former leader of the Minerva Faction, Minerva Zabi, at the behest of a former head of the Republic of Zeon. He failed and she vanished never to be seen again. Despite having been folded into the Federation ten years prior the issues brought forward from the events during OO97 and the incident with the Phenex never seemed to end. At wits end Commander Victor Thomas of the Londo Bell Task Force in charge of the district of space formerly belonging to Zeon has decided to make a move on Dell Reinhardt's uprising. Hoping to cull the final vestiges of Zeonic's warrior spirit that had plagued the last generation. readies themselves for the very last skirmishes with the proud Zeon group calling themselves the Red Dawn.

Dell has readied himself up taking swift control of the ships docked at his colony, and the last remains of those who proudly wear the Zeonic flag. Armed with mobile suits built to safe guard the colony he has placed himself in an old Zeonic asteroid base to make his last stand. He has little in the way of pull but for him and his men this is the last hurrah for a group that meant so much to them. Londo Bell approaches prepared to finally, hopefully, end this Zeonic threat for good.

Hello everyone this is a roleplay dedicated to making a final hurrah to the Zeon faction before the events of F91. I'd considered making an f91 roleplay but I wasn't sure it'd generate any popularity at all considering how little is known about that era. This will likely be a shorter roleplay taking place with only a few battles in reminiscent to the early UC show Gundam Thunderbolt. The former Republic of Zeon has already been folded into the Earthsphere after the events of the Third Sleeve's war, and this is five years after Hathaway's Flash. Set about a decade before F91.

Our group will be playing the Londo Bell Team responsible for spear heading, and destroying this last remnant ushering in the late UC Era. This is not meant to be completely canonical this is simply for fun. If you'd prefer to use a spacenoid, and zeon suit that is fine too considering the group is likely to have folded into Londo Bell. However the gundams unicorn, and its like have long since vanished this fight will be done using ace, and standard mobile suits of the era. If you wish to deck a suit out as a custom that is fine.

I'd prefer low level newtypes, or old types to prevent too many newtype shenanigans. As stated I'm taking asperations from the Gundam Thunderbolt story for this rp. The asteroid base simply being a smaller replacement for the broken up Axis.

If you have any further questions feel free to ask...or not its up to you.
Hidden 3 mos ago Post by Silverwind Blade
Raw —

1870 posts
in 2203 days
Seen 10 hrs ago
Bio
I'm interested, as something pretty low key and straightforward sounds like it'd work for a plot. Also grunt(ish) suits, woo!
Would a Jesta be an acceptable suit, perchance?

274 posts
in 1142 days
Seen 6 hrs ago
Bio
Interested. Of course Jegan is the chad suit.
Hidden 3 mos ago Post by vancexentan
Raw —
OP

8806 posts
in 2202 days
Seen 2 hrs ago
Bio
Yep good old jegan will be good for the next ten years...until Cosmos Babylonia shows up...
Hidden 3 mos ago Post by vancexentan
Raw —
OP

8806 posts
in 2202 days
Seen 2 hrs ago
Bio
Alright I'm going to wait for a third person to show up but given how small mobile suit teams can be if someone doesn't show up we can try to make this happen with three people, and a bot to round up a standard ms team. Not that there won't be more nameless mooks alongside us and against.
1x Like 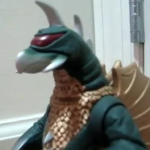 29 posts
in 90 days
Seen 8 days ago
If you need one more character, I am available. I am pretty familiar with the Gundam franchise, though less so with Universal Century, and have participated in various Gundam roleplays over the years. If I'm correct I believe a Jesta Cannon would be an appropriate mobile suit for this time period, and that would be my choice of unit if you'll have me.
Hidden 3 mos ago Post by vancexentan
Raw —
OP

8806 posts
in 2202 days
Seen 2 hrs ago
Bio
I believe the Jesta cannon should be fine. You don't need to be an expert of the universal century to join this. You just need to put some work into reading up on Londo Bell, maybe a watch of Gundam Narrative to see what combat is like minus the unicorn/Phenex style suits. I'll see about putting up an OOC tomorrow.
Hidden 3 mos ago Post by vancexentan
Raw —
OP

8806 posts
in 2202 days
Seen 2 hrs ago
Bio
@Gigan@CaptainBritton@Silverwind Blade Alright here's the OOC I'll still be accepting more people if anyone was wondering.