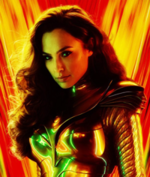 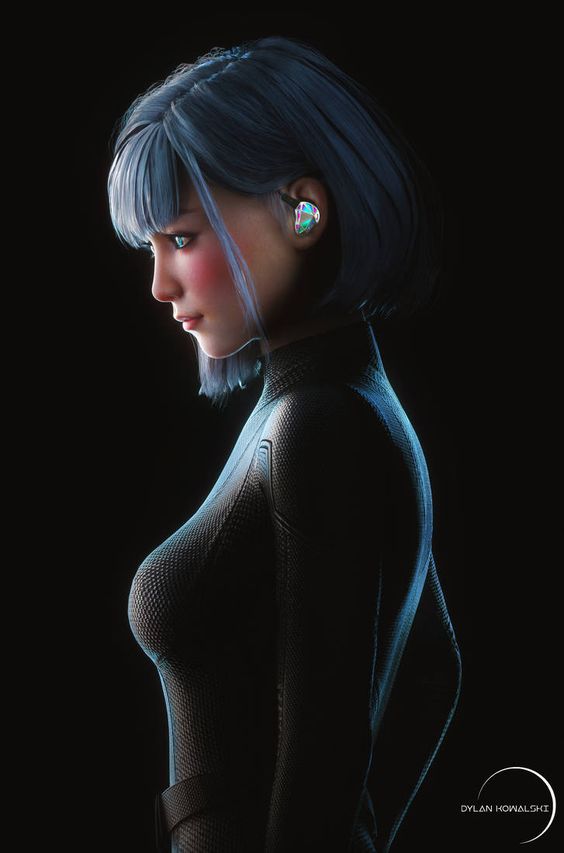 A P P E A R A N C E
Odette is of a slim build and stands at a modest 5’6”. Her features are sharp and she has a diamond shaped face with two wide sapphirine blue eyes that command attention with their steel. She puts very little work into her appearance, but is naturally striking. Her extremely porcelain skin sets her apart from most of her peers, and her white-blonde hair has, in the past, caused people to wonder if she was touched by albinism. She rebukes such notions by explaining in as prophetic and poetic a manner; “All of the colour was put into my eyes.”

She has an athletic figure, which lends itself to well to the acrobatic feats she is able to accomplish. She has the strong and muscular build of a Ballet dancer - and as such moves near silently and with complete grace. You’ll never hear her coming. Her usual manner of expression is cold, and it often feels like she is looking through a person, and not at them. She is intense, something that can be quite disarming to others. A smile from Odette is rare indeed, which makes it all the more special to witness. Even rare still, is an elusive laugh.

She will dress in skin tight clothing, usually in a soft and flexible material that allows the most movement, when possible, she likes to highlight her clothing with flashes of neon pink to match a visor that she wears out in the field. More recently she has taken to dying her hair a cool blue.

P E R S O N A L I T Y
Odette, despite the poise and grace that she naturally possesses, is a fierce woman and will comfortably exploit the weaknesses of her foes. Odette is loyal to Cerberus to a fault, and as such is one of their most gifted agents. She has a work ethic that is matched by few in the organisation - many refer to her as ‘stone-cold’ or simply put, a predator. She is almost infamously private, hard to read, and unpredictable.

Odette’s intelligence could be called ruthlessly efficient, she is an incredible analyst of data which works incredibly well for her in her role as a Specialist Operative. She is able to pick up on the small details of a case that bring everything together while most people are looking at everything as a whole, Odette will rip it apart and pick at the parts she can manipulate . When pushed — and it may not take that much — Odette can be remarkably devious, manipulative, and brutal. Her plans are crafty and cunning, and employ the strengths and weaknesses of her opponents against them.

Odette is not without some more endearing qualities, and is a very sentimental person at heart. Once she takes to another individual, she takes the time to understand them past the surface level and particularly likes to pick out meaningful gifts for friends and romantic interests. She is a romantic at heart, enjoying poetry and romance novels. The woman has very expensive taste - as evidenced by the clothing she wears outside of work, it is almost always designer. She also enjoys fine dining, and more sophisticated forms of entertainment - such as plays and the opera. 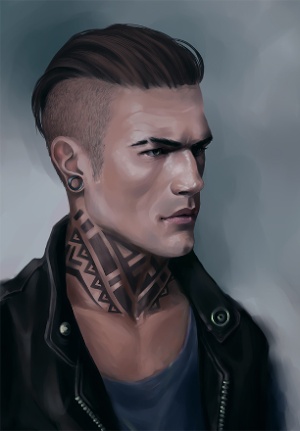 A P P E A R A N C E
Callan stands an even six feet in height, his frame athletic and sturdy. He has masculine facial features and a light complexion with two fierce green eyes. He's clean shaven with a rough jawline and strong chin. During his time on Omega he has gotten a tattoo, an intricate design which encompasses much of his neck. On the right side of his chest he has had his gang's insignia tattooed. He's also had both of his ears pierced and cut his hair into a non-regulation style if he was still in Cerberus. Its all part of embracing the newfound freedom the runaway now has.

He has kept himself in top shape, training as if he had never left Cerberus. His figure is muscular, but not overly so, possessing a swiftness to it akin to an elite athlete. His body is dotted with scarring, bruises and marks from his time in Cerberus. Having been put under the needle to enhance his powers and beaten when he disobeyed their orders. He keeps this scarring hidden from others. Having fully embraced his new role on Omega, every step of his is filled with a fullbodied confidence. His expressions echo this sentiment, Callan never shows any fear, or emotions that could be construed as weak. Among his underlings his voice sounds like a hammer against wood, when he speaks others listen. One look into his eyes it can easily be realized that this is a man that has embraced his role as the driving force of his gang, the Void Angels.

Its most common to find Callan suited up in his armor when not around his gang's HQ, decked head to tie in protective but light metal. His weapons holstered precisely along his belt. Even when he is without his armor, and in a casual setting it is rare to find him unarmed. He knows how wanted he is both on Omega and off it by one of the most powerful organizations in the galaxy, Cerberus. A gang leader is someone that must always be on their guard and he is no different. His clothing choices outside of his armor are nothing fancy, a tough pairs of jeans, boots, a plain t shirt and a leather jacket is a common casual outfit for him. He is not someone who spends frivolously, nor one for high fashion.

P E R S O N A L I T Y
At the surface Callan is a rough and harsh person, with an anger deep inside of him which constantly drives him forward. He's utterly ruthless in his decisions, only caring for that which aids in his own survival as well as strengthening his gang. Life on Omega either twists or breaks a man, and it twisted Callan further than he had already been. He's as fiery with his words as he is with his weaponry, and his temper is known among those that deal with him. In past conflicts he's frequently exploded in a fury of rage and biotics, a terrifying combination. He's tossed people clear through windows or into walls in his boiling anger. His rage is something which stretched back before his time on Omega, its seemingly only becoming more fearsome in his stint as a gang leader. These outbursts are something which he has tried to work on, doing his best to keep a confident face of composure but when set off he's unable to hold back.

He's fearless in his dealings, a childhood as an experiment and an adulthood in the most ruthless organization in the galaxy tends to strip any outward fear from a man. Callan tends to charge into situations head on, some would call this reckless. Though he is not a fool, he will plan ahead and listen to advice of others if its presented well enough. He rules the Void Angels with a fist of certainty, though he is not utterly brutal with his people. He does genuinely care about the well being of its members but holds no remorse for anyone who goes against his gang. Tales of horrific things he's done to his enemies frequently fill the airways of Omega. His ambition is known among the power players of the Omega scene, that Callan seeks to further expand while gaining more power and credits.

Callan internally is a different man than the brutal, unflinching gangster he presents himself as. He holds a ton of emotion inside, accumulated trauma stretching back to childhood. Its where the great anger comes from, the rage which pushes him on. He's vulnerable emotionally, having closed himself off to others, not allowing anyone to see what goes on inside of him. Callan is not one that speaks much of himself or of his past, as there is too much pain to it. Too much that it would come off as a weakness which is not something he could afford. He still fears Cerberus, that they will one day drag him back into their wretched confines and hurt him more. Further turn him into a weapon to push towards their horrific goals. A large part of his goals of strengthening himself and his gang is to make himself impervious from Cerberus, should they ever discover where he is.