How to get to Hadestown 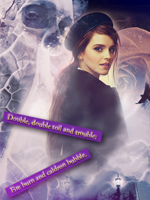 62 posts
in 25 days
Seen 6 hrs ago
I have a half-formed idea or two about making a modern Greek/Roman myth rp centered around a few of the couples or any of the characters. Set someplace like Athens, New York or Mount Olympus, Indiana or something like that. It could also have it set in ancient times for humans and a modern realistic setting for the gods. Gods have to pass as normal humans that sort of thing until they are in the underworld or Mount Olympus. Hell would even be all for an adult version of Percy Jackson. As stated it is not fully formed. Here are some plot ideas or points...

Hades and Persephone - I love the idea that he is not all to blame in this. I like things like Lore A Olympus or something like the quote HERE. I would love to start this relationship from the start and go from there. I would love to see this a slow burn thing since she is trying to remain loyal to her mother and he wants to respect her wishes because he is sort of with someone else. I personally would love to play him.

Persephone and Ares - Think this could be interesting since Persephone had a thing with Ares before she meets Hades. It was nothing major and it was before he met or hooked up with Aphrodite. It could just be a fun relationship.

Aphrodite and Ares - The forbidden relationship since Aphrodite is married to Hephaestus.

Hephaestus and Aphrodite - They are married but it is not a happy one.

These are not fully thought out. I have more but did not want to overload people. I have been reading too much mythology lately, reading Lore A Olympus and listening to Hadestown. I need some help here.
Hidden 8 days ago → 8 days ago Post by Xephyra
Raw — 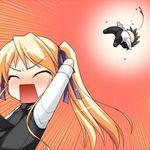 23 posts
in 174 days
Seen 3 hrs ago
Bio
It's been forever since I read any mythology but this sounds like it would be a fun idea. I'd be down to try as Aphrodite or Persephone; but first I'm going to spend some of my upcoming time off reading Lore A Olympus and Hadestown so I'd feel more caught up. Let me know if anything changes or whatnot :)

EDIT: the Lore A Olympus is a webtoon, aawww yeeeeea that makes it even better!!
Hidden 7 days ago Post by Sadi
Raw —
OP

23 posts
in 174 days
Seen 3 hrs ago
Bio
It is?! I’ll be honest, I’m still definitely interested (I’m also mad I already finished Lore A Olympus and now have to wait three days for the next chapter :( )

If it’s any help, I am pretty good at writing multiple characters c:
Hidden 6 days ago Post by Sadi
Raw —
OP

62 posts
in 25 days
Seen 6 hrs ago
@Xephyra that would be cool want to take this to play?
Hidden 6 days ago Post by Xephyra
Raw —

23 posts
in 174 days
Seen 3 hrs ago
Bio
@Sadi I’m totally fine with that or waiting for any others, I can see this good with the small group or just 1v1 with multiple characters lol
Hidden 5 days ago Post by Sadi
Raw —
OP

62 posts
in 25 days
Seen 6 hrs ago
@Xephyra. We can wait a little longer to see if anyone else wants to join
1x Like