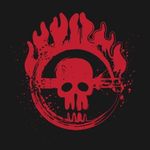 lock it down, all of it. The storm is going to get worse, and you all know that they come with it. DC is covered, last predictions say it’s tendrils had just reached Texas... this is truly the end. All of the other outposts have gone dark, god knows what’s happened to them. We knew the technology was experimental, but only 1 out of 10? Count yourself lucky. This is really the end. No evacuation incoming, no supplies incoming, no help incoming. Can’t even see out the goddamn window, let alone get goods down to Alaska. We’re down to a skeleton crew here, if that gives you any indication of how bad it is. Every national guard, every military personnel, all police, CIA, FBI, have been instructed to retreat to the whitehouse, and there’s barely a hundred of us here. Only a matter of days before the power runs out, and when that happens... a selfish part of me wishes we had tested your tech here instead of in those frozen wastes. I hope for you, and for humanities sake that whatever that thing you keep in the lower level is it keeps functioning. God help us all.

Last received transmission from the president of the United States, Gregory Howell. October 19, 2024

Outpost 9 is a horror, survival roleplay that takes place in an isolated outpost, deep in the Alaskan mountains. Due to unexplained events, a second frozen age descended upon the earth. And for those that managed to keep warm enough to survive, the never ending blizzard brought with it strange, apex predators. Society did not even have enough time to properly research them, let alone name them, so they remain as faceless, formless entities that seek only to hunt the feeble remnants of humanity, thriving in the new frost. As the world crumbled in the face of this new Age, a gruesome breakthrough was achieved. It was discovered that by capturing one of the predators and implanting it into the newly created Ryker Device, one could ward away the predators from a small area. And yet these devices were fickle, prone to failing, with not nearly enough to perfect the device. You are scientists, soldiers, or refugees that take shelter in outpost 9. You have been informed that your Ryker Device was the only one of its kind to work properly, and your fellow other outposts fell prey to the predators and never ending cold. You are tasked with surviving the new world, by scavenging supplies and food, keeping the Ryker Device working properly, and maintaining the outposts vital mechanical parts functioning. To safeguard the last remnants of humanity, you must protect the outpost and even venture beyond it to secure the supplies you need to survive. You will have to make decisions that affect the life or death of the outpost. Research hydroponics and heating, to grow your own food? Or study the horrifying creature inside the Ryker Device, and attempt to unlock its secrets before it fails? The choices are yours, and every one of them could be your last.

some boring stuff
Hello! My name is Paradoxial and this is an idea I’ve been cooking up for a while. Kinda rough right now I know, but hopefully interesting nevertheless! I’m looking ideally for 3-6 players, and will begin to work on the full project if this gets suitable interest. Thanks for checking it out, and I hope I can see you in the outpost. I tried to start this a few months ago but had to back out because of some pretty serious IRL stuff, but I’m back now and still really want to pull this off :)
1x Like