Star Guardians: Defenders of the Stars 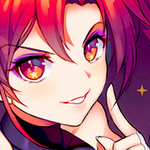 333 posts
in 2318 days
Seen 7 days ago
Going to keep this short, I'll put more effort into an OOC if there's enough interest.

Basically just wondering if anyone is up for a Star Guardian RP. A mix between slice of life/Academy RP and general Star Guardian 'save the world' kind of stuff, ranging from fighting off little critters that pose little threat to anyone, to facing off world ending threats. I do have some actual plots in mind, not just 'alright today we're fighting this enemy', though there will be that too.

The question I do have for anyone interested is which group we play (As I don't want to mix and match the groups together). Lux's group, or Ahri's group.

I'd be looking for people dedicated to this sort of thing, as in the past my RPs that died off were always (Except in one very personal case) when people just, stop responding. I'm looking for people who can take the initiative, not a full group of "I'll wait until someone posts" people.

If someone REALLY wants to play Xayah or Rakan we could find a way to make it work.
Hidden 6 days ago Post by Tate
Raw —

Bio
I am interested in playing either Ez, if we choose that group or if we decide to make Rakan work, I would love to play him. I could figure something else out but count me interested
↑ Top
© 2007-2017
BBCode Cheatsheet