STATUS: And so when you have one player who plays both of the characters, that means they are dictating and creating their own character growth rather than it being dependent on someone else's writing. 1 yr ago 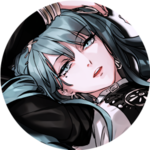 1 yr ago
Current And so when you have one player who plays both of the characters, that means they are dictating and creating their own character growth rather than it being dependent on someone else's writing.
1 yr ago
I think the failing of most Fate RPs is that they have each person play both a master and servant. The problem with this is that the bonds between the servant and their master are the deepest growth.
3 likes
2 yrs ago
Little busy with Christmas and whatnot over the next couple days. And driving. A lot of driving.
1 like
2 yrs ago
I'm sorry to people who had put effort into the RP I was starting a few months ago. My father passed away unexpectedly on the 1st of July, at the age of 56. So I haven't really been on here much.
1 like
5 yrs ago
I don't care what anyone says, I'm having the most fun with FFXV that I've had with a game since Metal Gear 5.
2 likes

Gotta check up on you two, especially Edie since it's been almost a week of silence now.
In Genesis Ex Machina → 7 mos ago Forum: Advanced Roleplay
I understand, especially with holidays coming up soon. Just keep us posted when you can.

We are technically already full at the moment, although half the players have already gone dark so... :P
In Genesis Ex Machina → 7 mos ago Forum: Advanced Roleplay
So about those posts.
In Genesis Ex Machina → 8 mos ago Forum: Advanced Roleplay
Opening her eyes for what felt like the first time ever, a girl found herself locked in some sort of pod. It wasn't the most comfortable fit, and she barely had enough room to move her arms. As if by instinct, she reached out, taking hold of a lever, and pulled it hard. There was a hissing sound, before a door in front of her pushed out, and then ejected, flying a few feet and bouncing off a vehicle before sliding down the road. She felt the need to get out, to wherever she was, and so she took her first step forward, almost stumbling as she felt like she had to stop and think about how to walk.

Her head hurt... like it was used to create the crater around her, instead of the pod behind her. It took her a long few moments to get herself focused, to get her senses back. She was barely able to focus on anything. Slowly though, it all came back to her. At least, her senses did. The first thing she noticed was bits of cold hitting her face. Looking up, she could see rain falling from the sky. This lead her to her second realization. Though dark, the sky far above was clearly made of glass. How rain was falling, she didn't know for sure. Her first guess was the pod she just came out of fell through the glass sky above, and let the rain in. Then again, maybe there was some form of unnatural rain built into that giant ceiling over the...

And her third realization. She was in a city, surrounded by towering buildings each at least thirty stories high. It made it difficult to get a grasp of her surroundings, as she didn't know how big the city was, how big that dome even was. She wasn't sure where this was, why she was here, or whose city this was. And that thought lead her to her final realization.

She was completely alone, with not a soul around. The city looked alive enough, bright glowing neon signs, lights on in the buildings, vehicles around, some of them on... but, no people. Why was it so, empty? And if she was so alone, why did she feel so, in danger? For some reason not being able to see people made her feel even more threatened, as if there was a lurking danger around the corner. It wasn't as if all the people had disappeared into hiding so they could get the drop on her, right? And yet she felt exactly that way, as if she was about to be ambushed.

She barely had time to even ask herself the questions... who was she, where was she, why was she here? Her body screamed to get out of the open, to find cover and form a plan. But how could she form a plan, if she didn't even know... anything?

Once again acting on instinct, she turned to the pod, and reached out to its side. A hatch opened, and out slid a space with a massive weapon in it, a long white blade as big as she was. She grabbed it and lifted it, expecting it to be heavy and yet, it weighed nothing to her. Judging by the appearance alone, it was very advanced, and not just a simple chunk of metal meant for cutting. As she stepped away, placing the sword in a slot on her back, she eyed the pod, and noted a large "37" on it.

She waited for just a moment, thinking on it, before turning to an alleyway and walking from the pod. She had what she needed... a weapon, and a name. 37... She felt it was connected to her, it felt so, familiar. It could be anything but, somehow, she felt like 37... was her. And so that was it, Thirty-Seven, would be her name. Until she could remember what her real name was. It couldn't just be a number right?

Why couldn't she remember anything. Why was she here... she had too many questions, and no signs of answers as she walked through the alleyway, until she saw something ahead... something... very small?
In Genesis Ex Machina → 8 mos ago Forum: Advanced Roleplay
@Edie@Sylvan@Sierra

First post is up, sorry for the wait, it's been a long work week for me. So whoever wants to post can go ahead and do so. I'll be focusing a lot on the surroundings of your characters and things to lead them along rather than my own character, until the group is brought together, at which point I'll take more control over my character.

Also I changed her number for reasons.
In Genesis Ex Machina → 8 mos ago Forum: Advanced Roleplay
That's fine. I'll put a starting post up soon, and then everyone can just sort of post whenever. Once everyone has posted, that will be our post order but as I've already said, if there's no need for you to wait for someone else and you feel like posting, go ahead.
In Genesis Ex Machina → 8 mos ago Forum: Advanced Roleplay
Looks good to me. I would suggest having more advanced weapons as these characters are using massively advanced equipment, 'mostly' energy based weaponry BUT, you can use whatever you want, there is no real like, standard for them.

Edit: I typed up this whole thing like, yesterday, then never pressed post.
In Genesis Ex Machina → 8 mos ago Forum: Advanced Roleplay
@Sierra I understand, but that's some of the beauty of it all. You build your character without knowing who they are, so you have to 'learn' who they are, though in time, they will get their memories back, and you will get to give them a backstory then. You're welcome to join, though I'll be cutting off applications after you.

@ASTA Characters need to be human I'm afraid. Not something I specified but I didn't expect someone to try and make a character like that.

And also a minor spoiler that creates more questions than answers but any sort of 'automaton' would pretty much be dead on arrival due to in-story reasons.
In Genesis Ex Machina → 8 mos ago Forum: Advanced Roleplay
Both look fine to me, go ahead and post them. I'll be getting an initial IC post up soon (More than just the intro post) and then we can post in whatever order we want. Characters start out separated so there's no reason for anyone to need to wait for someone else to post, and from then we can just settle into a post order based on who does their starting post when and try to stick to that from then on.
© 2007-2017
BBCode Cheatsheet