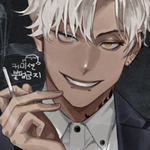 Bring me your medieval fantasies, your contemporary horrors and your tabletop rps, and I promise to word vomit all over them.

D&D has taken over my life, but I'm sort of okay with it.

The battle raged on, but most of it was a blur to her - she was all too focused on trying to steady her hands so she could light a match. By the time she succeeded, she noticed the need for it had disappeared; flames had already engulfed the troll, thanks to the warforged's magical blade. She put out the match and stuck the rest into her bag; perhaps she'd have use for them later. For now... what could she do to help? Getting any closer would be suicide.

... Well, the oil had worked wonders the last time. With that thought in mind, Leanna grabbed another lantern with her mage hand.

"Take this!" she shouted in the spur of the moment as the lantern left her hand. Unfortunately, unlike the last one, this one missed the mark. It crashed near the troll, spilling its valuable contents onto the wooden flooring. Leanna could only hope the fire did not spread to it. They had to take care of the troll fast - and as far as she was aware, the man that had thrown her the matches was the best suited for the job.

Turn Summary:
❧ Leanna throws a lantern at the troll with a natural 1 for an improvised weapon attack.
❧ Leanna uses Bardic Inspiration on Durman.

Next up: @Decker219
In Pathfinder 1e Party for The Hellfire Compact → 7 days ago Forum: Tabletop Interest Checks

@Vertigo Looks like you are the tiebreaker vote. What do you prefer? Discord or forum?

Oh snap, the pressure. Hmm, I've done rps both on Discord and on Guild, and I feel like they serve different purposes.

Discord is better for faster but less descriptive posts.

Which type of rp are we looking at here? I'm down for either type, for the record. Just knowing that would help deciding on the medium.
In Waterdeep Dragon Heist (D&D 5e) → 17 days ago Forum: Tabletop Roleplay
Copypasting this over-- 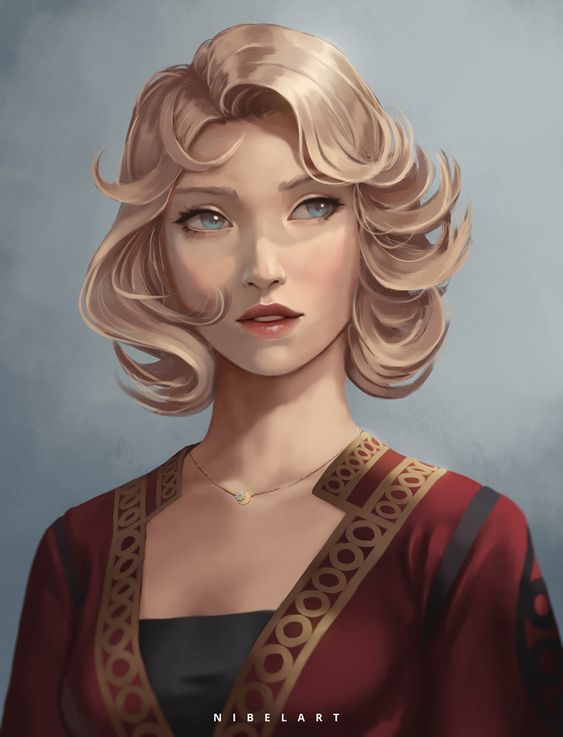 Features
Fey Ancestry「half-elf」 You have advantage on saving throws against being charmed, and magic can't put you to sleep.

Darkvision「half-elf」 Thanks to your elven heritage, you have superior vision in dark and dim conditions. You can see in dim light within 60 feet of you as if it were bright light, and in darkness as if it were dim light. You can't discern color in darkness, only shades of gray.

Skill Versatility「half-elf」 You gain proficiency in two skills of your choice.

I judge people by their actions, not their words.
If someone is in trouble, I'm always willing to lend help.
When I set my mind to something, I follow through no matter what gets in my way.
I feel tremendous empathy for all who suffer.
I'm driven by a wanderlust that led me away from home.
Ideals

People. I like seeing the smiles on people's faces when I perform. That's all that matters.
Free Thinking. Inquiry and curiosity are the pillars of progress.
Change. Life is like the seasons, in constant change, and we must change with it.
Aspiration. I'm going to prove that I'm worthy of a better life.
Bonds

My instrument is my most treasured possession, and it reminds me of someone I love.
I've been searching my whole life for the answer to a certain question.
My tools are symbols of my past life, and I carry them so that I will never forget my roots.
Flaws

I'm never satisfied with what I have--I always want more.
I am easily distracted by the promise of information.
The monstrous enemy we faced in battle still leaves me quivering with fear.
Once someone questions my courage, I never back down no matter how dangerous the situation.
I'm horribly jealous of anyone who outshines my handiwork.

By now, time has washed away most of Leanna's early childhood memories. All that remains are scattered sceneries and emotions, all from different times and places. She knows her family used to travel, and that most of her days were spent on the road. But where they were going and what they had left behind, she does not know.

Her first clear memory is of a cold winter night. Her mother embraced her with trembling hands, repeating words of comfort like a mantra. She remembers the reek of blood, and the glint of metal in the moonlight. She remembers a beast, larger than any she's seen since. She remembers the soldiers that escorted them to the nearest town. She doesn't remember where her father went. All she knows is that she never saw him again.

From that night onward, Leanna and her mother no longer traveled. She can't recall if she ever asked why - or whether or not her mother answered. Whenever the topic of travel was brought up, her mother's smile faded and her features were overtaken by anguish. In time, Leanna learnt to fear the world beyond the city's borders, though she never learnt why.

With elven blood in her veins, Leanna grew up much slower than the humans around her. She was barely a woman grown when her mother left the mortal realm. And when her friends' hair begun to ashen and fall, Leanna remained youthful. Her godchildren grew from tiny bundles of joy to men and women like her, and then had children of their own. She saw the master under which she studied leatherworking grow old and retire, and before she knew it, she ended up a teacher herself. Though few said it out loud, it was clear she did not quite belong among the humans.

Then one day, her city was visited by a band of adventurers. They were a ragtag group from different backgrounds and races, united by a common cause. Leanna met a few of them as they came to buy her wares, and ended up listening to the stories they had to share in the local tavern. The more she heard, the more she was overcome by a peculiar sense of... she hesitated to say nostalgia, yet knew no other name to call it by. The scenery the adventurers described roused vivid, familiar images in her mind, stirring memories she did not even realize she'd possessed.

The world beyond the city... was it not, perhaps, as scary as she had thought? Would it have a place for her to belong? Or did she belong nowhere but the roads themselves?

Noticing her intrigue, one of the members of the adventuring group offered Leanna a chance to travel with them to their next destination: Waterdeep, a magnificent city far up in the north. If she truly wished to experience adventuring for herself, there was no better place to start.

Or so he said. Leanna could only hope his words rung true.

Juuust a warning about the demon spawn. Cheliax is a city that primarily has an allegiance with Hell, and heavily promotes it. There are lesser devils like imps all over the place. Demons and devils are not really on good terms.

You're probably not going to get murdered, as law is an absolute. But the interactions would be interesting. Bright side is... Cat sized house drakes are common too, and have turf wars with the imps

Ooh, that is good to know, actually. I might go with the dhampir, after all, just to avoid bringing the party conflict from the very start. Plus, can always play tieflings in 5E - but not dhampirs.

Also, I have a few stupid questions.

1) Do we get any starting equipment with our class like in 5E, or do we buy everything with our starting gold?
2) When (if ever) do we get ASIs?
In Waterdeep Dragon Heist (D&D 5e) → 19 days ago Forum: Tabletop Roleplay
No worries, I assumed as much!

The classic 1, 2, 3, 4, me blunder has happened to all of us. :P
In Pathfinder 1e Party for The Hellfire Compact → 19 days ago Forum: Tabletop Interest Checks

Haha, not this time! He did actually find a home elsewhere though - he's an Arcane Trickster 3/Chronurgy Wizard 2 in a weekly text-based campaign now.

I was eyeing the kitsune race instead, among others.

... So I just learnt "Antipaladins" are a thing and they seem pretty cool. So I think I'll either go with a Demon-spawn Tiefling Antipaladin, or a Moroi-born Dhampir one.
In Pathfinder 1e Party for The Hellfire Compact → 19 days ago Forum: Tabletop Interest Checks

@Vertigo
How much charisma do you think you'll give your character?

I'm still mulling over a few different ideas, but I do think that I'll have charisma, no matter which of them I go with.
In Waterdeep Dragon Heist (D&D 5e) → 19 days ago Forum: Tabletop Roleplay
I see I wasn't tagged - I assume I'm still welcome though, seeing as my character's header is still in the first post in IC?

About Yoh, I'm usually not a fan of DMPCs since it's so easy to even accidentally use DM knowledge with them. But I also feel it's a bit unfair if you don't get to use him at all, since you didn't originally sign up for GM duty. The whole making him a villain thing sounded interesting, but I'm not sure if that'd be interesting for you? Anyway, I won't make a fuss if he stays as a DMPC either.