STATUS: After many years, I’m playing The Sims again. I missed it so much. 23 hrs ago

23 hrs ago
Current After many years, I’m playing The Sims again. I missed it so much.
3 likes
1 day ago
Everyone on the internet sexualizes Gardevoir. Why does no one sexualize Gallade? He’s hot too. :P jk jk
1 like
6 days ago
Weekends are my RPING time
4 likes
8 days ago
The booster made me exhausted
1 like
10 days ago
I’m generally more of a cat person
1 like

I’m Crimson Flame and I’m addicted to RPing. But sometimes ADHD kicks in, and it takes me longer to reply to things than it should. If I’m taking too long to respond, feel free to say something. Just don’t be rude about it.

There are a bunch of RPs I like. Pokémon, Digimon, Fantasy, Superhero, it would take too long to list them all. I’m not a fan of Horror or Apocalypse settings though.

I have a particular type of character I like making. Look through my Character Sheet thread, and see if you notice what a lot of my characters have in common.
roleplayerguild.com/topics/182450-cri…

You could just have youngster joey show up and challenge up with his gang of kakuna trainers.

Yes. A bunch of kiddos making fun of them. “Aren’t you all a little old for this?”

I think PVP is not my cup of tea either. I was thinking that maybe we could be attacked by a criminal organization and fight them together. This would give them (or at least saint) a reason to really stay together.

I could have Team Flare show up earlier.

There’s not much to do in Aquacorde so we may just end up battling each other. ^w^
In Pokémon: Kalos Chronicles: Superstars of Friendship Edition → 2 days ago Forum: Casual Roleplay

@Crimson FlameWhen are we going to move on from just chatting as we are now?

I can move us along the next time I post.
In Anepool Academy for the Gifted → 5 days ago Forum: Casual Roleplay 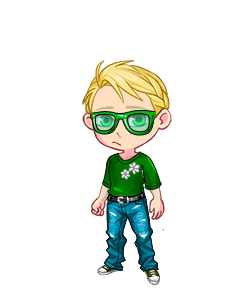 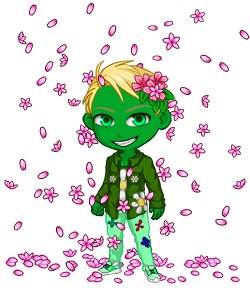 Name: Florian Pine
Nicknames/Aliases: Pine (He introduces himself by his last name because people made fun of his first name. It means a lot to him when someone calls him Florian, and doesn’t make fun of him for it.) Ferny (One of the mean names he was called. Do not call him this)
Home Location: South Minks
Age: 18
Grade: 12th
Year of Attendance: 3 1/2

Gender Identity: Male
Race: Plant/Human Hybrid
Natural/Racial Abilities: Being part plant, he can breathe CO2, allowing him to survive in places that lack oxygen. He can also Photosynthesize, so he can go long periods of time without eating or sleeping (though he can still do both if he chooses.) He does require sunlight and water to function. Being cut off from sunlight can weaken him, and eventually kill him. He is also sensitive to heat and cold.

He can turn his skin from green back into a normal tone. He prefers his green skin though.

Height: 6’0”
Hair Color: Blonde
Eye Color: Green
Distinguishing Features: The Green skin is hard to miss. Although he doesn’t have that all the time… There is always some form of plant life on him or around him.
Appearance: Pine is a tall and lean young man. He stands at six feet tall, and has a slim physique. He has a heart shaped face with a firm jaw. His eyes are as green as the forest. He has a mop of blonde hair on top of his head

Pine doesn’t have much of a taste for fashion in his day to day life. He dresses in casual jeans and T-shirts, often green in color and with floral patterns on them. Then other days he just wears floral patterns head to toe. He has even been known to wear flowers in his hair. In all of his outfits, he often wears a pair of thick green glasses.

Personality: Once upon a time, Pine was a shy and nerdy young man. He didn’t have an easy time socializing with people, and also didn’t have much confidence. After gaining his powers, he developed a bit more confidence, but he's still awkward when it comes to interactions with people. He is interested in science, and is particularly fascinated with plants. He often prefers his plants more than other people’s company. He hopes to one day become a scientist himself one day.

Some days, Pine hates humanity. His experience with being bullied, along with the way people take nature for granted, makes him think the world would be better off without humans. He can be rude to people when he first meets them. He can still be rude even after he first meets them. While he’s not opposed to using his powers for violent means, even outright killing people if necessary, he does know he needs some people around to produce CO2 for his plants to function.

There are other times when Pine longs for human companionship. If anyone shows him even the slightest hint of kindness, he will be all for it. He’ll cling to that person and be their best friend. At least until he perceives they did him wrong in some way. In general, his emotions can vary wildly at any given time.

Aspirations: To become a botanist
Fears: Being bullied, plants being mistreated, fire

History: Florian Pine was born to a pair of scientist parents. They studied plantlife, both in the lab and out in the field. They were often busy with their work, so they weren't around very much to raise their son. Sometimes they took him on research trips with them, but when they did, they often left him to his own devices. Even though his parents didn't show their affections all that much, Pine always knew he wanted to be a scientist just like them.

Growing up, Pine always had a fascination for plants. Something he got from his parents. On his free time, he would frolic in the flowers. He saw how often people would casually leave their trash on the floor in the forest, which could harm the environment. Pine would tell them to pick up their trash, and they'd just laugh him off. Others found his intense fascination to be odd. He was often bullied by others because he was physically weaker, psychologically delicate, and in their eyes he was just plain weird.

He would be picked on, beaten up, called demeaning nicknames, every kind of bullying you could imagine. He was even made fun of because his first name was Florian, which was weird. He also had to sit alone during lunch because no one else wanted to sit with him. Him trying to defend himself by saying it means flower did not help the matter.

Despite all the bullying, there was person who seemed to show him kindness. A boy named Evan often defended him from bullies. Evan was handsome and one of the most popular boys in school. Pine was shocked him of all people would take the time to defend him. They hung out together sometimes, and it was the first time Pine actually had a friend! He finally had somebody to sit with during lunch. It didn't take long for Pine to get a crush on Evan. After a long while, Pine finally built up the nerve to ask Evan out on a date. Evan politely turned him down. Pine was not happy about this, but he was able to move on with his life.

Than he heard Evan talking to his girlfriend in the hallway. She witnessed Pine asking her boyfriend out, and wanted to know what happened. Evan basically admitted to his girlfriend that he didn't like Pine all that much, and thought he was as weird as everyone else did. The only reason he defended him was out of pity. He told his girlfriend she was the most important person in his life, and kissed her. Now, Pine was devasted.

He ran away to his family’s garden. That always made him feel better. He had been there countless times. But this time, something happened. When he was done, he found that his skin turned green, and plants seemed to grow around him. He quickly showed his parents this new development. His parents were fascinated. Pine was immediately enrolled into Anepool Academy so he could learn to control his new abilities. Pine was glad to be away from those people who made his life hell.

He is now on his senior year of school. He mostly keeps himself at arms length from others, and is mostly devoted to his studies.

Anything else?
Is Bisexual, but prefers other men.
Has a major sweet tooth
Has other stereotypically nerdy interests like video games and comic books about superheroes. He prefers to enjoy them alone than with others.
In Pokémon: Kalos Chronicles: Superstars of Friendship Edition → 5 days ago Forum: Casual Roleplay 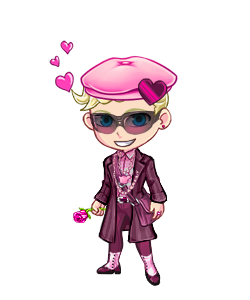 “Merci beaucoup! She is my precious Jolie. Nothing is too good for her!” André replied as he picked up his small Fairy type and sat her back on his shoulder.

The Cleffa giggled, and started making cutesy faces. Then pointed at her open mouth demandingly.

“Ah, oui.” André reached into his bag, and pulled out a box of Pokepuffs, and fed a pink one to Jolie. “She loves those.”

André smiled when Saint gave him a hug. “Good to see you too mon ami. I see you have gotten handsome over the years. I cannot wait to take you shopping. Ça va être amusant!”

Saint then pointed out another one of their friend group. It was Kairi… At least, he thought she was. She had changed a lot over the years. Didn’t she used to be… more cheerful than this? He wondered what happened? She asked what brought him here, and André smirked. “Oh, I have a plan ma chérie. You will see when the others get here.” He leaned in to kiss her on the cheek like he had with the others, but when he got close, a bad smell reached his nose. He scrunched his face in disgust, and backed up. “Mon Dieu! Have you been smoking?” He reached into his bag, and pulled out a bottle of his Rose scented perfume, and sprayed it in her direction. Then stuck a pink rose behind her ear like he had done with Ember.

Sure enough, one more member of their friend group approached. It was Grace, and it seemed she too had changed a lot over the years, and not good way. What happened to these girls? It seemed like André had some work to do. He noticed the frosty tone in her voice, but chose to ignore it. “It certainly has mademoiselle.“ He kissed her on the cheek too, and her a pink rose. “That is why I have brought you all here!”

The Porygon seemed more friendly than it’s trainer was. André gave it a pat on the head, much to Jolie’s annoyance.
In Pokémon: Kalos Chronicles: Superstars of Friendship Edition → 8 days ago Forum: Casual Roleplay

@Crimson Flame its perfectly fine Kairi again is a quiete gal now a days, I am hoping though she will be recognized, if for some reasin she is not i got a post that will bring her out of the dark.

Speaking of we also have to get Regis with the group.

André may start shipping him and Kairi but we’ll see how they interact.
In Pokémon: Kalos Chronicles: Superstars of Friendship Edition → 8 days ago Forum: Casual Roleplay
@xXSINXx No I did not ignore your post. But it seems like Kairi is trying not to be noticed, and André has other stuff to look at. xD