STATUS: I am still on RPG, so do feel free to message me. Just don't have the time or energy to actually join any RP's right now. Focusing on a LOT of other projects, including getting into Audio Drama. 9 mos ago

9 mos ago
Current I am still on RPG, so do feel free to message me. Just don't have the time or energy to actually join any RP's right now. Focusing on a LOT of other projects, including getting into Audio Drama.
1 like
3 yrs ago
Computer is back, yay. I can post again :)
2 likes
3 yrs ago
Computer is getting some much needed maintenance. Will be slow posting for the next week or 2.
3 yrs ago
Sorry for disappearing for 2 months. Life kinda went to shit and RPG was pushed to the back of my mind.
1 like
4 yrs ago
Computer is broke AGAIN. Dog jumped on me when I had a glass of water in my hand, but some of it leaked in. Posts are going to be slow for the next week.
1 like

In Digimon: After the Convergence → 21 hrs ago Forum: Casual Roleplay
@Duthguy You gonna respond to @BladeSS4 attacking your character by accident, or does everyone just want me to move this along?
In Digimon: After the Convergence → 4 days ago Forum: Casual Roleplay
Sorry about being a little absent these last few days. Been super busy with work.

@Charlie Foxtrot Feel free to throw up a Character sheet, people are accepted on a case-by-case basis.
In Digimon: After the Convergence → 8 days ago Forum: Casual Roleplay
@Martian 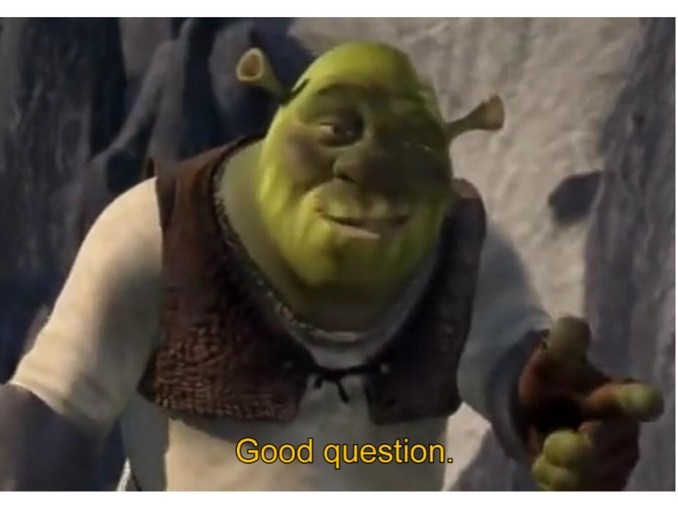 Well, to be honest, our last group used the Season 2 Digivices, but I'm happy with saying that in the intervening time, we've updated to the Data Squad Digivices.

@Double they are supposed to go down easily for the moment, because... Well, it's a good way to introduce everyone their characters, but once everyone has made their opening posts, everyone will find out why they went down so easily.

A dark room. A large table, at the head of it Siggy sat with NeonGuilmon stood next to him. "Gentlemen!" He called. Sat around him were Directors Lucas and Zei, with Jordan, Dirk, Leon and Ari monitor screens. "It ha-"

"You know, that 2 of us are ladies... Try to be a little more sensitive, Siggy." Ari butted in. Siggy stared at her with a face of purest ire for a few seconds.

"It has been brought to our attention that things are picking up again." He pressed a button and a hologram appeared in the middle of the table. "After the dip in Digi-Emergance events after the A.D.C.U. went down, things are now going back up again. We were hoping it was a spike, but it's rising to almost as high as it was 11 years ago."

"Can't say as i have noticed." Ari replied, picking her ear.

"I have-" Leon stated. Pressing a button, the hologram changed to a globe and highlighted dots across the world "Frankfurt exploded with activity these last 3 months. It's gotten so bad that i'm almost having to start insisting that potential members take the memory wipe. Either that, or there's gonna be a mass-exodus from Frankfurt as i start transfering people away to keep our notoriety down." He sighed.

"Send some of them my way. Africa is as quiet as ever." Dirk said.

"Why do you think we sent you there?" Lucas mumbled. "Me and Elecmon are handling it. Luckily, most of the things coming through are Champion-level. Me and the teams here in Tokyo are handling it easy. At the same time, we should probably see if we can get in touch with the Sovereigns and see if they can help curb this migration from their end."

"You can easily get that information." Zei replied.

"Yeah, but that means talking to that self righteous douchebag Herald." Elecmon butted in.

"You are the head of Security, this is literally your job." Dorumon grunted.

"Yeah, but there's doing our job and just social flagelation and we did not sign up for that." Lucas replied.

"With Lucas on this one." Dirk replied. "Herald rubs me wrong."

"For the first time in the entire time i have lived i'm going to say the words "Thanks Dirk" don't get used to it." Lucas replied. "But in all seriousness, if you're having over-staffing issues, then do feel free to send some of them my way, i'd be glad of the extra help."

"Same" Dirk replied "Africa's not got as much land-mass as Asia, but Africa's population is much less centralized and infrastructure is much worse, meaning getting places quickly is hard. I need more bodies on the ground over here."

"Can we stop trying to benefit off of the problem and actually look to solve it?" Zei butted in again.

"You're right." Jordan replied. "New Zealand's having much the same problem. Too many emergences, too little places to hide all of these Digimon. I'm willing to put serious money on it being a lead-up to something." At that point Siggy stood up, airing his authority as the head of the Directors.

"We are in agreement... Something is going down. But right now, we have no idea what it is. Any move we make right now might be playing into the hands of whoever is pulling the strings." He then sat down again. "But at the same time, we can't proceed too cautiously as it could accelerate their plans as we decelerate our responses. The safest course of action we have right now is to just keep doing what we are doing and wait for more information to present itself. Leon, Jordan, if you are having over-manning issues, choose some of your agents with minimal ties to the area and get them transferred over to Africa. Anyone else need more bodies?" Everyone looked at their notes, but nobody answered verbally. "Right, next on the-" At that point, lights started to flash around them. "Oh no..." Siggy sighed sarcastically "Looks like this meeting is over. It's a hard job, but somebody's gotta do it." He smiled, before pressing a button, ending the meeting and grabbing Lucas and dragging him through the doors behind him to the control room, looking up to see the Cartography being worked by a pair of agents.

"Directors, we have a massive spike of Digital Emergences across Tokyo. Power Level C, but multiple focal points."

"Dammit." Lucas growled, running over to a console and pressing the Mobilize signal to all of the agents in Tokyo. Siggy grabbed a headset.

"Tokyo units, this is Director Siggy, we have a whole mass of bogeys emerging in the city, pick your closet targets and engage at your discretion. Champion level authorization given."

As ATLAS began to scramble to contain the problems popping up everywhere, packets of mist began engulfing different parts of the city. Most of the inhabitants going about their daily business without even thinking about what might be lurking out there. Everywhere in the mist, the Tokyo citizens were seeing things moving out the corner of their eyes, but just assuming it was a trick of the light. Meanwhile, large digimon began to explore their surroundings.

In Akihabara, the roar of a Kuwagamon could barely be heard over the din of arcade-machines

In Shinjuku, parked cars were being swatted out of the way by Monochromon crashing through the streets

In Nerima, people would be forgiven for assuming that a jumbo-jet was flying too low overhead as the shadows of a Airdramon lanced through the misty skies.

In Roppongi, the drunkards still getting over last nights partying put their sights down to the lack of sleep as an Ogremon was having to fend off a horde of Goblimon from trying to eat it.

Also, people, if you have been accepted, please post your CS in the Characters section. With enough players, i will make an intro as soon as i can.
© 2007-2017
BBCode Cheatsheet