STATUS: I ain't the sharpest tool in the sheeed... 6 mos ago 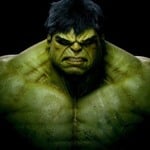 It's weird to think but I am such a major Star Wars nerd these days, yet before I was on the Guild I wasn't. I got into a Star Wars RP, got onto the Wikia, and then away I went into a spiral of nerd-om that I currently live within.

Young Justice Renegades: A Team Worth Dying For by @Hillan

Ultimate One Universe by @Master Bruce
No Turning Back by Me.
Star Wars: Galaxies at War by Me.
Absolute Comics by a load of people.

Steve accepted the help to stand up, brushing himself off. He slammed his foot on the edge of his shield, it flipped into the air and he caught it on his wrist. He smirked slightly at the quip by his former resident archer. Clint had been through a lot, the same as the rest of them. Working at the behest of the Governments of the world and their agenda wasn't exactly for him. "I missed you about as much as a hole in the head Barton, but since you're here you can make yourself useful."

Ducking behind his shield as a shot hit it, he turned away from the Dominators as Goliath shrunk down to human size. Steve crouched on the ground shield up, as soon as Goliaths boots hit his shield he pushed sending Goliath into a mid-air flip. Before the augmented human grew in size, slamming his body down on a group of Dominator reinforcements. Steve tapped his communicator. "Goliath take Jack and Widow to back up Wasp-" He wasn't entirely sure where she had appeared from. Last time anyone had seen her they had all written her off as dead. Shrinking to a 'subatomic' size or something. He didn't fully understand the science behind it all.

"Copy that Colonel." Goliath pushed himself to his feet, holding his hands outstretched as the two heroes jumped up onto his hand and then up to his shoulders. Turning back to Hawkeye Steve shook his entire body trying to loosen it up.

I've been starring at a draft in my Gdocs for weeks now and just haven't been able to muster the necessary motivation to finish it. I appreciate you guys still being here and apologize for my seeming absence and silence. Just haven't had any excitement towards writing since before Christmas.

As soon as Captain Danvers showed up in order to help secure the ship, Steve and his team leapt into action. Goliath rose up in the air, swatting at passing Dominator ships as if they were flies. Carefully catching them with his other hand and placing them down again in an attempt to minimise damage. Falcon flew ahead of him in an effort to try and lure the ships directly towards the giant. Meanwhile, Union Jack and Black Widow jumped straight into the fray in order to take down as many dominators as possible.

Steve ducked undercover as another bolt of plasma came racing towards him, adjusting himself slightly as the stun shot followed it. Sneaky. Like they had years ago they seemed to be trying to take prisoners, the difference was that they were better prepared now than they had been. With the ship being restrained the second one seemed unable to come through the breach and with Parker homing in on the location that seemed to be causing the disturbances it was only a matter of time before they wrapped this whole thing up.

Twisting he threw his shield, feeling his backache as he did so. The metal disk bounced off a lamppost, rebounded off a nearby wall and collided into a row off Dominators, as it was finding its way back Steve ran towards it catching it on his arm. Turning into it he spun around, using the momentum of the shield, and released it for a second hit towards the faltering aliens. There was a roar of engines overhead as Falcon flew over, chased by Dominators which were in turn flanked by F-35s.

Steve brushed himself off as he took cover by an abandoned police cruiser. Tapping into his main earpiece in order to gather a lay for the land and how it was developing. The Unknown Spider-hero and Superboy had wrapped up the situation in Brooklyn, while the X-Men appeared to be on the scene in Queens which meant that the biggest threat was now the Dominator ship and the threat of a second one looming at the edge of the portal.

”Spider-Man to Avengers… I’ve got a location on the source of the portals. I’m ready to move in and secure it, but could use a ride from the Liberty and some backup. In order to close the portals, we’re going to need data from them so we can try to reverse what made them. If all goes well… pizza is on me tonight.”

Steve had to suppress a smile. Parker always managed to pull through for the team, if he could make the kid a full-time S.H.I.E.L.D agent he would, but so far he had been reluctant. Steve tapped his own earpieces - "Spider-Man this is Rogers. The Falcon is on his way to pick you up. Walters if the reports are accurate and you're with the Wasp give her my greetings, and then give her cover to do whatever science mumbo-jumbo she can come up with. Danvers, if you can spare the power see what your ring can tell us. The more information we can get the better."

Steve heard a large bolt of plasma coming towards him, and barely had enough time to get his shield facing the car before it exploded casting him into the air. Landing with a heavy thud he felt the wind knocked out of him. Opening his eyes he struggled to get his vision into focus, or the ringing in his ears to stop. Sitting up slowly he saw a pair of Dominators approaching him guns drawn at the ready. Only to be swatted away at the last second by Goliaths hand.

Ah. Fair enough. Is she taking on the Kroloteans or the Chitauri..?