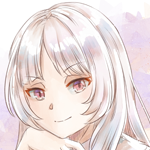 I'm a fuckin' weeb, but one of my great-grandparents was Japanese and a Japanese can't be a weeb by definition so...
7/8 Weeb
...kill me.

In Advent of the Dawn —A Mecha Musume/Tokusatsu-Inspired RP → 7 mos ago Forum: Casual Roleplay 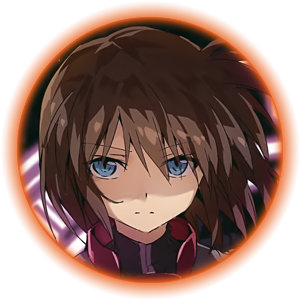 Now gathered with her two squadmates, Pyralis received second opinions regarding what she saw, confirming that her eyes - nor sensors - were playing tricks on her; there really was something titanic lurking under the surface. The brunette's instincts steadily went to a level where she subconsciously prepared for hostile engagements, especially when she saw those collections of lights; as mesmerizing as they might be, the circumstances surrounding them made them ominous instead. Thus, when the lights began growing brighter, Pyra didn't even regard Elise's half-hearted mutter and instead expected her shout.

"Infernus to Horizon Command, a hostile aquatic Warped engaged us at the Sydney Harbor, over." The short-haired frame pilot reported calmly to the mobile fortress even as her chi-mechframe blazed to the side, avoiding the torrent of beam attacks. "Engaging hostiles." If the thing was adamant at staying underwater - as expected - then she had to employ techniques with higher penetrating power. With a plan in mind, she began charging the draconic lance as swirls of dragonflame coalesced on it.

Infernus then took aim downwards, holding her lance steady, "Gravios Beam!" she enunciated as she fired three successive jets of warped-scorching flames, much like an oversized blowtorch, a small but highly concentrated beam of steel-melting fire. However, at the same time, Selene seemed to be hit by one of the hostile projectiles, crippling her mobility as a result. Right, this was a battle, not target practice, their enemy was going to shoot back. "Supplice, please assist Selene, over." Fortunately, they weren't working alone.
In Grimoiric Heart → 7 mos ago Forum: Advanced Roleplay
I think I'm good with waiting for the moment. Don't hold anything for me. Worst case scenario, I'll just skip this downtime and join the next main plot event.
In Grimoiric Heart → 7 mos ago Forum: Advanced Roleplay

Lewas and Izurich are in a collab. We are waiting for @Villamvihar though but there's no rush on that front since it's a down period in the school.

More specifically, I proposed a Collab to Lewascan, but they haven’t answered whether they want to or not. Hence the current status is the same from before, pending their answer.

Honestly, I think they haven’t even read IC posts since a week or so ago, life has been busy it seems.
In Grimoiric Heart → 7 mos ago Forum: Advanced Roleplay
Just a heads up, I'm planning to have a collab between Lucette and Chinami. Current status: Pending Lewascan's reply.
In Symphony of Espers → 7 mos ago Forum: Casual Roleplay 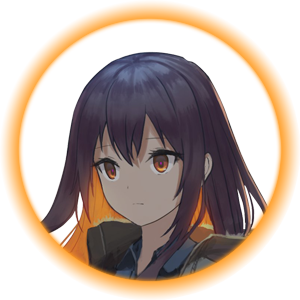 Entering the van, a revelation of such prominence presented itself that only a braindead idiot wouldn't connect the dots. Valkyrie frowned deeply at the crate, finally, bingo; but not that she had any doubts in the first place. The gun-toting esper was about to examine the incriminating crate when she noticed a certain Japanese girl in a hurry, Aria...? the brunette cocked an eyebrow, wondering what's up with her, maybe she was late for something, but well, none of her business, she had a bigger issue to worry about, she could just tell Aria about her findings later. However, even her second try at examining the crate was again interrupted by a high-pitched shout. Urgh... what was it now?

Still, Silmeria didn't regret looking up as a scene unfolded before her. A kidnapping attempt? Classic... oh, wait a minute; the sniper didn't have time to carefully examine who the victim was, but she noticed the glowing thing held between her fingers, between that and the fact that she was being chased by a mafioso... Is that... a grimoire? Though there was no chance for the girl to be answering questions as things stood, so Valkyrie just figured that she'd create that chance herself.

Cracking her neck once, the sniper esper aimed as supernatural orange sparks surged through her muscles and nerves. Nigh-instantly, her grimoire-enhanced body was further augmented by Hermod the Swift's power as she veritably aim-botted the grease-haired man and unleashed three successive sabots, all aimed at his knees. Let's see him try running now after he's nico-nico-kneecapped.

Furthermore, just in case it mattered to the ever-observant Grand Magistrate, Valkyrie's normal shots were practically silent, on par with Hollywood silencers as the railgun only emitted short sparks - akin to a severed active cable - each time it fired. 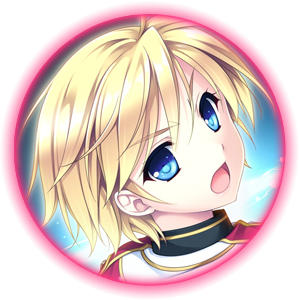 The blonde didn't utter anymore words until he finished dressing back up, fixing the cuffs of his tunic as the final step, a habit that he picked up shortly after he found out that he preferred to wear boy's clothes rather than frilly dresses and gowns. When Dot addressed him again, Liese's blue eyes turned away for a moment, simultaneously gazing downward and sideways, a slight rosy tint coloring his cheeks. In hindsight, perhaps a simple statement would be enough to convince Dot that they were both female, after all the dark-haired girl herself was in a similar position in this regard. However, Liese figured that both the message itself and how it was conveyed mattered. He felt a deep sense of camaraderie with his roommate and revealing his body through physical evidence achieved more than mere words could.

"That's true, but I needed to show you that you aren't alone." Liese's voice still kept that higher pitch, and within the quiet confines of their room, Dot could perhaps notice that his speech flowed more naturally now, like he didn't have to exert some kind of conscious effort to style his tone in a certain way, minor it might be. It could be surmised that this was Liese's "real" voice, the voice that a person had when bereft of any kind of manipulation. "I... never expected to find a kindred spirit here, but I'm glad I did. Without belittling your own hardships, I just wish to say that I know how it feels to have things taken from you due to circumstances outside of your control." After all, what were the odds that Dot's exile was a voluntary one?

The blonde curled a soft, relaxed smile at Dot's reassurance, sure he expected the girl would do that nonetheless, but hearing it himself wasn't unwelcomed, "My gratitude, in the end, we're fellow knights-in-training and mutual trust amongst ourselves are crucial to our success." His pitch returned to the one from before his naked reveal, but there was a more casual air to it now. "Now then, let's see about sustenance, shall we?" With that rhetorical question, Liese unlocked the door and stepped out of the room to meet the rest of the squad.

Just in time as the squad was gathering too, corralled by their leader's invitation to dine. It looked like everyone was here, well except for the commoner blonde, but Liese figured Julian would join them sooner or later. "We too wish to dine, together, as a squad." After the talk with Dot, the taller blonde didn't feel all on edge anymore. All things considered, there was just one person here that he hated, but as said before, even Liese was open to the idea of change if the indolent prince proved that he deserved his birthright privileges.
In Advent of the Dawn —A Mecha Musume/Tokusatsu-Inspired RP → 7 mos ago Forum: Casual Roleplay

--Quiet Before the Storm--

Now joining Supplice - who was already in the air - and then followed soon by Selene, Infernus was technically in a squad of three, but she didn't physically stick close to them, instead spreading out in a deliberate manner; their current objective necessitated such a formation for the best area coverage after all. Right now, things seemed to be quiet, perhaps too quiet for those who remembered how Sydney Harbor was a decade ago, always bustling with activity, day and night. Now, its vicinity looked more like a tiny seaside village at the north end of Scotland or something. However, sailors and fishermen needed not despair for humanity now had the means to fight back against the xeno incursion. Fate willing, the harbor would return to its former glory sooner than later.

Blazing over the ocean, her flames yet untouched by the opposite element just underneath her, Pyra went about her task methodically, eyes and ears peeled for any signs worth noticing. There was an ironic twist to this situation when juxtaposed against the battle at Saitama. There, Warped were everywhere she could see, even up in the skies, but right now, she was struggling to even find one. Yet, the sense of danger was the same between then and now. Pyra had no reason to believe that the moment she let her guard down, some kind of titanic sea serpent wouldn't jump out of the surface and swallow her whole.

The brunette's meticulousness seemed to pay off as her sensors detected some kind of clue, it wasn't something that was in your face kind of sign, but in lieu of the lack of anything else, it was as good as any. "Infernus reporting, I detected unusual pulses of light from this area... the sunlight seemed to be blocked by something opaque and large enough to do so, akin to a whale. Over." A part of her wanted to dive to see get a clear visual on the thing, but between shooting her Chi-Mechframe in the foot and the possible risk of being nommed, it was wiser to err on the side of caution.
In Grimoiric Heart → 7 mos ago Forum: Advanced Roleplay
@TheWendil I think at this point, we can put Tesni, Nessie, and Goodhope on the backburner for now. Their players can pick up where they left once they've returned.
In To Become a Knight! ~ A Chivalric (Mis)Adventure → 7 mos ago Forum: Casual Roleplay

It's been a month and I haven't been keeping up with the RP for a while, droppin out of line

How…? You weren’t even in it…?
In Symphony of Espers → 8 mos ago Forum: Casual Roleplay

Being so used to working mundane, droning jobs, Valkyrie was an expert at tuning out her sense of time as she went about the dullness. Sure, patrolling as an Agent of GEMINI was arguably higher on the 'prestige' tier than mopping up 7/11 floors, but unless something happened, the monotony was similar. And as it turned out, something did happen; a seemingly nondescript utility van, no different than any others roaming these godforsaken roads, at least when observed without prior knowledge. Fortunately, Silmeria was no layman, her little snooping a few days ago bore fruit as she recognized a certain company name.

Pax Landscaping... The esper-formed agent walked over to the vehicle, and it wouldn't take a genius to put two and two together. Boy, in some ways, Tony was dumb as rocks, huh? Out of all the logos he could choose for his front, it had to be a cereal mascot tiger, but well, he's a monster after all, what did she expect? For now, Valkyrie would check the vehicle itself for anything useful, then once she had done so, she would use her GEMINI-issued phone to trace down the phone number emblazoned underneath the logo for the same purpose.

The list of monsters and traitors that needed purging was long and ever-growing, but it'd continue to do so for as long as she didn't do something about it. Right now, a certain weretiger and his pack were due for some poaching. Skadi had given her a task and it was time to fulfill the hunt.