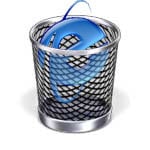 Radiant took a step forward and checked the surroundings around Blizzard.

"I'd say Blizzard looks pretty defenseless right about now," Radiant quipped. "You'd think she'd set up something to alarm her if anyone is approaching but we are this close to her. If we were one of those savages, oh it wouldn't be a pretty thing to see. Let's wake her up!" As she finished her sentence, Radiant began to set some items down from her pouch.

"Wait are you just going to head over and shake her?" Wu asked with a bit of concern.

"Of course not. Maybe there's a trap closer to her," Radiant said mischievously, darting her eyes at Wu. That's why I have this," she said, raising her hip pouch triumphantly.

"Are you...are you going to throw that at Blizzard?" asked a shocked Ibun. "What if you hit her head and knock her out or something?"

"Ah Ibun, don't worry about that. My aim is pretty good. I took down those combatants earlier with my knives right? The only thing in here are some rolls of bandages to give the pouch a bit of weight. If the bag doesn't incinerate mid air, then we can probably approach her. It won't hurt her. Probably."

"I say let's stick together for now. We might be able to find a floor plan somewhere inside. Then we can split once we have a better understanding of the layout. Probably still got those emergency fire escape maps posted on the walls." Radiant said aloud.

"Through the front or back?" Wu asked.

"Well, we are already at the back and I'd rather not waste time going back through the front door," replied Medivac. "In any event, our priorities will be locating the command room. If we can get that up and running, that will expedite investigations. If we are lucky, there may be floor plans there. Then we should look to restore the generators so that the communication radar comes online and we can link up with the other Haynek operators."

"Hey there should be cameras too! Maybe we can use the cameras in the communication rooms if electricity is back up?" interjected Radiant.

"Good idea. We can think about splitting up once we are at the command center. Once we have the generators up and re-established communication, perhaps we can inspect the bunker if the locals can be trusted. Anything else before we enter?"

--------
Actions:
>Go in together as 4 through the back
>Be on the lookout for any fire emergency escape routes maps posted on the wall/elevators (if they exist)
>Look for any signs that the complex has been used (disturbed dust marks, signs of subsistence living in the rooms) as they move in from the back

[Sorry, work ended up being more than I anticipated]
In Arknights: The Dark Woods (PaulHaynek & LiverisGood) → 1 mo ago Forum: 1x1 Roleplay
Will post friday. Got a lot of work to do atm
In Arknights: The Dark Woods (PaulHaynek & LiverisGood) → 2 mos ago Forum: 1x1 Roleplay
"Given that there were infected within running distance of this installation, I can see why your worried about an ambush," Radiant stated. "Others infected taking shelter inside will be within the realm of possibility."

Radiant continued observing the installation. Was splitting up to cover more ground such a good idea? They knew nothing of the layout and if they split into parties of 2, either group would have a significantly harder time to defend themselves against a group like that earlier. Then there was an issue of their communication being down.

"Frankly, I don't like the idea of splitting. We don't know the layout, our radio and comms are down at the moment so we won't be able to tell where either party is at. If we are going to split up, it should be after we've restored the signal in the area. What do you think Medivac?"

"We can waltz up to the entrance and split into 2 parties and loop around the right and left side of the perimeter until we meet with each other. No, there is a better way. Radiant are you up for a solo job?" Medivac asked.

"Oh? You want me to check out the perimeter alone? After all I've said?" Radiant responded playfully.

"Wait! Why is Radiant doing this alone? We should-" Wu interjected.

"Let me finish Wu. You concern for your operators is a fine thing but your tendency to jump straight into conclusions is something you need to work on," Medivac remarked sternly. "As I was about to explain, the three of us will make a loop around the left side of the perimeter. Radiant will cover the right side by herself. Eventually we will see each other and we'll exchange what we found."

"But Medivac, Radiant said it herself! We shouldn't split up!" Ibun said with grave concern. "What if something happens to her? We wouldn't know!"

"I'm touched by your concern Ibun," Radiant replied with a smile. "But I understand Medivac's reasoning. It's also a sign of his confidence in my abilities that I am going alone. I am the fastest and agile among us so there are places that I can reach that you guys can't. Having someone tag along with me would slow me down."

Radiant reached for Ibun's shoulders and held them firmly as if to reassure her concerns. "And besides, this isn't the first time I've worked alone and I don't plan on it being my last. Information gathering and reconnaissance is something that I am intimate with."

As Medivac continued to observe the body, Radiant took out a pocket handbook and began to jot down some notes.

"What are you writing down?" inquired Ibun, "Are you-are you taking down field notes? Out here?"

Radiant looked at Ibun and chuckled. "Ibun, if not now, then when? Besides, this is part of the work we do. I am just writing some quick notes on how these infected treat the their dead. Putting mushrooms in their eyes is a first for me. Besides, Wu is keeping watch. Right Wu?"

Medivac furrowed his brows. There was simply not enough information to make a conclusive statement. For what purpose did those savages do this? "Perhaps this is their way of performing their last rites?" he suggested.

Medivac stood up. "We can only make conjectures. At the very least, we know a little more about these so called savages. We're better off talking to one of the townsfolk about what we just saw here when we have the chance."

Medivac turned in the direction of the radio tower. "Leave the body as it is. There are more pressing issues to worry about. We've already spent a significant amount of time here. Let's not tarry too long."

==========
Move towards the radio tower as a group
@PaulHaynek
In Arknights: The Dark Woods (PaulHaynek & LiverisGood) → 2 mos ago Forum: 1x1 Roleplay
@PaulHaynek

"Wait a minute Wu!" Medivac exclaimed. "These individuals were clearly huddling around something before they attacked. Let's take a quick look at what they were and then make our way to the tower. If we are going to be here for a while, we should know what these savages are interested in. It shouldn't take too much time." Medivac began to move before Wu could respond.

As Wu walked past Radiant, she took a glance at Wu's bloodied shield. A lethal response to their problem. She was no stranger to killing, Then again, these savages had the intent to kill so any of them from Haynek were justified in using lethal force for self defense. And these were infected living in the outskirts and the villagers didn't appear to held them in high regard. Perhaps this would help them earn some points with the mayor?

Radiant knelt down next to the downed savage that she knocked out. She grabbed the originum headdress and carefully placed it inside one of her field operation bags. An interesting find.

"What are you doing?" asked Ibun?

"What else am I doing Ibun? I'm gathering data! We can take a look at this when we reach the radio tower. Might be nothing special at all but this is documentation on the field!"

Closing her bags, she stood up with her sword in hand carefully observing her surroundings. Radiant paused in the direction of the howling and felt her senses heightened. "Ibun, stay close to Wu! And make it quick Medivac! Never know if their howling might attract others."

====
Radiant keeps watch as Medivac quickly searches the area where the 6 figures were huddled around.

After the search, continue with Ibun and Wu to the radio tower if nothing else happens.
In Arknights: The Dark Woods (PaulHaynek & LiverisGood) → 2 mos ago Forum: 1x1 Roleplay
@PaulHaynek

"Thanks Ibun!" Radiant shouted. The pain on her ribs dulled considerably with the Liberi's healing. "Medivac, you go on straight ahead! I'll come around!"

A rock flew just past her shoulders, narrowly missing her head. These savages were scarily accurate with their aim. Radiant rolled into cover behind a fallen log. She peeked out of cover and watched as Medivac pushed ahead alone.

Thwack! A shower of splinters fell on Radiant. Radiant quickly moved out of her position behind the trunk of another tree. "Damn, seems like Medivac wasn't able to draw that one's attention. That's some crazy strength!" Radiant thought.

Still, the vegetation around her was getting dense. It would be harder for the rock thrower to track her and hit her. Radiant weaved in and out between the dense foliage as she closed the gap between her target.

Radiant was now within rushing range of one of the rock throwers. She held her position, waiting for Medivac to catch up and cause trouble.

The rock throwers were now shouting frantically and the familiar and heavy footsteps of Medivac came into range.
======
Thonk thonk! The rocks harmlessly bounced off his shield. Medivac readied his baton. It was a blunt device but the strength of a draco meant that it was a weapon that could easily shatter bone. One hit on exposed flesh would leave more than a bruising.

The rock throwers were now shouting at each other as Medivac cautiously approached. They quickly encircled Medivac with rocks in hand.

"A pincer. Not bad, my shield can only protect me in one direction after all. I've had worst odds. All I need to do is take one of you down." Thonk, thonk! "Radiant will take care of the rest." Medivac raised his shield and charged the rock thrower in front of him. Perhaps a broken leg was in order.

Radiant rushed out from her position. With Medivac going after the one in front of him, she went for the rock thrower behind Medivac. Radiant raised her blade, using the blunt side to knock out the rock thrower.
© 2007-2017
BBCode Cheatsheet