The Roleplayer Nobody Likes 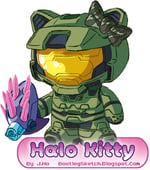 Mmm, I'll go with Sanzakura on this one.
In A Guild Adventure: An RP with Monster Girls! → 2 days ago Forum: Casual Roleplay
@ShwiggityShwah

Ah, Ozzy and the others can make it to Yang and Ada.
In A Guild Adventure: An RP with Monster Girls! → 3 days ago Forum: Casual Roleplay
The Things We Do For Love
~@Stern Algorithm, @13org (FYR)~

"One of the cooking contestants got kidnapped, and we're trying to seal off the fair so they don't get away. Some are heading for the entrance, others are going to the port. I'll try to contact the authorities. If memory serves, Sister Riñas said she was hosting the quiz game, right?"

"I see. Quite the predicament we have ourselves here." Sir Reed remarked. "Say, who are the ones that went to the entrance?"

"Right. I'll go and meet up with them. They might need the help. Sir Freyr and Miss Haley should probably come with me too." Reed declared. "You three are gonna try to find the Dark Priest, right? Well then, let's not waste anymore time." The knight then took off to the port's entrance to give aid to the monk and monster.

"Neil, stick close okay? We don't know what the Kikimora wants, but you can't risk you getting kidnapped too. We'll try to find Sister Riñas so she can alert the authorities, and maybe we'll find Ozzy too."

"Don't worry, I'll be care-- Whooaaa!" Neil was startled when the Liliraune's vine wrapped around him and lifted him up in the air. It took moments for him to process what just happened, being suspended in the air and all. "Uhh, uhh, umm..." He stuttered his words, flushed. "I-I-Is this really necessary, you two? Who-who's gonna carry you around?"

Fortunately for the three, the port's denizens were more than happy to point them to Riñas direction. She was found at the port's church. It looked saintly and white, unbefitting of her kind but she was just outside and talking to some other people. A group of four: a human, a Lamia, a Harpy and a Centaur.

When she was called, she immediately reacted. Noting the alarm in the Altissima sisters', she made haste to the three guild members. "Wh-What? What is it?" She quickly asked. "And why is Mister Neil up in the air? Did he do something wrong?" She pointed at the young man held by the Liliraune's vine.


"Margaret! You should come along! You get to see how male monsters and the Guild work together! Heck of a learning experience!"

Margaret took a large breath in to calm down, returning to her species' well-known stoic and calm nature. "This... is a lot to take in." She said in a quiet tone. "First, a multitude of male monsters. One is an incredible discovery on its own, but an entire group? Unheard of, practically miraculous." She looked at Ozzy and Ditzy. "And now, a kidnapping in this peaceful old port. Does your presence always invite such... excitement?"

"Regardless, we should inform the authorities. Miss Kira, was it? Do you have any specifics regarding this kidnapping?"
In Arknights: The Dark Woods → 3 days ago Forum: Casual Roleplay
Hey guys, since no one has posted yet and I've ran out of time, the update will be postponed to next week and give everyone more time to post.
In The Epic of Beginnings - An Isekai Adventure/Civ builder → 4 days ago Forum: Casual Roleplay
@Guy0fV4lor

At first, Nick was glad to be out of that courtyard. It was weird heading back down to the dungeon-prison-whatever but they were in danger up there so down they went. Unfortunately, the demon pup led them to a group of three of those wretched experiment monsters. One of them was armed too! A poor sword like the one from earlier, but still armed! Yeah, they really should've seen this coming.

But then Nick witnessed something extraordinary, Augusta put her palm out and a small blue orb formed in front of it. She could do magic?! The blue ball of magic then shot out, hitting the creature with the blade right in the chest. "Wha?! How the hell did you do that?!" It was one thing to be able to manipulate the weird stone's unseen energies but now she can cast actual magic? Why can't he do any of that, Nick lamented.

The creature was dazed and that allowed Isidore and the demon dog, now named 'Octavia', to do their work. The former sliced the wretched creature's limb to disarm it from its weapon. He slid it right to Nick, presumably so he could use it to join the fight. Nick reflexively picked it up, but was he really going to have at it? He has not been in a fight before, much less against strange creatures that did not exist back home. Sure they were weak according to Augusta, but how weak was 'weak'?

Octavia dealt with the second creature, evading claw swipes with awesome agility. The demon canine was also intelligent, it bit onto the wretched experiment's leg first to force it down before going for the throat. A predator in the making, Octavia was. That left only one more wretched experiment, and that one was about to lunge at Isidore who had no time to react.

Suddenly, a stranger appeared. A middle-aged man with a shield charged forth and crashed into the wretched experiment, pinning it against the wall. Isidore was quick to dispatch the creature with a single ram of his blade into its neck.

The fight was over and Nick let out a sigh of relief. Octavia had ran off deeper into the complex but they had an ally present that required attention.

After Isidore introduced himself and some other words before following the demon dog, Nick was the next to approach the stranger. "Nick. Thanks for stopping by. You come here often?" He introduced himself with a joke. "Listen, the guy's right. Wherever we're heading, it's pretty dangerous. Nice shield, by the way. How come everyone here gets cool powers while I get anxiety attacks?"
In Arknights: The Dark Woods → 5 days ago Forum: Casual Roleplay
@Travesty