STATUS: He lost his salt shaker while he was out. 17 hrs ago

17 hrs ago
Current He lost his salt shaker while he was out.
2 likes
3 days ago
Well, you'd have the incoming rent to offset the higher city rent. I mean, you'd still need to work, but it wouldn't be as bad as if you didn't rent.
1 like
3 days ago
Congratulation, Honor! That's amazing!
1 like
4 days ago
The thing to realize, about being a DM, is that your job is to ensure your players have a good time, not to enforce the rule book. The book is a tool.
2 likes
5 days ago
Veryin, the realistic Pokemon villain.
1 like

Guess I should write this thing, huh?

It's me, Citrus Arms. I'm 30(noooo), married, an aspiring indie game dev, as well as a hobbyist writer. Well, who here isn't. I've been meaning to write a book, but that's a big project and I've yet to finish one. Plotting a whole book is hard work, man.

I'm open to 1x1s and group RPs, feel free to invite me to something. I'm also part of a discord RP server of an old friend.

My favorite genres are fantasy and space, and I've got an original Universe that blends the two together. It's a post-apocalypse place, so there's everything from straight fantasy worlds to post-apocalypse survival available within the setting. Don't expect things to get too bleak, however. The universe recovers and grows stronger in unity, is the theme. 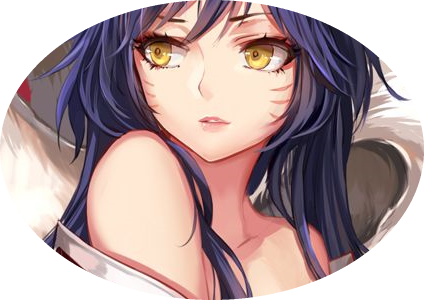 "My, that's a ruthless answer." That was the opposite of what Aiko usually heard along that line, but she supposed if Nur only sought after men, it made sense. Speaking of her new friend, Nur had started their bout with a rather strange tactic, keeping herself rooted to one spot. Usually, these things were a little more mobile, weren't they? Aiko was able to deflect a projectile from the other succubus, thankful her tails had a little strength in them. Mostly from wagging.

When Nur took such a great hit and fell, Aiko had to resist the urge to laugh at the over-acting. That must have been quite a blow to get that much of a reaction out of her. "So frail, are you?" She crept closer on her knees, a pillow in one hand as she watched for movement. This could easily be a trap, and it looked like it, too. The way her hair was beautifully splayed out around her, the perfect pose, the pillow nearby... That pose, though.

Feeling playful, and maybe falling for Nur's trap, Aiko flopped herself down on Nur's right arm, pinning it under the pillow she carried and her upper body. She tickled a tail up along Nur's right leg, grinning, "you're not actually out already, are you?"

There are more geodes, Lyra has some on her ship. Another character can come to the fore and we can explore the process a little more. Without knowing exactly what's wrong, though, this might be tricky to puzzle out.

If you like, I can write us forward some amount of time, maybe you'll find an entry for a new character or something?
In A New Light Amongst The Stars (CitrusArms and LadyAnnaLee) → 8 days ago Forum: 1x1 Roleplay
I mean, for putting Zarah and Zigma from the spotlight. The gathering power could have attracted the attention of some lone maverick Scourge from under the sea. Comes out of the sea at around the same time they go to Lyra's camp, bang, zoom, taken care of in maybe a grim way. :X

Could say that, in the aftermath of the sealing, the millennium before, a fight brought a cruiser or whatever and some Scourge assets here, and they crashed on the other side of the planet, and that's where it came from.

Like I said, that's... Drastic.
In A New Light Amongst The Stars (CitrusArms and LadyAnnaLee) → 8 days ago Forum: 1x1 Roleplay
Hmm. Well, that is unfortunate. Maybe you're just not vibin' with her. We can change direction and focus, if you like? You've an array of other characters already set up to choose from, we can shift Zarah and Zigma more to the rear.

Depending on how drastic you want to be about it, I might have an option. 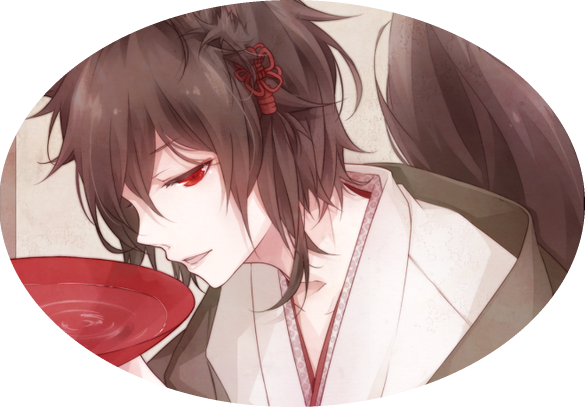 She opened up just a little, in return for his own abridged story. He'd happily draped an arm around the beautiful form as she spoke, idly stroking her hair is twirling a lock of it. It was relaxing, just snuggling up like this, talking. It didn't seem like she was giving him the whole story, but that was fair enough. It sounded like her story had many more twists and turns than their own. Honestly, Nur hadn't said too much, but it was a start.

"If that is something you want, I think you can find it. Who's to say we can't find love?" That little story about herself, brief a it had been, was informative. She was quite different from the other demons she'd grown up with. Aiko felt a certain comraderi with her. Though they were both demons, it didn't seem like either of them were very demon-like. Not what people thought of as such, anyway.

Suddenly, Nur pushed herself up and turned to face them, putting her hand on his chest as she propped herself up seductively, the way succubi were prone to do. She suggested they might both have something in mind, then shot to her feet and sprinted for the bed, "nope. I think we might have different-" they were interrupted by a pillow to the face, and a particular request hitting their ear, "... Ideas."

A particular request, indeed. They had to forgive her, they had purposefully avoided the topic. Luckily, they were feeling particularly malleable at the moment. They'd have to clear up the matter soon, however. That aside, she wanted a pillow fight? A smile curled their lips as they reached up to take the pillow in hand, pulling it down to reveal a different face and body.

"I still weigh the same, yknow. I suppose it is distributed differently." She offered a smirk, rising from the couch and taking a moment to adjust her kimono. Their body had softened, traded a little bit of muscle for a greater softness and volume in the right places. "I have to admit, I didn't expect you to request a woman's form."

She gave a the pillow a low toss into the air beside her, giving it a good spin as she sauntered closer before flinging it back at Nur, more to distract the other succubus while she dove in for more pillows.
In A New Light Amongst The Stars (CitrusArms and LadyAnnaLee) → 13 days ago Forum: 1x1 Roleplay
They were both eager to see her ship; the technophilia wasn't limited to just Zarah. She took that as a good sign, though she could feel Jessica's growing weariness. Her voice of caution, but Lyra had little to really fear from these people, that she'd seen. There was even a freely formed Aeva among these people. If they had more geodes, would they have formed more? Or was Zarah an interesting exception?

Lyra heard their complaints. Back by nightfall seemed to be the theme. At the very least, they preferred not to travel at night. There were plenty of illumination tools at her disposal, but they had the right idea. Once they got to her ship, maybe she could even provide them with some tools of their own.

"No list of chores today, but I can't imagine it will stay that way," Lyra gave a wave to madam baker, offering a pleasant smile. The mother seemed to be satisfied with Lyra's work.

She was listening in, too, though that was perfectly within her rights in her own home, with some stranger about, "no chores today, that's no way to treat a new guest. Sounds like the lot of you already have plenty on your plates, anyway." Mrs. Traveil eyed them wearily, most of her caution easily directed at Lyra. "If you must be off, then off with you."

"Oh, thank you." She hadn't expected the courtesy, but she'd have to repay it somehow. She turned to her forming party, "I'll get my gear. Mrs. Traveil, I'd take it out myself, but-" she stopped to a dismissive wave from the woman.

"Yes, yes, moving," Lyra offered a short bow before ducking into the guest room she'd been permitted. She had an idea to discuss with her exploration party once they were off. No need to mention moving her ship places where that might raise tensions. Just to the top of the cliff, so they wouldn't have to climb down. Jesse could use the pack to reach out to it, from a certain distance. Line of sight helped greatly, so the top of the cliff would certainly be in range.

On her way out the door, Mrs Traveil stepped in front of her and deposited a basket of bread into her arms, before giving her a final push out the door before she could say any more. This one liked to take her time when they were already late to start traveling.

It isn't like you to hesitate.
No, I suppose not. I have no idea how these folks will react to anything.
Well, if I were the elder, I'd probably get worried you
loaded them up and took them away, if I saw it.

When they were out of earshot from the village, and a little while after, Lyra turned to her companions while they walked, "so, question. I could bring my ship up to land on the cliff, once we get over there, but I think your elder, or anyone else that saw it, would probably freak out. Opinions? And did anyone bring jam? She may have even included some in here..." Lyra began to dig through the picnic basket, just a bit. She could fly back and source one, if needed, though Zarah might have more success there. Maybe Mrs Traveil included one...
In Avalia → 13 days ago Forum: Casual Roleplay
Aiko Yume

"Most of the furniture's not mine, just the couch and the bed." He grabbed a beer from the cube and settled onto the couch, next to her, "so don't get too impressed. As it should be, my bed is where most of my spending has been. I'm, ah, not hitting on you." He stopped himself from laughing more than a chuckle, "you must be so used to that being some kind of come on."

"Me?" She was going to turn this around in him, was she? He popped the cap off of his bottle with a shadow. He'd intended for her to talk to him about her troubles, but, if that's what she needed to relax, they could start there, "well... I suppose the first thing would be I grew up in an orphanage in Domoros, among demi-humans. I escaped, after a while. I didn't even know I was a demon then," he adjusted his position on the couch, leaning back to lounge and offering her to snuggle up and get comfy, "except that I kept getting into other people's dreams. Not until I had a run in with my mother." A thought occurred to him, "my mother, not Mother." There was more affection for Lilith in his voice. "Somehow she convinced me to try living on the mountain. Worst time I've ever had, it didn't take me long to decide to leave again. I've been bouncing around from place to place ever since. Been here for a little bit."