Blade of the Eastern Sky 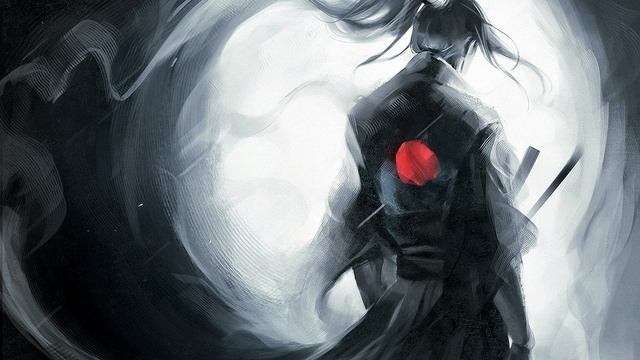 "Sword and mind must be united. Technique by itself is insufficient, and spirit alone is not enough..."


Ok, enough with the weeb. Welcome to my humble profile, reader. I go by different names, but on this site I go by AzureKnight. Nice to meet ya, by the way. I enjoy RPing as a way of strengthening my world-building, character-developing, and overall writing skills. In my brief time here I grown to like this site quite a lot, and I've learned much from the various forums featured here.

As for what roleplays I like, I enjoy anything action-oriented. I'm fine with any settings for the most part, though I'm more inclined toward the magical and sci-fi. Also, I've gained a sort of preference for RPs that allow users to play as multiple characters, but solo is fine either way.

As for myself personally I'm just your average 9-5 schmuck. I do my work, pay my bills, and contribute what I can to society. I also happen to enjoy binge-watching/reading anime, manga, tv dramas, and pretty much anything that catches my interest. I'm also an avid gamer, my favorite genres tend to change with time. Right now it's probably JRPG, hack-slash, and fighting.

That's all for now, reader. If you decide to post an interest check for an RP idea, you just might find me posting a character profile ready to be reviewed.

P.S. Hisoka is the greatest of all time. F*ck you, fight me. 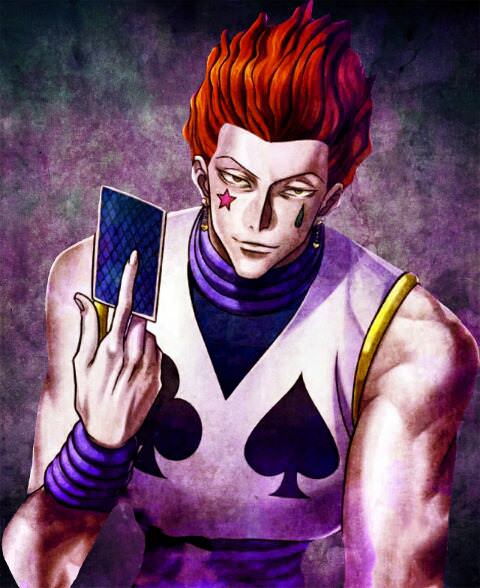 For those of you wondering who this character is, he is an antagonist from the anime/manga Hunter x Hunter. Here's a wiki page for more information. https://hunterxhunter.fandom.com/wiki/Hisoka_Morow

As she may her way forward, Nagare could hear the sounds of nature tearing apart around the combatants - nevermind the intense mana that was pouring out from the both of them. The roars alone increased the young ice dragon's heart rate. She had try to make herself sound as calm as possible to her guildmates, but even at this point she was still frantically thinking of a way to at least somewhat quell the titanic battle. A warning shot perhaps? A mediation, like from last night? I already tried that last night, and now look where we are... she pouted to herself.

She suddenly felt herself being pushed back by a large explosion that blew away part of the surrounding forest. Thankfully, her large dragon form allowed her to absorb most of the shock and not be blown back completely. After the smoke cleared, Nagare quickly made her way to the scene. But, to her dismay there were no combatants, only silence. She looked around for a moment to assess her surroundings. Hard to believe that two giant monsters could just up and vanish into thin air. She tried to sense were they could be, but she could feel nothing aside from the let over energy from the explosion. What could this mean?

While still searching for answers, Nagare soon came to the realization that someone else was missing from the scene as well.

What had happened to Morgan? It appeared she had vanished along with her other two fellow titans.

Vară listened intently as the Liliraune sisters apologized to Neil for something that had transpired on their mission yesterday. She was quite curious, much more than she would like to admit. After a little bit, the twins departed into the kitchen - it seemed that they didn't desire to go on any mission this time around.

After Neil had turned back to her, Vară began to blush, following suit with the young man. "Stop acting so flustered, you dolt! You're making this awkward!" She hissed in an exasperated tone. She tried to regain her composure with a prompt 'Ahem" before continuing.

"Well then, average boy, shall we get going? This quest isn't going to complete itself, and the guild could use some more finances."
In The Gray Garden: A Crow's Revenge → 11 mos ago Forum: Casual Roleplay
--Raven--

Missing Wadanohara'S first performance, Raven awaited the encore with a bit of intrigue. As she started playing, he could sense a serene energy filling the auditorium. It seemed that the Blue Sea Witch was putting her all into this performance literally; Raven had caught one of the bubbles coming off of her piano and let it sit in his hand for a moment. He could sense her essence emitting from it, indeed the entire stadium had filled with it. "Ah, the winds are smiling. A performance consisting of an enchanting beauty with a pleasant essence. What more could a passionate man ask for?" Mused the pro fighter.

Raven's musings were cut short unfortunately, as he began to sense a disturbance off in the distance "The winds are distorting, crying out." He said to himself, looking in the direction of the castle. While not wanting to leave the graceful presence of Wadanohara just yet, Raven was never one to turn a blind eye to danger. Or to a chance to exercise his muscles.

"Ah, truly it is a shame. My dear Wadanohara, it would seem that we must part ways here. Alas, my instincts cry out, as do the winds. Perhaps if they permit it, we can meet again under better circumstances."

With that, Raven made his way out of the stands and began his trek in the direction of the distortion. He noticed a hooded figure heading in the same direction. "Hey, are you one of the invitees attending the festival? I'm heading over to that castle in the distance because I sensed a disturbance. Would I be right in assuming you're heading there for the same reason?"

Nadia looked at the bubbles filling the stands as The Blue Sea Witch played her encore. She may have been one of the few viewers who weren't awfully impressed, she instead had a boring and slightly disappointed look on her face. It appears to be a simple emission of her mana to supplement her performance. She pouted to herself. Despite her disappointment, even Nadia had to admit the was quite the musician however. Being beautiful to boot, it was no wonder why so many flocked to fill the seats at the first mention of her performance.

"Lili, I think something's going on at Blancblack castle. I'd like to go and assess the situation, but could you warn some of the higher ups first? Better to be safe than sorry."

With that, Nadia removed herself from the stands and began making her way to Blancblack, still a little ways behind the other two trekers. While safety is a major concern, Nadia saw this as more of an opportunity to test out some spells she had been working on and to even see some new ones.

However, if my input has any value, I'll say that perhaps it'd be best to make another thread for the 2nd season. It could help to attract more people I imagine. Growing the participates should help breathe life into the RP.