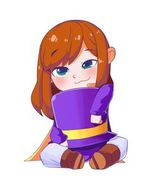 In The Storm Cycle: Reclamation → 2 days ago Forum: Casual Roleplay

The very moment Niall put the Axe in the Tuatha's hands it was as if he felt it was some sort of mistake. Up to that point it didn't really cross his mind that Tuathas, like Humans, could widely vary from one individual to another. The ones that raised him were calm, collected and secluded - what about this one?

It turned out to be revealed very soon that he wasn't as collected.
"W-what you came here from? No, we have to leave, if you follow me I..." but he couldn't finish the sentence before the Formorian lady caught them. Niall took the opportunity when the Formorian dodged the attack to grab his own weapon, now at the ready.

Niall knew he could take on the bandits outside if they came rushing in her - they could forge a way outside and, from there, escape the camp. He wasn't sure about the Formorian or her creations, so fighting a way out seemed like the safer choice.

"Look." he said to the Tuatha "I freed you to spare you their horrible fate. I have a duty and Oaths to keep - help me fight out of this camp. No point in throwing your life away now, is there? We can still take them if we go now." With that, Niall was ready to use his speed to charge the humans blocking his way out and take them by surprise before they could form up if the Tuatha agreed to fight their way out. If he refused, then Niall would need to use the chaos and escape anyway. He gave this man a chance, but his own Knight's vows were more important than dying for an...obviously not all there Tuatha.
In Grimoiric Heart → 6 days ago Forum: Advanced Roleplay
@Lewascan2 Just find yourself a studious friend who's sure to take notes for you while you skip classes so they can hand them to you on the day of the exam.
In Grimoiric Heart → 7 days ago Forum: Advanced Roleplay

"Our stories make us strong but stories are not told alone, they are shared in a group. That is what I've learned. To value what the stories of others can bring to you, and they can make the grimoires you carry even stronger."

"Well said, Miss--Hrm, that is, Valeria. An important lesson for this group to learn, I have been told."

And, perhaps, for myself. Maria thought. Maria took a moment to take in Valeria; she seemed relatively short, or had been at one point. Her modified limbs made it hard to tell. Otherwise, she looked like other girls if not also a little out of time, not unlike Maria herself.

"Not...quite." Maria said to Valeria's bit about becoming a student. "In all honesty, I have been tasked by the Ministry to take care of this particular group." she motioned to the other girls around before resuming.

"I believe their reasoning was that I could replace someone that came before me, but had to leave. You seem to have temporarily taken the role of teacher already, and know these girls well. At the very least, more so than me. Being an outsider as of now, I was wondering if I could count on your support in this new endeavor?"

The question was maybe too overkill - not that Maria would notice it herself - but it seemed clear and polite enough. Beside, it was true. Maria had been a loner for a long time so if Valeria agreed , well, having someone like her would surely be beneficial.
In The Storm Cycle: Reclamation → 10 days ago Forum: Casual Roleplay

From what Niall had seen in the first room, he was not too surprised when it was confirmed the Formorian practiced some sort of surgery and tests on prisoners. He was disgusted by it, of course, but more so worried at the prospect of what she could do to the Tuatha if Niall was unable to save him. The Knight briefly through about the possibility of overpowering the creature to maybe capture her, but just like the last time he dropped that pretty quick. In fact, it helped that the Formorian played right into the knight's hand by moving the axe slightly closer to him.

He decided to go for exactly what the Tuatha suggested. If Niall could grab that axe without a sound and bring it back to him, they might be able to escape the camp afterwards - if what he was told was correct. The Formorian seemed absorbed in her work, and probably did not expect anyone to have snuck into the camp so that played in Niall's favor. For the rest, he had to trust his skills and stealth.

The weapon seemed heavy enough in the hands of the smaller female, but Niall was a bit taller and felt like he could move it. Niall would drop his lance against the wall in the other room then sneak inside this one. He remained ready to jump the Formorian if she as much as began turning around, watching her like an owl would it's prey. Close to the Axe, Niall would attempt to lift it off the ground so it won't make a sound. If that was doable, he'd then begin to walk back out of the room, thinking at least he was armed now if she spot him.

If everything went without a hitch he would move back to the other room, bring the axe to the Tuatha, go back for his lance, and stand at the ready close to the captive, prepared to help him if he so needed it.

"Please, hurry." He whispered "There is not telling when she or anyone else might come back in here."
In The Frog's Pond | Ideas, Fandoms and Plots waiting for Partners → 11 days ago Forum: 1x1 Interest Checks
Bump ~ !
In Prophetiae Adventum: Envoys of the Pantheon → 11 days ago Forum: Casual Roleplay 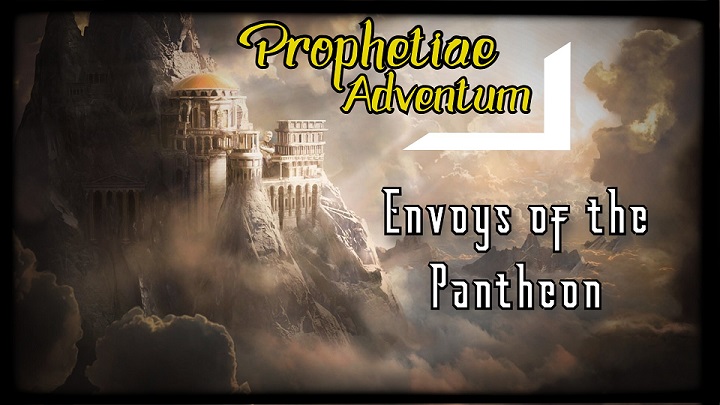 As the group went on to discuss their options and drunk and ate the food that as given to them, the time passed and some people began leaving either to get back to work or to head home to their families. Whatever the reason, the place had now died down a little. A duo of very obvious guards entered the establishment with their helmet off, signaling they were on break. They walked up to the counter, ordered ale and began talking. If anyone in our group of adventurers were to pay attention, they might hear the bribes of the guards' discussion;

"Pfft... those disappearances are bad news, I tell you."

"Drop it - no way in hell the Empire made it this far in the farmlands without being spotted."

"I tell you, Mark. What else could have snatched the men we sent to investigate? It's the Empire, and those dreaded metal monsters of theirs."

"Shut your trap and drink your ale or you'll start putting the people in town afeared, you idiot."

Apart from this brief exchange, anyone walking around the City would very soon hear or understand that it was split in many districts. The group was at the docks, but there was also a district where Temples to the gods were erected. Generally speaking, in such a large and multi-ethnic city, there would be small temples built to individual gods except for the three Evil ones; Otarr, Phynia and Reemis. Those would be worshipped in secret, or as needed. Apart from the small Temples of specific gods, one major Temple would be built where the statues representing the gods would be displayed along with altars for donations and tributes to give. It was a quick mental rock throw away to realize that information on Sol could probably be gathered there.

Coris also had a massive library in the very same district as the temples. That information, too, was public knowledge. What was known also was that it was well guarded and closed to the public, for it's content was owned by none other than Lord Dunham. While his fief of Goldshore was some days away Dunham, as Marshal of Coris' forces, mostly ruled from the Capital and was apparently a collector of knowledge. He saw sense in amassing books and scrolls and safeguard knowledge in his great library of Coris.

For anyone wanting to learn more they could always go see the Guards sitting at the tavern, or try the Gard's captain at their Barracks directly. It was possible to demand audience with the Marshall at the castle, but most probably would require a long waiting time if they even considered the request, that is.

Apart from that, other rumors circulating the streets, especially in the Docks area, would tell tales of troubles at sea. Merchants and ship captains coming back from the East apparently had strange sighting or, in same cases, claim to have been attacked at sea by unknown creatures close to Flemont.

Times were strange, and many things were going on in the world. Was it a coincidence that this was when the Envoys descended? That was to be seen.
In Urban Starlight Wonderland: A Magical Girl RP → 13 days ago Forum: Casual Roleplay
@VitaVitaAR
Heyyy.
As much as I love the setting of this RP and the character I came up with for it, I think I too will respectfully step away.
Much thanks though, it was a lot of fun for the time I was there.