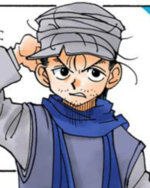 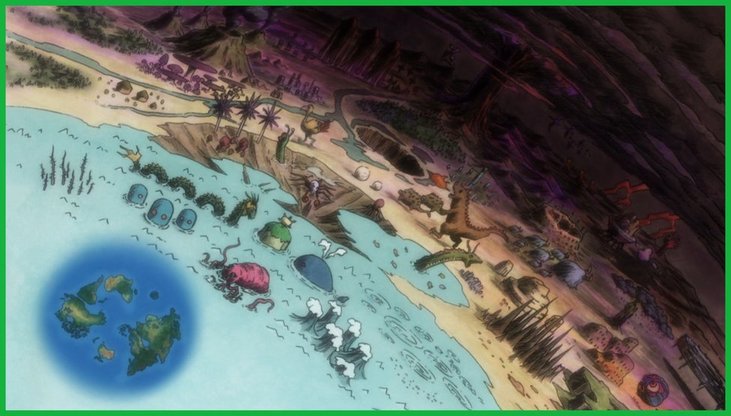 In an undetermined time period, the world echoes with anxious fear and anticipation. A century old expedition has been resurrected before the public conscious by a previously unknown sect of the Hunter Association. Nations have begun preparing for a new calamity to arrive, while thrill-seeking factions and hunter hopefuls drool at the proposition…

“The Dark Continent can be inhabited!”

A former Zodiac - a double-star hunter, by the name of Koki Kokkaku searches the numerous continents of the Hunter x Hunter world in hopes of rallying together a death defying team of hunters. He has tested the collective mettle of dozens of powerful figures to form a tightly-knit team of beast hunters. A previously unknown path across the colossal Lake Mobius has been revealed to the public, and an expedition verdict proposed to the ears of powerful nen users around the world.

Whether you are a simple laymen, or a veteran hunter - Kokkaku invites you on a spectacular adventure -- one that could turn the world upside down.

This adventure includes heavy emphasis on world building and character development. You have the chance to introduce a character that is either completely ignorant to things like hunters or the power of nen, to a prominent hunter with exceptionally dynamic abilities. All bets are off in this capricious adventure into the Dark Continent - a land where prey, predator and everything between fight against each other and even mother nature herself.

The roleplay will be delivered in several phases which are absolutely malleable to serve and adapt to the plot’s climate in any way:

Pre-Expedition Phase: This phase is for introducing characters, developing nen abilities (if your character hasn’t awakened them prior or finalized them) and showing off your powers. Various enemies will be introduced, including supernatural fauna, other malicious hunters with incredibly dangerous abilities and much, much more. This takes place in the “known world”, before the events of the Dark Continent expedition take place.

Lake Mobius Phase: This phase can involve heavy emphasis on politics depending on how your character interacts with the world, and also sea-faring travel. The group will traverse an endless expanse of water in order to arrive south of the Dark Continent. In this phase, the group will face terrifying sea monsters, and discover a potential race of merfolk… Depending on your choices.

Dark Continent Phase: We arrive at a section of The Dark Continent, uninhabited by any life recognizable back home. The “final” phase which could extend infinitely depending on your choices, which is an all-out battle against mother nature in the hopes of preserving a small chunk of land mass within the dark continent for humanity to develop in. This will be where “late-game” creatures come into play and begin terrorizing the team.

Rules: There are a few rules that need to be followed during, and before roleplay.
For starters, we will be playing by T1 Combat roleplay rules. PvP is something that will potentially happen, whether it be simple skirmishes between player characters or genuine rivalry. A lot of rules are based on common sense, such as no god-modding, or no controlling other people’s characters. A basic rule to follow during combat roleplay is to “attempt” actions rather than “do” them. When punching someone else, you have to describe “throwing” the punch rather than “confirming” the punch, e.g “I throw a punch towards x” instead of “I punch x”. This means the player being punched has to confirm the hit itself, though it should be noted abusing this rule is a direct violation of the “no god-modding” rule. The same rules apply to PvE battles (where I will be controlling most if not all of the enemies present).

Any and all details will be elaborated on in a seperate thread. Post your interest in the replies section below! A discord server will eventually be created, so PM me your usernames so that I can add you. If you have any character ideas already, a TL;DR in your reply is appreciated, and can be detailed in the new thread that will be created.

Thanks so much! Hopefully this is the beginning of a new adventure!
1x Like 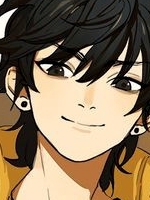 3424 posts
in 2201 days
Seen 7 days ago
Not going to lie, I don't think I could not throw myself into the fires of HxH. I don't typically do Advance RPs but I believe I have the skill for it and you look like you know what you're doing. As for my character, I got a vivid image of a normal college-student seeking adventure (that might change along the creation process though).