Advice for an up and coming GM? 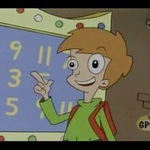 Back in when I was 13, (so about 9 years ago or 2011-12) I was part of a fun little rp group called S.c.o.u.r.g.e, short for Secret Committee Of Unlawfully Revengeful Global Extortion. It was at first just a bunch of random teens rping essentially as gods. But it quickly became one of the most popular threads in the forum. (note this was a forum for essentially a tween demographic website, I don't want to share it's name due to some recent bad history.) Cue years later after a long awaited reunion, my best friend and owner of the group decided to reignite it. So with a group of 4, we attempted to recapture the past. It didn't end well, to say the least, our dm was never around and with all having our own arcs, resentment and attention envy quickly festered, and us being in our late teens, hormone induced drama insued. Cue about 2 years later, we all sort of just gave up trying to make Scourge work, and feeling like his idea was the only thing holding us together, our GM disppeared. Years ago, we agreed if he ever couldn't run it, I'd be the new owner, I intend to keep that promise. That's my situation. I've got about 5 years of invested rp history, now with a full worldbuild, including a full map of the planet, 2 alternate universes, and about 63+ named characters.

Scourge itself is much like Myriad Reality, where the there's no limit to the kind of character you could make (sfw of course) and adapting the lore to it.
Because of this, there are so many unexplained powers and character origins that it's baffling it doesn't come up to bite you back in-universe.

To my point, what do I do with all of it? I've tried so many mediums to keep it alive, like a sloppy webcomic, a never finished novel, and other projects where I always fail to come up with a good plot and get doubts about doing the series justice. My current hope is learning code and attempting to make a full indie game.

I don't really expect answers to this problem, but just more of venting that this situation has left me feeling really lost.
Hidden 5 mos ago Post by Dark Cloud
Raw —

Member Seen 17 days ago
Dark Cloud
When the spaghetti is done just right.