Guide: How To NOT Be A Sue 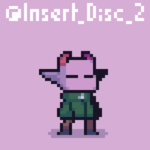 4 posts
in 2 days
Seen 5 hrs ago
Marie-Julia Harper O'Nova Hyperlight Potter Sue VII, or as she calls herself, Julia is the daughter of a Mary Sue. She is destined to be one and spread the curse of The Sue to another universe, but she just wants to be normal. Will she defy her perfect fate and become normal before her 15th birthday? It's all up to how she's guided

Hello hello! This roleplay is exactly what it says on the tin: A Mary Sue doesn't want to be a Sue so she's going to defy her fate! How are we going to do this? Well, first off it's not your average roleplay; it's a Quest!

A Quest is a kind of roleplay in which you all vote between choices which the character you're controlling will make. The choice with the most votes wins! It's very much encouraged to discuss amonsgst yourselves before a choice is made and such. It goes like this:

What Do You Do?

To vote, put an [X] before the vote and post it. If you want to add more simply do

I'm not really sure on which category a Quest would fit in so I put it here ;3;
This would be mostly a parody thing towards Mary Sues or something and hopefully people find it fun ^^

Edit: A page has been made in Free and can be found here! 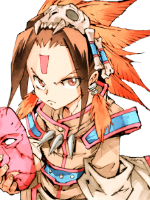 786 posts
in 644 days
Seen 4 hrs ago
Bio
Sounds silly and fun, I may pop in and vote from time to time if you decide to go through with it.
1x Like

3328 posts
in 2661 days
Seen 15 hrs ago
Bio 1 day ago
This could be fun! If you get enough interest in this or you just want to go for it I'd suggest either posting in Free or Spam. Free is normally for shorter back and forth posting RPs but I've seen some more 'gimmicky' games in there though Spam is normally where stuff like this goes. Just because it's called spam doesn't mean it's all spam. There's been some pretty awesome games done there before!
1x Like