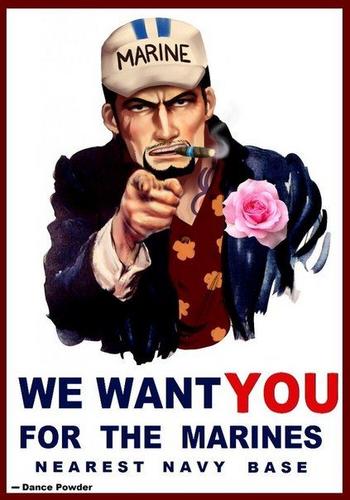 The seas are home to the scum of the world. Thieves, cheats, gangsters, murderers, and worst of all, pirates. Although under the watchful vigilance of the marines, there are still those unfortunate enough to still be at their mercy as their local governments struggle to manage to get by against those villains who would seek to cause them harm. The answer to this? They call out for heroes. Great men and women who seek to uphold justice and stop the evil-doers from ravaging their lands. Ones who will put an end to this horrible pirate era. It is the Marines who stand proud to save the innocent. The marines will be the ones to put an end to all the injustice in the world and put to rest this chaotic search for the One Piece.

You may stand as an outcast. Perhaps one who just fell short of satisfying the needs of your higher ups. Perhaps your strong ego clashed against your superior leaving a blackmark upon you with their only wish was to get rid of you. Maybe you’re just someone with a dubious past who had no choice but to enlist. Whatever your reason might have been, you have found yourself recruited into a brand new experimental squad. The Last Option Squadron for Extraordinary Rejects (L.O.S.E.R.) is a smaller crew from your typical team who actively seeks out problems to solve.

Welcome to the Marines, Loser!
This is a roleplay set in an alternate universe of the One Piece world. The story takes place during Gol D. Roger’s execution. Aside from Roger, other canon characters will not exist. The story will be about a newly formed ship employed under the Marines to actively seek out various islands to investigate for and eliminate any threats. While most Marines wait for orders, LOSERs are able to act on their captain’s (questionable) whim and do as they please, so long as a direct order isn't given to do otherwise. I'm looking for a smaller group of players with the goal of working together to create a compelling narrative with the hope of having the chance to dive into each character and flesh out a bigger story while incorporating elements directly related to each character. In many ways this is much like a normal One Piece Roleplay, just this time the law is on your side.

Name: You got one, maggot?!
Age: You're all greenhorns to me!
Gender: Doesn't matter which way you bend, you all break!
Race: Race, shmace. You're all losers to me!

Personality: You got feelings, newbie?
Backstory: What's a runt like you doing in a place like this?

Abilities: You gotta be good at something?

Inventory: What's that you got there, maggot?
Hidden 4 days ago Post by Octo
Raw — 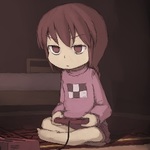 90 posts
in 2219 days
Seen 16 hrs ago
This seems interesting! I like the idea of starting off as the group of misfits nobody wants. I'm not a One Piece expert, but it sounds fun anyways.