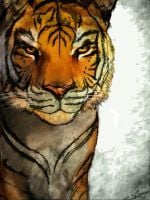 2 mos ago
Current @Zelosse Don't be like Rudy Gobert, DPOY - Dumbest Player of the Year. Just don't.
2 likes
4 yrs ago
Just came back from being brutally, utterly wrecked at the 2016 Long Beach Dragon Boat Festival. Then nearly going broke after a full day at Disneyland.
4 likes
4 yrs ago
Congratulations Class of 2016! We finally made it out of the purgatory that is K-12 education! XD
1 like
4 yrs ago
Just placed 2nd with my robotics team at our tournament today. Only thing that kept us from 1st place was the dreaded L word: LAAAAAAAAAAAAG!!! T_T
4 yrs ago
What a day I've had! First a blackout no doubt caused by living near the Super Bowl stadium. Then a logical leap to work on my computer offline, aka clean a bit of dust inside only to nearly break it.
3 likes

What's up people, here's my intro, just deal with it. B)

Anyways, this is my first time forum roleplaying, closest thing I've ever done to this would be chatroom Mafia and organizing a Facebook faction page for gameplay, besides IRL PnP RPing. However I'm quite prudent and dedicated to being online everyday just to check for posts and such. I'm also very (overly?) assertive when it comes to dealing with game mechanics and GM rulings, and I will raise issue with the GM when I find one that's loose, unsatisfactory, or missing (I may come off as a harsh critic at times, though offering an assistant GM role would help XD).