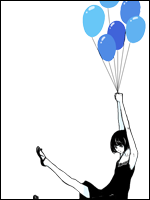 In Hunger Games RP with Randomly Generated Events, just trust me on this one. → 4 yrs ago Forum: Casual Interest Checks
@Mattchstick I'd like to take that last slot! :D
In Kingdom Hearts: Shattered Planes (Working Title) → 6 yrs ago Forum: Casual Interest Checks
I'm interested as well!
In Potential Player-Driven KH Experience → 6 yrs ago Forum: Casual Interest Checks
I'm interested as well! :)
In [Naruto Fandom] Birth of the Nindo [AU / Original / Long-term RP] → 7 yrs ago Forum: Casual Roleplay
Like a single ray of sunlight breaking through the doom and gloom that was Kirigakure's default atmosphere, the Shirakawa family's household was a lively contrast to the unsettling silence that befell the town ever since the incident. There was loud singing, some of it good, most of it ear-shatteringly bad; loud chatter about the most nonsensical of things, like whether sewing needles could replace kunai knives in the standard shinobi artillery; and loud laughing from Anzu who thought everything was hilarious. While the rest of the village wallowed in the wreckage left in the wake of the rogue Jinchuuriki's rampage, reeling at the loss of valuable crops and lands, the Shirakawa family celebrated and splurged. They would worry about food when their private stock start running low, and that wouldn't be for at least a week. What was the point in dismaying now? It was the night before Anzu's first day at the academy, and her mother was fiercely insistent on throwing a party for the only child following in her footsteps, national food shortage or no.

Her father returned from his delivery just in time, bringing with him a pleasant surprise courtesy of the Konoha villager that had received the parcel. Apparently, the town had been preparing for their annual Festival of Flowers, and he had come at the most opportune time. With the villagers in high spirits, they were far more charitable than usual, and they treated him to a basketful of food and sweets. It normally took him ten days to travel all the way to Konoha, but with the sweets and his children's excited faces as incentive, he cut his time in half, recklessly tapping into his chakra reserves to do so.

He arrived completely drained, and he passed out within minutes, but there was a stupid smile on his face, so he probably thought it was worth it. At least that's what her mother said. Anzu and her brothers devoured the sweets he brought in a fraction of a second. In retrospect, that was probably the main source of all the loudness. Fueled by sugar, Anzu bounced about the house, making a mess out of everything in her path like a hurricane that was singing at the top of her lungs. She and her siblings sounded pretty well together, but then their mother joined in and the pressing need to wear earplugs arose.

The night passed in haze of laughter and nonsense and before Anzu knew it, morning came. She woke up sandwiched between her brothers and her father, all snoring away. Her mother was the only one up, rather unusually, and she was waiting for her by the dining room, looking a heck of a lot more somber than she did last night. She gestured to the seat across from her, the already permanent scowl on her face deepening. Anzu flinched instinctively. Uh-oh. She approached her mother cautiously, taking baby steps to stall until her mother cleared her throat threateningly. At that point, she practically crossed the remaining few feet in one giant leap.

Her mother began by pursing her lips, and she immediately expected the worst. "From today on, you'll be working on becoming a ninja. It won't be all fun and games, even if you try to make it. It'll be a lot of hard work and pain and perseverance." She rose from her seat and approached her, her limping always more apparent in the mornings. Anzu thought she would get her head roughly rubbed, as her mother was wont to do, but instead she was treated to a warm hug. "I want you to always do your best--promise me that. Be stronger than me."
☔
Dressed in her trademark hoodie and rain boots, Anzu made her way to the academy, jumping from one puddle to the other. Everything was quieter than usual, she thought. It wasn't like Kirigakure was the most buoyant of places, but this level of bleak was record-breaking. Anzu hummed to herself to keep things light, but it did little to affect the gloom surrounding her.

She met with her friend and they entered their classroom together, taking the closest seats available. Their teacher wasn't at all the fun one Anzu had hoped. Like almost all of Kiri nowadays, she was tired and gloomy and had no time to waste for folly or fun.

Anzu idly played with her hood when the introductions started, pulling it up and down to keep herself busy as she listened. The first girl introduced herself as a child of the Hozuki clan, or the water people, as she knew them better. Anzu rarely saw this girl out and about the village, and it made her wonder whether the Hozuki clan was strict or secretive. Ooh, maybe they melted when they were outside for too long? That was kind of cool. She didn't have time to imagine Yoshiru melting, however, as the next thing she said would shock the tiny girl. Anzu all but gasped when Yoshiru corrected her thoughts, announcing that 'she' was actually a 'he.' She looked the boy up and down and stared at his face, the shocked awe in her own a little too obvious with the way her jaw dropped open and her eyes widened.

"Wow, you're cute enough to be a girl! Are you sure you're a boy?" she asked, rather loudly. The friend she sat with was someone who had taken to reining her in whenever she got out of hand, and he brought it upon himself to smack her upside the head.

"Don't be rude," he hissed at her before slinking back in his seat, the goody-two-shoes in him worried Yuzuki-sensei would reprimand him.

Anzu pouted but shut her mouth anyway. She pulled her hood all the way down so that it hid her face and mumbled about what a jerk her friend Kou was, barely listening to the next guy that did his introductions. His voice sounded very familiar, but she was too preoccupied badmouthing Kou to notice. Kou, on the other hand, ignored everything as usual and roughly elbowed Anzu so she would go next.

"Shirakawa Anzu!" she jumped up and put her hands on either side of her hips in a hero pose. "I have a scary mom and a funny dad and two brothers who are weird. Don’t tell them I said that. No, wait, it's okay. I think they already know." Anzu paused for a moment, tapping on her lips as she thought, before finishing on a slightly distracted note. 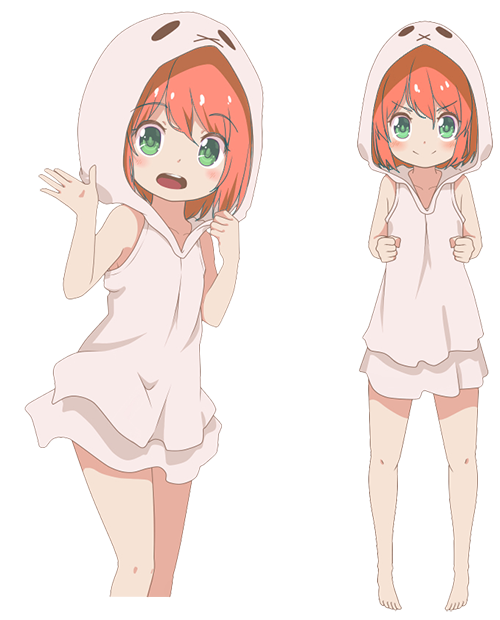 PRIOR HISTORY:
Small but enduring, the Shirakawa clan was once a nomadic clan that has since settled in Kirigakure. They are known for their innate resolve and sense of loyalty; it has been said that if you were to bestow upon their family good graces or even a sliver of compassion, they will forever have your back.

Anzu is the middle child of a wanderlust ridden courier ninja and an ex-hunter nin who reluctantly retired after losing a leg in the line of duty. Her family as a whole is an eccentric bunch, but they are as tight-knit as they come. She has a finicky older brother on his way into becoming a full-fledged tailor, using his amazing chakra control to create speedy and intricate ensemble pieces, and a precocious younger one already aspiring to be a weapons maker. Troublemaking Anzu was directionless in comparison, or so it seemed. She spent most of her time catering to her spontaneous whims, often running about the village to play with and pester whoever she can find. Her father was content with her fooling around if it meant she could stay relatively safe—he had always been especially protective of her because she had been born prematurely—but her mother knew right away she had the makings of a kunoichi.

They've debated about her enrollment in the academy for quite some time, but as usual, her mother would win.

PHYSICAL AND MENTAL HEALTH REPORT:
Anzu is in peak physical condition, despite earlier complications from having been born prematurely. However, she is well below average in size, standing little over a meter and weighing about 18.5kg. Her tiny frame makes her appear younger and makes certain things more inconvenient, but otherwise has no negative effects on her health. She even appears to have more than enough energy to spare, as many can attest to. Despite her notably quick recovery time, Anzu can be found sporting fresh bruises on a daily a basis, undoubtedly caused by her reckless habits.

Aforementioned impulsive inclinations, hyperactivity, and general inability to focus (and on the flipside, tendency to obsess over things she is interested in) suggests possible ADHD. She has to constantly be engaged in something she considers fun and doesn't take to sitting still; she'll resort to fiddling or fidgeting when forced to idle, and may even suffer from minor anxiety/panic attacks.

Although generally sociable, Anzu can be unwittingly direct and candid. She freely and fully expresses herself and never censors, and such straightforwardness doesn't bode well with delicate situations. Anzu shows the self-same tenacity and unflinching loyalty the Shirakawa clan is known for. When engrossed, she will pursue a goal to its conclusion, no matter the consequences. And similarly, she tends to act in a friend or family member's best interests, even to the detriment of her own.