Degenerating Culture As We Speak

The word for this bump is limerence. Limerence is a strong, involuntary infatuation with another person wherein you ardently hope they'll return your feelings. This kind of attraction skews more romantic than sexual.
In Chapter One, In Which Belgard Makes An Interest Check (1x1) → 1 yr ago Forum: 1x1 Interest Checks
I've wrung two new plot ideas straight out the brain rag.

The word of today's bump is moribund. When referring to a person it means that person is dying but in reference to a thing it just means that thing is in terminal decline. I always thought the difference in immediacy was a little odd.
In It's Like Kingdom Hearts But For Pretentious People [1×1] (Spoilers)《ASMR》 → 1 yr ago Forum: 1x1 Interest Checks
This is a bump!

In It's Like Kingdom Hearts But For Pretentious People [1×1] (Spoilers)《ASMR》 → 1 yr ago Forum: 1x1 Interest Checks 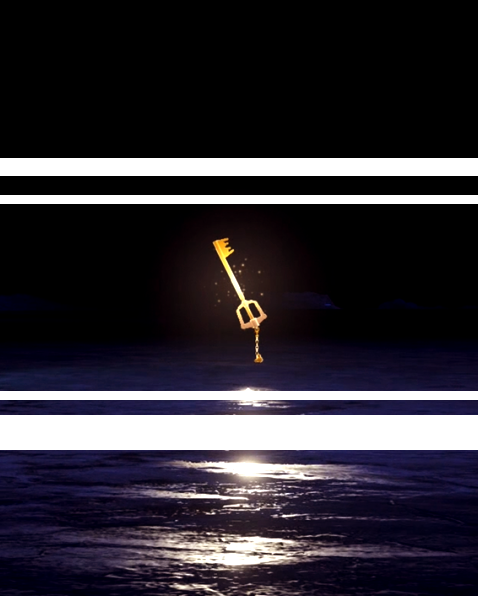 Did you play Kingdom Hearts as a kid?

Did you also miss the gameboy games and go into II confused as hell?

Did you then go back and play the game later and feel like Xion’s perception at the hands of others was kind of an unintentional mixed race allegory and ask whether or not essence predates the self like was Xehanort an evil baby or did he become evil and wasn't it bullshit that Terra damned Riku to darkness and why didn't they expand more upon nobodies manifesting hearts and like, wasn't the heart an analogue for the soul because they mention souls in three so what's that even about???

If you did then I implore you keep reading and don't answer any of the rhetorical questions in this thread!

I've ridden out the KH3 hype, listened to the Lore Reasons podcast by Waypoint, waited way  too much time for another console game, and if Nomura can be way too self serious about his works then dammit, so can I! It's been a hot minute since I've touched a fandom RP and I'd like to jump into it. Besides, it's gonna take another 17 years to get these questions answered anyway. . . Provided they even get answered.

So what am I looking for specifically?

To ride the hot edge of philosophical exploration and Kingdom Hearts fanfic.

Probably a dissection of the various Norty boys and Nobodies. Resetting the universe? How does a guy even come to that decision? What is it like to slowly manifest a soul? Is being dark or light inherent or does everyone get a choice? Is it situational? I want to write that! Seeing as I like the idea of apprentices era Xehanort and also organization XIII I figure we could write something with a split timeline and work forward from there.

Oh, and OCs. I also want OCs. Tell me what's more quintessentially Kingdom Hearts than that?

I also think exploring other Square Enix games as worlds could be interesting? I feel like the series may be branching away from Disney and depositing characters into Midgar or Spira could be fun!

So where does ASMR come into things?

I want to note that I'm not looking to make things DARKER AND GRITTIER as much as I'm looking for a more realistic take on tackling introspective issues than the “just stop being sad” theme a lot of the series expounds.

Anyway I don't know how to segue so here's my preferences,

♡High Casual. I can write three paragraphs or thirteen. I hate the word orbs for eyes and most fluffy epithets. That being said I don't mind if you want to drop the word sonorous in a sentence so long as you aren't being smug about it.

♡Friendly but private. I want to be friends! I just don't want to feel pressured to hand out my messengers and personal information.

♡When I'm busy, I'm busy. If I’m quiet don't @ me. I usually try to respond every other day, but there's occasional week long spans where I'm just plain ol’ busy. I'll let you know if I want to drop or I'm having problems with the RP.

♡I usually main girls and nonbinary characters but I'm more than happy to play canon guys. I can do MxF or FxF pairings, and whatever NB variants fall around those. Romance isn't required but I won't turn my nose up at it. I like shipping, even if it's ooc headcanons.

♡General don't be a dick rules apply. No racism/sexism/homophobia/transphobia.

♡No minors, please stay off my lawn.


That's that on that! Shoot me PM if you're down! I also have another interest check where more of my ideas go to live.
In Chapter One, In Which Belgard Makes An Interest Check (1x1) → 1 yr ago Forum: 1x1 Interest Checks
Bump for a new plot idea, as there are evidently not enough undead present in my stories already. Love a good lich.

The word for this bump is Photopsia. Photopsia are the stars you see in your eyes during headaches. Of course there are other instances in which one can see stars or flashes of light that aren't there, but a headache is the least spooky and worrying reason.
In Chapter One, In Which Belgard Makes An Interest Check (1x1) → 1 yr ago Forum: 1x1 Interest Checks
It's late but since I spent half my weeks up till six am that's not much a problem. I've got a few solid RPs goin' on but I think I could use just one more so here we go, a bump and a word, and this bump's word is callipygian. Callipygian just means. . . a big ol' butt. A bubble butt, if you will. Just. . . huge. I laugh every time I mutter it under my breath and honestly I think that's just swell.