STATUS: I’ve seen this argument before on the Internet. Pretty sure Drache is right because that’s literally the pronunciation found on the Nutella website. 5 yrs ago 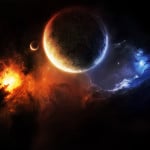 5 yrs ago
Current I’ve seen this argument before on the Internet. Pretty sure Drache is right because that’s literally the pronunciation found on the Nutella website.
1 like
5 yrs ago
Yeah... you just need to chill out. Look, you haven't been here for that long and you just gotta have patience. Throw your ideas and interest out there, that's all you can do to find good people.
2 likes
5 yrs ago
Oh hey, someone who's not shitting all over Andromeda. It seriously fell short to meet its hype and animations were jank as hell, still wasn't a terrible game and I liked it.
3 likes
5 yrs ago
Man... everytime Discord goes offline I'm reminded how important it is for my communications with people. All by myself now.
8 likes
5 yrs ago
So I'm starting to feel sick, little bit of fever and all. That's the reason why I might not be too responsive.

Alright new bio because the one I had before was about... two... three years out of date? Basically I haven't touched this since I joined the site. Nothing fancy to say here, I'm a person who also happens to write stuff with other persons. Simple stuff. In a more serious note I mainly stick with 1x1s nowadays, but not for any particular reason other than that's how it worked out. I suppose the other major thing to note is if we do have an RP going, and I haven't responded for a while then feel free to get my attention. I'm also a fan of OOC chatter, its nice to have, but hey it isn't required either.

DeadDrop 5 yrs ago
Thanks for entertaining the idea regardless, a bit sad you didn't respond.