Is Doing Their Best

STATUS: Ha, I like your style. Freljord is actually my second faction of choice in front of Bilgewater so I'll say lets meet in the middle and agree Freljord is cool. Braum is great, Ashe is the true queen. 18 days ago

18 days ago
Current Ha, I like your style. Freljord is actually my second faction of choice in front of Bilgewater so I'll say lets meet in the middle and agree Freljord is cool. Braum is great, Ashe is the true queen.
18 days ago
Why be cold when you can party like you're mentally insane from a poisonous gas leak? Also we have best birb Janna.
18 days ago
Also to throw my hat into this league conversation I'm more of a Piltover/Zaun kinda guy. Jinx is best and the question isn't can I kill that tank it's how fast can I kill that tank.
18 days ago
If Trainer Joey and his top percent Rattata don't make it into pokemon masters at some point I'm calling for a riot.
4 likes
27 days ago
I say go big brain and use the name Allfather

Heyo! I'm DamnTheGacha, I've been rp'ing for awhile now and decided to come and hang out here for some new company!
I like to think I'm a friendly person, and I hope we can get along just fine!
My interests include Rock Music, Anime/Manga, Fighting Games, RPG's, Writing (Obviously), Exploring the world around me, Learning and
studying new things or concepts, and listening to video essays in my spare time.
I play fate GO with some friends here on the site, HMU if you wanna talk some of that with me.
I'll be sure to expand here later.... This is just a rough draft if you will for later editing. NOW TO THE NEXT THING!

Well lets see, my main genres of choice are Sci-Fi, Adventure, Fantasy, and Steampunk. I also enjoy Post-Apocalyptic,Romance, and
R-18 stuff as long as it's paired together with another genre and a decent amount of other things going on besides all the other
stuff.

Sometimes I do Fandom RP's, but I hate running non-OC characters. Just something about that.... bugs me y'know? So I'll run within
the universe but I would prefer to avoid directly interacting with established characters. That being said I prefer fandoms that
facilitate that criteria of RP well such as Pokemon, Star Wars, and to a certain degree Harry Potter.

As for group sizes, I do 1x1's via PM's, Small Group, and Large with a player ceiling of 6. I don't like groups getting too big since
people start getting flaky more often than not and that throws me off my grove hard to have to work around that every other day ya
feel? In a 1x1 Consistency is key, I can't stand a 1x1 where I'm expected to do the leg work, gotta work with me there huns.

I will make a more through open interest check later.... Eventually.

In Reaching out to old friends. → 26 days ago Forum: Introduce Yourself
Welcome back to the guild! I hope some of your old friends are still poking around in these parts, and I hope you make some new ones as well!

That’s precisely the kind of thing I wanted! A moment that meant something to you in your experience playing at a table with your friends! Not gonna lie I’m a big fan of Final Fantasy myself and a Lizardman beast tamer named clint is something I would believe seeing in there. Anything goes as long as there’s one person either playing someone named or there being an NPC named Cid!

My table had an animal experience with a Dark elf player who tried to scare the druid’s cat off the table and knocked down an oil lamp. Burned the cat pretty badly, but when the dark elf was confronted by the druid he just went “He did it” and pointed to our Champion Fighter who was building a strong friendship with our bard. Deception roll Nat 20 against a insight Roll nat 1. From that point on Champion and Druid’s friendship was completely over and it became a running joke that she held a grudge against him for almost killing her cat.

It’s wonderful that you got to experience a session that you were so heavily engaged in that you felt the weight of the decision over your animal companion. That sounds like it was an intense and immersive game to suck you into it that well. Thank you for sharing that with us all!
In Adventurers! I want to hear your tales! - Dungeons & Dragons Discussion → 1 mo ago Forum: Roleplaying Discussion

Hello! I'm DamnTheGacha! I'm a decently experienced Dungeon Master at this point, at least I'd like to believe I am! I'm forever a DM, but not for why you may think! I simply love when my players are engaged in my settings and fall in love with their own characters. There is simply nothing more rewarding than seeing people around the table smile, laugh, and go home with new memories of friends and adventures that they will never forget. To me, this is the heart of the great game Dungeons & Dragons!

So I'll get to the point, I want to hear YOUR stories! Yes you, right there, you reading this right now. Your story. Tell me about a character you're proud of or the tale of a glorious success or failure that lead you to a moment you'd never forget! Please, I insist, I want to hear!

My Rules
My Rules are simple!
1) Don't be a jerk to others
2) Don't get smutty here
3) Feel free to discuss, I'd love to
4) I'm not here to hear about D&D green text memes, I want to hear about YOU! Please don't copy or repost those here.
5) I played in 3.5, 4th, and 5th editions, I don't mind what edition the story came from or even if you wanna do another table top
6) Please no ranties


If you want to show off your character, follow standard character sheet protocol with a hider like so.

Anything you want to put that's relevant here like skills or proficiencies:

(Backstory if you wanna):

I really look forward to hearing about your favorite characters and stories! Please don't be shy! 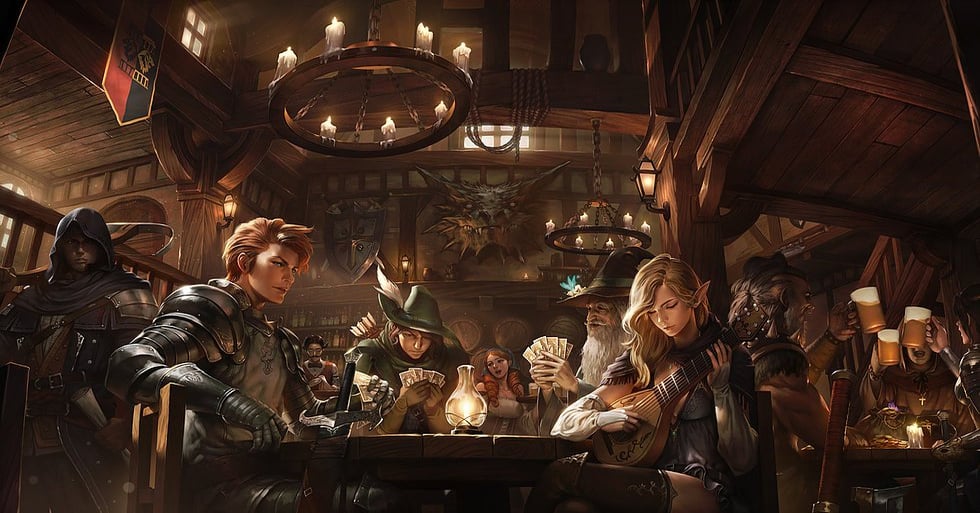