STATUS: To anyone I’m RPing with n’ such, replies will be slow since I’m out of town for family matters! But I will do my best to reply as soon as I can or later at night. Apologies in advance! 28 days ago 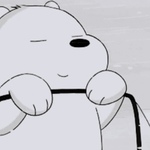 28 days ago
Current To anyone I’m RPing with n’ such, replies will be slow since I’m out of town for family matters! But I will do my best to reply as soon as I can or later at night. Apologies in advance!
1 mo ago
RP partners just going ghost like it’s nothing, didn’t know I was RPing with Danny Phantom this whole time ✋🙄
5 likes

Hey! Some of your pairings interest me! I'd love a new partner, pm me if you wanna!

Hey, sorry I honestly did not get notified about a message here!

Currently I’m set on partners, but I do however appreciate your interest in my pairings listed. Maybe we can RP in the future if you’re still around when I search again through my IC! ʕ ᵔᴥᵔ ʔ
In ❀•♡ ʜᴜɴᴇʏ’s ᴅᴇɴ ♡•❀ - (𝟷𝟾+ || ᴍxғ/ғxғ) → 1 mo ago Forum: 1x1 Interest Checks

You know what’s sweeter than honey?

You becoming my next RP partner ♡

Hello! I’m Huney, but feel free to call me Lexy or Bear, I’ll answer to any of the three. I’m 24, currently freelancing as a digital illustrator for now until I land something within the graphic design field, which is such a competitive field to be in but for now I’m enjoying working on my own time. Also, I’m the owner of the cutest boy around, he’s a border collie named Rossi. Honestly, I can’t even tell you how long I’ve been writing for, BUT I will say it’s been a good number of years. I took a break from RPG a year or two ago and came back a month ago, cause I missed RPing.

Currently, I do have a couple ongoing RPs and one that’s on “halt” at the moment, but I’d like to have a couple more partners. That being said - let’s get right into it!

Before we into discussing things further, there are some things I’d like to make known :

❀ Age Rating 18+ ONLY; No kiddos allowed, especially since I tend to add a dash of smut into my RPs. However, that’s only if the other party is comfortable; which I will ask whether you’re comfy with it or not.

❀ PMs I only RP in PMs, also if you’re interested in anything just shoot me a quick PM!

❀ Smut n’ Fluff I’m all about plot driven RPs and building up relationships along the way. So no, this whole RP will not be based entirely around smut, that’s just a key factor I enjoy adding in as the story develops more. If you’re not cool with smut, that’s fine too! I’m open to writing fluff or whatever else. Just gonna note that if smut does occur I’d prefer to not fade to black, but I’m comfy with fading to black for the sake of my partner.

❀ Character Sheets I prefer to make character sheets for all my RPs. Not really the type of person to just describe how someone looks entirely through text, I need imagery. As for face claims, I’m open to using either anime or real-person pictures, no preference.

❀ Posts As far as posting goes, I don’t really have a limit on how many times I post per week since I work on my own schedule which allows for flexibility and posting many times throughout the week. But if I’m very busy sometimes it may decrease to at least 2-3 posts a week. Also, I tend to range from 5-10 paragraphs at most on a good day but there are times where I may give you good 4-6 which still isn’t too bad.

❀ Absence Life comes first, so I understand if there are times where one of us may be absent and unable to post, which is totally ok with me! If you plan on being absent for a bit, feel free to let me know as I would do the same to you just so neither of us are left in the dark wondering what happened.

❀ Ghosting Also, I understand losing interest in an RP happens, which is perfectly fine! Feel free to let me know so we can either cook up something else or just part ways, I won’t be upset. I’d prefer you let me know instead of leaving me in the dark and going ghost on me, cause I’m sorry to break it to you but you’re not Danny Phantom. 🙄

❀ Literacy Mistakes happen so I’m not that much of a stickler when it comes grammar and typos. If there’s something you typed that I don’t understand, then I’ll just ask you to explain it is all so I have a better idea of what you meant.

With that out of the way, let’s get into pairings, fandoms and other ideas! More will be added over time, so I’m adding these just to start out for now.

For fandom based RPs I’d prefer to come up with our own characters! The only one I’m willing to play the canon characters of would be TMNT.

❀ ATLA
❀ My Hero Academia
❀ TMNT (Thought about adding a twist to this one!)
❀ How to Train Your Dragon

Stuff will be added here over time!

Don’t see anything here that peaks your interest? Feel free to PM me and I’ll let you know whether or not it’s something I’d be interested in fleshing out with you!

Note Last thing, I’m comfortable with both M x F and F x F based RPs! As much as I do prefer playing the female role, I’m also entirely open to playing the male lead with a side female character. Also, relationships between any of our characters can either be developed into being platonic or romantic throughout the story, all depends on what you’re comfortable with! Which is something we can discuss at some point either beforehand or in the midst of our RP.

Other than that, I think I’ve talked about just enough for this IC! If you have any interest or questions you’d like to ask feel free to PM or comment, PMs preferred though.

@ Whichever mod that sees this - As for the name change
I’d be good with huneykub since that’s free currently!
In Name change request! ʕ •ᴥ• ʔ → 1 mo ago Forum: Suggestions/Problems
Hello!