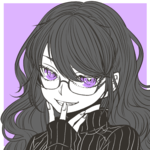 In The Crazed Kingdom, Gabaras → 13 hrs ago Forum: Casual Interest Checks
bumpy wumpy :sob:
In what typpe of pizza do you guys like → 24 hrs ago Forum: Spam Forum

Honeypie could you please pick up some paper towels when you get back from Ryan’s? Love you! 😘

**you come back from your 1-minute coma and realize your at pizzahut.**

sir this is a dennies
In what typpe of pizza do you guys like → 24 hrs ago Forum: Spam Forum

My wife is having an affair

I'm the wife
In what typpe of pizza do you guys like → 24 hrs ago Forum: Spam Forum

i like them thin crust
In what typpe of pizza do you guys like → 1 day ago Forum: Spam Forum

I should also mention the element of steampunk! Really- only Gabaras has these highly advanced technologies like airships but they were in the process of being marketed to the outside world. Alot of tools like guns or something similar were in their prototype phases and had to complete gaps with magic. So you'd have blunderbusses with magical functions i.e. shoot bullets made of mana-- so really they were just fancy wands/staffs!

I can't think of anything else at the moment regarding that idea so everything else is completely fantasy-medieval but if you do have any concerns just slap it on the character sheet and I'll try to make it work!
In what typpe of pizza do you guys like → 1 day ago Forum: Spam Forum
i'll go first.

Yay! I'm actually done with a big portion of the story so the actual OOC is practically ready to go-- if anyone does want a discord so we communicate faster please tell me and I'll up one right away!
In Heroes of Beacon - the Next Chapter → 2 days ago Forum: Casual Roleplay
I remember making a cringy character on here years ago when I was a wee-little baby. I would love to see this RP up and running again!
[center][h3] "Let's go in the garden... " [/h3][/center] [hr] [center][img]http://bestanimations.com/Nature/Flora/blue-hydrangea-garden-animated-gif.gif[/img][/center]
<div style="white-space:pre-wrap;"><br><div class="bb-center"><div class="bb-h3">"Let's go in the garden... "</div></div><br><br><hr class="bb-hr"><br><br><div class="bb-center"><img src="http://bestanimations.com/Nature/Flora/blue-hydrangea-garden-animated-gif.gif" /></div></div>
© 2007-2017
BBCode Cheatsheet