STATUS: @TheUnknowable - Because our phones aren't "compatible" :( What kind of crap-ola is that? 4 yrs ago 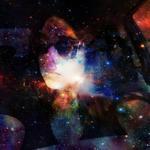 4 yrs ago
Current @TheUnknowable - Because our phones aren't "compatible" :( What kind of crap-ola is that?
1 like
4 yrs ago
I just had to set my boyfriend down for a nap after capturing Pokemon. I think we're back in 2005, everybody.
1 like
4 yrs ago
I left my string cheese on a cart that I was using at work and came back to find it on the floor. My coworker's butt had knocked it over :(
3 likes
4 yrs ago
"Wouldn't you like to be a big brother to someone like me?"
1 like
4 yrs ago
Ground Control to Major Tom.
1 like

I've been kicking & screaming for the past 23 orbits around Sol. If you learn about me through the multimedia I upload, then I am whoever you interpret me to be. My interests are ever-wavering, but I am always down for a space adventure or history lesson. I am not big on E.R.P but if the story happens to naturally come up to that point, please keep it tame.

{The Austean stuck between two parallel worlds: one she loved & one she grew accustomed to.}

Once the girls slipped into the sewer drain, Nyt gave a short whistle when she realized it was a lot darker than she had anticipated. With the echoes being thrown around, she could see in her head how many different paths they could take. She reached out to grasp Edwina’s shoulder and as she began to lead, Edwina suggested they call the city’s hero. She cringed slightly, hoping they had seen the last of him when he caught them with the Joker. She knew she would be beet-red in the face if they ever met again, but now they were really in need: much more than when they had asked the Joker to help them, apparently.
Sighing, she agreed with a short “Okay”, before she stopped in their tracks so she could focus on throwing her voice to him. It would be difficult, but being underground helped a lot more than being up in the city, where her voice could easily be drowned out. “Help us, Bruce,” she said repeatedly, feeling the soundwaves grow stronger and stronger until they traveled on their own accord. She continued repeating the phrase and the sound of her voice drifted away while her lips still moved. It took a full five minutes, as she concentrated on where he could be. She figured after he threw the Joker in jail, (if he caught him in time), he would head home and spend a quiet evening with his butler. At least, that’s what she would have done if she was a millionaire, she imagined.
Elsewhere, the alien wasn’t wrong: Bruce, indeed, did head home and let Alfred help him out of his costume while putting on his comfortable evening wear. He flipped through his phone for any messages that needed his attention or news that could affect the city of Gotham, but instead, he felt a nagging sensation that he forgot something. Settling down into his leather couch, ready to turn on the TV, his ears caught the faint sound of a female voice. It was vaguely familiar and oddly inviting, but the stronger the soundwaves got, the more frightened he became. Ghosts?, he instinctively thought.
“Help us, Bruce.”
Where have I heard that voice?, he wondered as he was frozen with fear, clutching the arm of the couch. He was equipped to deal with almost any sort of monster, but ghosts were especially difficult when you couldn’t beat the crap out of them.
“Help us, Bruce!”
The tone of the voice was much too worried for it to be a supernatural being and suddenly, it clicked in his head. Before he apprehended the Joker, he remembered the three females accompanying him. There was one female, in particular, who seemed unearthly and he only got a brief look at her before Barbara closed the steel vault door on her accomplice. “You just had to jinx us, didn’t you?” he remembered her saying. The last thing he heard her say before he slipped into the night was, “We… gotta go.” Shaking his head, he quickly stood up and called out to Alfred. The butler appeared to step out of the shadows, ready for his new task.
“Looks like I’ll have to suit up again,” he said begrudgingly. He could still hear Nyt’s voice in his head, pleading for help and it began to haunt him. “How can I search for the owner of a disembodied voice?” he wondered out loud, scratching the scruff under his neck. Alfred didn’t seem fazed as Bruce got lost in thought and simply coughed to get his attention.
“Might I suggest you follow the voice, Sir?” Alfred offered. Bruce stopped scratching under his chin and sighed; this man definitely deserved more than Bruce could offer with money. The man deserved a happy life and yet, he wanted to serve as a butler.
“Thank you. Let’s go,” Bruce said decidedly and quickly, the two got him back into his costume.
Presently, Nyt felt her soundwaves hit her intended target and she worked to bring back the conversation that Alfred and Bruce had by stealing the waves from their voices. “He’s coming!” she said excitedly as she clapped her hands. “He’ll follow my voice. Let’s keep going and move to somewhere less stinky,” she said with a grin.
In A Perilous New Order: Echo and Lucifer [Morose x Din] → 4 yrs ago Forum: 1x1 Roleplay
@Morose
Sounds good!
In Post Your Pikcha → 4 yrs ago Forum: Off-Topic Discussion
It's been awhile. 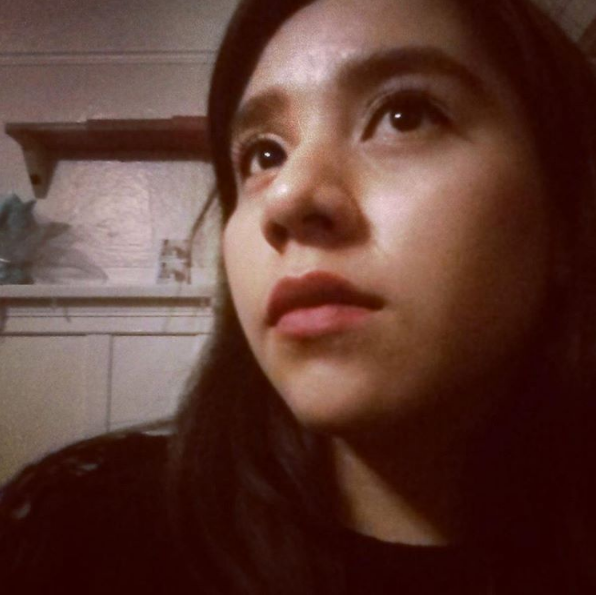 In Glass-Colored Pain. → 4 yrs ago Forum: The Gallery
She was exactly the same age he was when they had first met. She thought by this age, she would have everything in order, from education to career to love life. However, when he intercepted her path, she let go of everything she once held dear. She let go of her identity and allowed herself to absorb a new one, one completely unfamiliar to her and unwilling to bend to her sane cries. He was never supposed to meet her, nor was she ever meant to be his, utterly and completely. Yet, it remained that a piece of her soul was stuck to his, whether he knew it or not.
As the rain pattered against the brittle window ready to shatter during the next earthquake, she focused on the haunting sounds of the wind. It was as if though he whispered her name whenever thunder struck, trying to wake her up from her Dream State. It was no use; the only time she really traveled was in the Dream World. And in the Dream World, she still did not have him, nor did he know she was looking for him. She thought of the time when he first told her he loved her, jarring her out of her world like no other person had before. She missed how insistent he was that they were meant to be, but always in the back of her mind, she knew their time would come to a bitter end.
They spent not even a year getting to know one another, before their rollercoaster of a romance took off. The electronic bond secured their places in the internet for eternity, but their love had dissipated long before she realized what he was: a monster. A monster preying on the weakness of others to feel powerful, using her magic for his own gain. She would never truly know who he was beneath the mask, but she had a feeling he was a shell of a person when they had met. It was far beyond her reach, no matter how hard she tried to awaken the real person instead of him.
It didn’t matter in the end: someone else awakened the true demon as she silently sat in front of the glass-colored pane, stirring more milk into her steaming espresso. Sipping away the comforting taste of the coffee, she wondered if he ever thought about her. If she was an angel or just another one of his demons he was unwilling to confirm.
In A Perilous New Order: Echo and Lucifer [Morose x Din] → 4 yrs ago Forum: 1x1 Roleplay
Nyt Årud

Nyt was in the middle of relaxing with Edwina against the wall of their second train when her ears faintly detected the sounds of a helicopter flying much too close to their train. She hoped, more than anything, it was for some other criminal, and not the girls who just robbed a bank because the Joker wanted them to. Once the three resounding booms woke her right up, she knew in her hearts that someone had come for them, and her heart worked quickly to try to figure out who it could be: Batman, Joker, or the dreaded Amanda Wallace…
When Edwina and her ran to safety outside of the subway, the sky was the most colorful it had been since she crash-landed all those years ago. The smell of it had already wafted into their noses and Nyt looked around to see if there was a safe area to stash their crispy fresh cash. She motioned with her head to Edwina to follow her, against the walls of the buildings as she kept her eye on the helicopter. She tried to keep a low profile, long enough to find a small opening for the sewage drains and threw her two bags in.
“We’re gonna have to drop these for now and hope to God we can return for them later,” she quickly told Edwina. Looking back to the sky, she could see the helicopter now following them, and she knew full well they were spotted. “We’ll run into another drainage and travel that way. I think whoever is in the helicopter is going to think twice about the stench,” she said out loud, hoping she was right.
In A Perilous New Order: Echo and Lucifer [Morose x Din] → 4 yrs ago Forum: 1x1 Roleplay

@Din Oh awesome! :) I'll get a post up this weekend most likely. Bit slammed at the moment.